Amy O’ Regan discusses the change of momentum throughout the blogging scene with Dublin based style blogger, Damien Broderick.

Damien Broderick is one of Ireland’s leading male bloggers, working with brands like Louis Copeland and Sons, Primark and M&S amongst others, and is hugely influential in the world of fashion. He is normally seen wearing three-piece suits, sporting slicked back hair and letting his fabulous tattoos out on show. 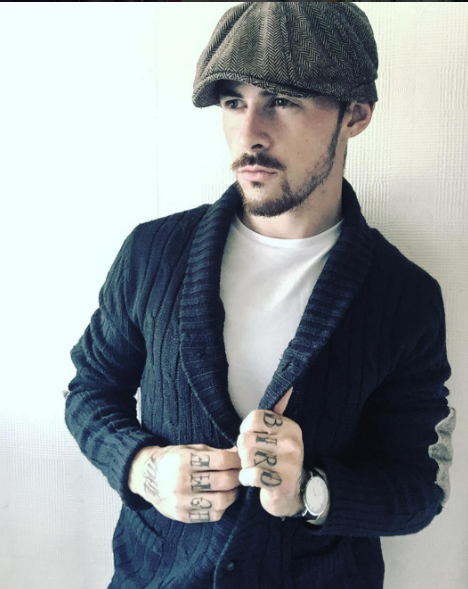 Like a breath of fresh air in an ever-changing world, the dapper blogger tells us how his clever wit, ambition and charismatic personality has seen his career go from rags to riches. Damien considers his discussion with British model David Gandy at an M&S event last year the turning point in his career, noting that, “After I told him I was working in a Tesco’s, he told me I should be working in fashion instead. So I went in the next day and quit my day-job and that was it.”

Damien also noted that his friends in the blogging scene helped give him a few tips and pointers to get started in the wonderful world of online blogging. Damien believes that his background in Photography gave him an edge over other bloggers, noting that, “It probably made my blogging far more professional than it was, especially at the beginning.” He also referred to his extensive research on bloggers in the UK and the US when starting out his blogging career.

I was interested in hearing what method Damien would consider for enhancing traffic toward his fashion blog: “Social media is a huge tool. So Instagram and Snapchat. I mean Ireland I think has the highest viewer count per capita Snapchatters in the world. So there’s more Irish people sitting at home flicking through Snapchat than anywhere else. Obviously then when you’re at events and people ask you what you do and you hand them a business card they go and check out your site.” It’s a particularly clever way to incorporate in terms of turning blogging into earning power. 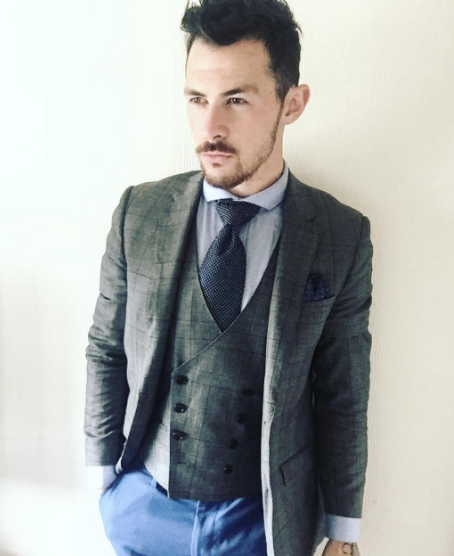 Damien is a fashion inspiration, having followed his career path and gone against the grain with his old 9 to 5 day job. He later admitted that there was never a doubt in his mind that pursuing a profession in blogging is where he wanted to be, noting, “Being an entrepreneur is like jumping off a cliff and trying to build a plane on the way down. I’m only young, I’m only twenty-five, so I can always go back to a day job when I’m thirty or forty of fifty if it doesn’t work.”

Certainly a very fitting outlook to have, as in today’s world we’re constantly working from the early morning to late at night, hardly ever stopping to ask ourselves what direction we want to go in and where we would like to see ourselves headed within the next five years.

“I always looked at it from the very first day, like a job or career. Blogging was never ever a hobby. I think that’s why I’ve been fairly successful so quickly. Apart from branding and image quality and content quality, it was more the fact that I treated it like a business from day 1, so that’s probably why it lent to the fact that it’s grown very quickly.”

In a world where so many people kick their career dreams aside for the better paying substitute, a real tap on the back has to be given to this twenty-five year old who is pursuing a career in something he loves. Damien stands out in a crowd, sporting a new and strong voice in the fashion world, noting: “There’s a lot of people who’d call themselves bloggers, who just put the word blogger in their Instagram because it attracts a couple of followers or a lot of people do it because they think they’re going to get free stuff. 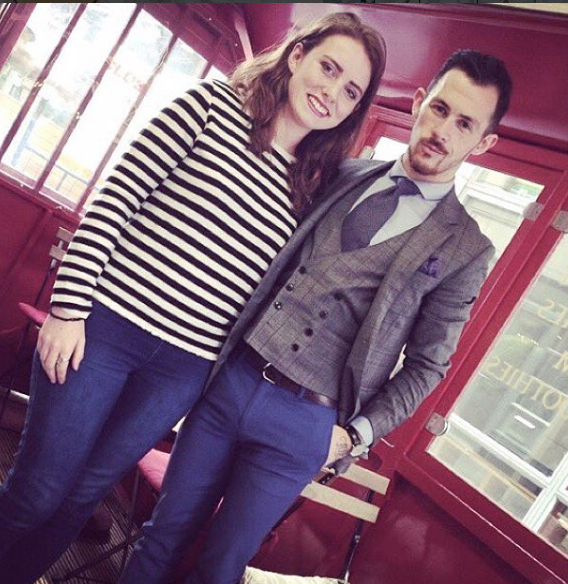 If you want to get into blogging, have a reason to get into it – have a voice. You want to have a message to send to people. My message was that I’m generally sick of Irish men letting their wives or their moms or their girlfriends or their partners dress them, or they’re just copying off whoever on Geordie Shore – wearing tracksuits outside of the gym 24/7. I’m a very classic type of guy, that’s generally my message that a suit is not just for a wedding or a funeral, you can walk down the street in a suit and look and feel incredible.”

Damien believes it’s his unique style and work ethic which turn heads and traffic to his blog, stating, “If you look at passer-byers nobody really wears a three-piece suit walking down the street, so if you do, you stand out and I think that’s helped my blog and my brand stand out as well.”

Whatever is next for Damien in his high-end blogging career and hot new trainee position at ahandtailoredsuit.ie, it’s clear that he’s meant for big things, noting for us, “In terms of turning it into earning power it’s just in terms of sticking to your guns. No matter how big the brand is, if they want it for free, you’re worth more than working for free, then turn it down – because in a year’s time they’re going to come back and offer you twice as much money to work with you then. So don’t sell yourself short and don’t sell yourself out, I think that’s the best piece of advice I could give anybody. Your time is your money essentially and your audience is your money.” Never a truer word came from a man’s mouth.

Damien has managed to carve out his own niche in a fast-paced, dynamic world. We had one more question to ask the Dublin man before we left off for our bus journey back to Cork: What advice would you give someone looking to start up a career in blogging?

“There’s room for plenty more men in the market. If you’re a girl I’d say try be different – there’s a million fashion bloggers, a billion make-up and beauty bloggers. So go about it a bit differently and always keep your PR companies in mind, because PR companies don’t want to work with bloggers who aren’t friendly with the public so to speak.

Finally, if you want to start a blog, just start it. Go on to WordPress or other blog sites, whichever catches your eye and you can get the hang of quickly. Get a photographer – image quality, branding and research are most important.” Damien is a breath of fresh air in the Irish fashion industry and we wish him the best of luck in the future!