I was sitting there sweating, almost hyperventilating as the phone dialled out twice before it was picked up by the very talented and courteous Gusset Unger-Hamilton, of alt-J.

Having released Relaxer their 3rd studio album last year and now about to release a Remix Album at the end of the month, and begin a UK and Ireland tour in October, it goes without saying I was beyond excited to speak with Gus and find out what he had to say about college life, the music scene today, and of course what his opinion was of this risky new album.

So, Gus, how do you think the fans will receive this new album?

I think they will be into it. Young people now have more varied music taste than ever before, it’s normal now to be into indie and hip hop and electric music and podcasts, it’s not as tribal as it was when I was growing up.

So I think the idea of an indie band doing a hip hop remix album, people won’t bat an eyelid. They will listen to it and judge it on its own merit. Which is really cool.

Relaxer was your 3rd studio album, tell us a bit about of the concept for Reduxer came to be?

Well we had always had the idea to do something like this somewhere in the back of our minds. I mean I love full remix albums. I remember when I was 15 buying Bloc Party Salaslam on double vinyl and really loving that. And I guess when we were writing the song Deadcrush it had this super hip-hop track underneath it with the bass and drums and strings and such so we were like “man imagine how sick it would be if someone rapped over this” and the idea kind of came from there really.

So how did you guys find that sound in the beginning? You guys went to university in Leeds, together right?

Yeah we did! It was an important time for us. We were all kind of inquisitive, student reader types reading Roman Barthes and all that kind of stuff and thinking ourselves very clever and creative and arty with our sound, and that’s fine, but I think also in terms of our circumstances, we weren’t well publicised as a band so we were practising in student houses and apartments, no studios. This meant we had to strip the sound down a lot as not to disturb people. It was an acoustic guitar, a drum played with brushes a really cheap keyboard with built in speakers playing piano and string sound and that really gave us the spacious, oaky and I guess, iconic sound we have now. That was as much a product of our sound as our creative range.

What was your favourite live performance you have ever done and why?

I think my favourite ever was the 2nd time we played Latitude in the BBC Radio 6 Music Stage as it was then called.

I think it was our high point of summer 2013. We had just had an album come out the previous year and we had also done a load of festivals that summer which had been pretty great. We had done the afternoon shows, we had been around the world and had broken into America at that stage too and coming back to the UK to play a festival we really loved , I mean it was where we had grown up, and to see the crowds huge response, it was like a hero’s welcome from what felt like the whole UK as well as the 6 Music crowd and that was just amazing.

Which track on Reduxer are you most proud of? Which one stands out to you on the album?

I think it’s probably the contra pay version of In Cold Blood, I love the fact that it’s in German and I can’t understand what he’s saying it just gives me such a good energy listening to it. And I think there is something about that. Even with me not being able to understand the lyrics, I can still get a huge amount from that track.

I’m really proud of how we have made this album really international and it’s not just focused on the UK and US in terms of rap. But yeah, I love that track, really cool.

So UCC students and Motley readers were wondering if you would have any advice for the musicians of graduating generation?

Well I mean advice is a really weird one because the only kind of advice you can give people really in terms of “succeeding” is just to keep writing. Don’t focus on anything except your music. That is, don’t worry about things like your website or social media, your press shots, your music is what will always get you there really at the end of the day.

And of course, in regards to graduating there is the pressure of getting a job, paying back your student loan, this that and the other. I mean we signed on for a bit after we graduated and that’s totally fine, you pay into a system so you can take out of it when you need to. So, we had a few months of being on allowance and artists benefit and stuff and that was a really great life line for us, you know, being able to eat while we are working full time on music. Spend your time on gigs and writing. There is a point as a musician where you are doing too much to get a job but you aren’t really making any money and that’s a really hard one, so do make sure you can get some help from the system.

And in regards to music making, be your own archivist, because I really regret not keeping the demos of early songs. Save them! I mean we have 5 or 10 songs that we wrote as students that I can kind of remember the name of or broadly speaking how they went, but we didn’t care at the time, we thought “we will never forget this!” But you do forget. That phone you made that recording on you’ll lose, or not back up.

So, I think for your own satisfaction down the line, archive your stuff because you will enjoy listening to it when you’re older because they are the fresh early magical days of your career when things started to happen.

And do you find that your method of writing has changed since? Or do you have an old reliable you return to?

As a band, we write quite collaboratively. We are always listening to other people’s ideas and never setting any limits of what sound we want to achieve or what kind of band we are.

And speaking personally I am learning more and more from Joe about how he writes and how that changes how I want to write and I think that’s a really cool thing.

And lastly Gus, if you could change one thing about your career in the music industry, what would it be?

That’s a big one. Well sometimes I think that coming out as this band of ultra-normal super regular guys didn’t give the media enough to go on and I think that that led to some backlash on us being “boring”. Our point was always “don’t worry about us, worry about our music” we aren’t here to be like “hey look at me”. It’s about listening to the music. We are pretty average guys. Now, I think that was somewhat of a mistake because the media needs a stronger narrative and if we had come out with a stronger idea of who we were, we mightn’t have got that nerdy, boring backlash thing. But at the end of the day I don’t really care that much, but if I had to pick something it would be that.

Don’t you feel that’s why people connect with you guys? You are the norm, relatable?

Very true, and I’m not saying we would have come out with laser lights or anything like that, I think that we didn’t realise the amount an audience needs from a band. We were just friends from Uni, you know? Having a laugh. But you could be right, perhaps that is why what we do appeals to people.

All in all, it’s clear there is a serious dedication here to a love of music. Both from the band and 6 years of fans already selling out shows.

Correction: In our print edition, issue 12.1, this interview was wrongly attributed to Dan Webb. The interview was in fact conducted and written by Roisin Little. 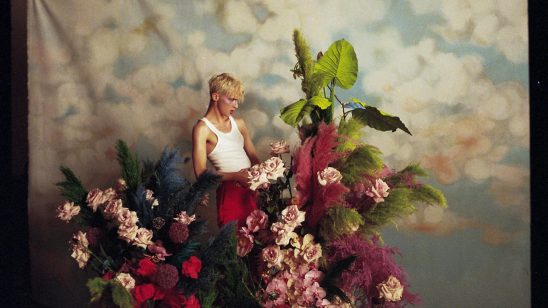 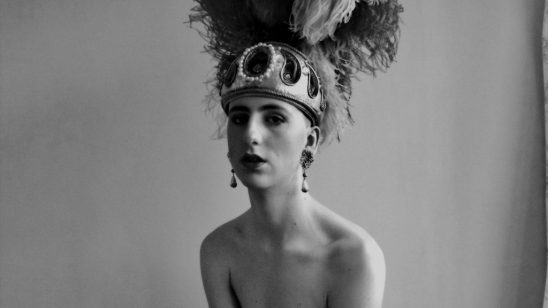