2015 has come and gone and with it a host of films. We had the visceral pleasure of Mad Max, the intelligence of Ex Machina and the return of Star Wars. Although 2015 was an entertaining year for film, especially low budget Indies, the coming year if anything looks a lot more promising and so here is my list of films to keep an eye out for in 2016.

Ireland’s very own Lenny Abrahamson follows the hilarity of Frank with a much more serious, darker film about a young boy (Jacob Tremblay) and his mother (Brie Larson) as they attempt to readjust to the world after being in captivity for five years. Abrahamson’s film has already been nominated for the Golden Globes and the Academy Awards looks set to follow suit. A must see for any Irish Film fan out there. 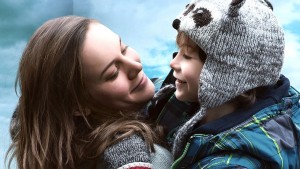 Ryan Reynolds play Marvels Merc with a mouth and hopes to redeem himself for the horrific mess of a character he portrayed in the failed Wolverine spin off film. Promising R-rated Violence, R-rated comedy and fantastic action, Deadpool looks to be possibly one of the most entertaining films of 2016, especially if Deadpool’s knack of breaking the fourth wall is mastered in the narrative.

The director of Iron Man 3 and Kiss-Kiss Bang-Bang teams up with Russel Crowe and Ryan Gosling to make a black comedy following the unlikely match of Gosling’s unlucky detective and Crowe’s tough hard man as they track down the whereabouts of a young girl. Hilarity and danger won’t be far behind them.

David Ayer, director of the underrated Fury and the great End of Watch, tackles some of DC Comics infamous villains in the form of the Suicide Squad. This bunch of ragtag villains who are sent on black ops missions by the government. Starring Will Smith as Deadshot, Cara Delevingne as Enchantress and Jared Leto as a controversially reimagined Joker, the film promises a dark look at the mind of some of DC’s most twisted villains. Oh and Margot Robbie is expertly cast as Harley Quinn fulfilling the dreams of every DC fanboy around the globe. 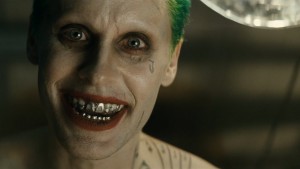 The Coen Brothers are back with a comedy set in the dazzling world of a Hollywood studio in the 1950s. When a star of a troubled production (George Clooney) vanishes it is up to a Hollywood ‘fixer’ (Josh Brolin) to find him before the studio loses money and reputation. Sporting a stellar ensemble cast expect another Coen Brothers hit with added laughter.

Story of Your Life – Denis Villeneuve

The director of last year’s intense drug thriller Sicario follows it up with his first foray into science fiction. Based on the short story by author Ted Chiang, the film follows Amy Adams linguist expert who is hired by the military to determine if an alien craft is a threat or not. Villeneuve’s dark visuals and tense sense of direction turn even the most simplest of scenes into a heated nightmare, something which I can’t wait to see put to use in this intriguing looking film. 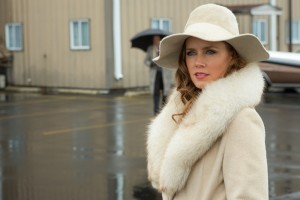 What I hear you say another Star Wars film? You betcha! This film concerns the story of how the plans for the Death Star were obtained by the Rebels from the Original Trilogy. With a stellar cast consisting of Felicity Jones, Mads Mikkelsen, Forest Whitaker, Ben Mendelsohn and Alan Tudyk. Edwards’ film promises to be a gritty look at the Star Wars universe unlike anything we’ve seen before.

Matt Damon is back as the eternally running Jason Bourne, accompanying him is Julia Stiles, Vincent Cassel, Tommy Lee Jones, Riz Ahmed and woman of the hour Alicia Vikander. Greengrass’ as of yet untitled Bourne sequel promises a return to the action packed chaotic chase movies of the original trilogy. (Bonus points for Alicia Vikander who is brilliant in everything)

The master of storytelling meets the master of children’s films. Roald Dahl and Spielberg seems like a match made in cinematic heaven. Dahl’s classic tale concerning the exploits of the orphan Sophie and the aforementioned BFG (Mark Rylance) promises to be an instant classic film for people of all ages in Spielberg’s masterful hands. 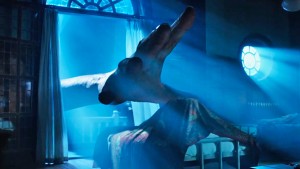 The director of the brilliant Whiplash returns with this musical comedy about the relationship between pianist Sebastian (Ryan Gosling) and actress Mia (Emma Stone). J.K. Simmons reteams with his Whiplash director in a supporting role. Whiplash was one of the best films of 2014 so here’s hoping Chazelle’s success carries on.