Deputy Editor, Lisa Ahern, explores Netflix’s mind-bending documentary while comparing it with previous not so opened-minded media based commentary on psychedelics.

Have you ever seen the short documentaries that they used to show kids, where they crack an egg open and carry on explaining how “this is your brain on drugs”. Well, Donick Cary takes inspiration from these “educational” videos and creates this humorous, colourful documentary about Psychedelics. “Have A Good Trip”, is a Netflix documentary that takes big named celebrities and has them sit down to talk about their psychedelic trips with acid and mushrooms.

What makes this documentary so eye-catching is its method of storytelling. They have stars as big as Sting and Carrie Fisher narrate stories of their ‘high’ experiences while the wonderfully created cartoons by Sugarshack Animations reenact the crazy tales that are being told. They truly capture the colour and waviness of psychedelics, with donuts in the sky instead of clouds and inanimate objects with googly eyes. It is unconventional and silly. They also have famous actors play out scenes of the celebrities’ retellings. These are completely over-dramatised but entertaining nonetheless. They are witty and hilarious anecdotes that you are in disbelief that these sophisticated actors and performers have experienced in their lives.

The documentary opens up with the actor Nick Offerman playing the role of a scientist and you already know that this Parks and Recreation actor is going to bring us on a trip of enjoyment. As well as groovy and psychedelic visuals, the original score by Yo La Tengo, who imitates the 60’s sound of The Rolling Stones and The Beatles brilliantly. Adding the final touch to create this LSD ambience for the duration of the documentary.

If you are looking for a lighthearted documentary which will make you grin at least, this is perfect for you. It mocks the old-fashioned informative videos about drugs that were always ridiculously misinformed and dramatised. They take these videos and make them even more dramatic with scenes of cars going over the edge of a cliff and having the slogan “A BAD TRIP” appear over it. It’s these satirical sketches that fall in between the interviews that make it very original and fresh.

However, Cary doesn’t make the film in its entirety a joke. He does have interesting information, regarding the benefits of hallucinogens for psychiatric illnesses and addiction, slotted into the film. The psychiatrist Dr Grob explains how he is involved in trials to help patients who are suffering from late stages of cancer with their crippling anxiety. By using the alkaloid of Psilocybin (magic mushrooms) to improve their way of living by soothing the anxiety that they carry around with them. Even between the satire, there is substance to the documentary about LSD and Magic Mushrooms that adds another layer to Cary’s work.

Have a Good Trip should be that is watched with an open mind and you must not be too caught up in the centuries-old discussion of how “all drugs are bad”. It is an hour of funny anecdotes about life that is full of colour. It is definitely worth watching and not to be taken too seriously, as it is only a bit of fun at the end of the day. 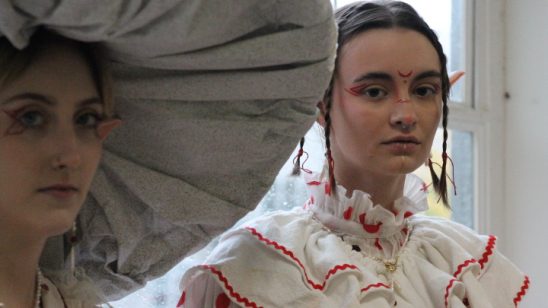 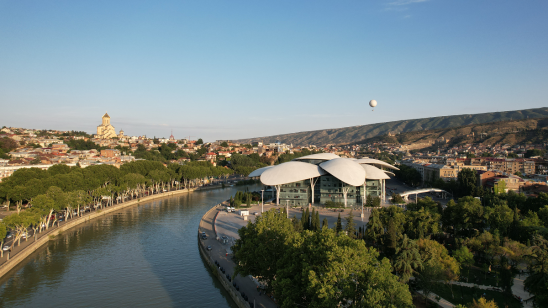 Beyond the walls of the Tbilisi Public Services Hall Building: Georgia trapped in the margins of Russian Expansionism and increasing Western alignment