Whether your trip to Cork’s university is four hours or four years long, spending your time wisely is an inevitable priority.

While it can’t be guaranteed that the stops on this tour are wise, they are certainly the key to quick immersion into the life of a UCC student. Welcome on board the non-definitive, student tour of UCC: please keep your arms and legs inside this article at all times.

First and foremost, what better way to start a virtual tour of campus than with an energy boost?

“Where Finbarr taught, let Munster get coffee”- so goes the well known, slightly updated motto of UCC. The principle daytime activity of UCC students is most frequently carried out in Coffee Dock, the watering hole for everyone from hardworking staff to hungover students.

While its location at the entrance of the O’ Rahilly Building seems random at first glance, it soon becomes evident that such a caffeine buzz is necessary to navigate the endless levels of identical corridors that lie within. Some go as far as to claim that following the smell of coffee is the only way to find the exit of the labyrinthine abyss. 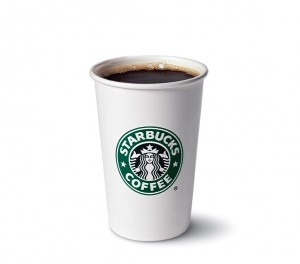 Once you have followed the trail of coffee beans out of the ORB, you may encounter some well-known faces of UCC. Some faces are even bound to jump right out at you. A first encounter with Kev, a sprightly man with the longest legs and self-proclaimed highest kick in the land, may prove daunting, but rest assured that being exposed to the sudden squat jumps and crazy cartwheels of the college’s unofficial mascot will make you an involuntary witness to a UCC legend.

You will soon become acquainted with UCC’s arguably most famous face, George Boole. The namesake of half of UCC’s campus celebrated his 200th birthday a few months ago, but he doesn’t look a day over 190.

UCC are so proud of their former professor of mathematics that a statue was recently erected in his honour, then immediately covered entirely in plastic sheeting and enclosed in a construction fence for reasons still undetermined.

The most fascinating time to see UCC is during R&G Week. In this week of charitable chaos, campus is filled with almost primal scenes, most notably during ‘Iron Stomach’. This competition makes the Amphitheatre feel like it has been transported to Ancient Rome, as hundreds gather to watch a select few attempt to conquer their digestive system by eating food in its most gruesome form, with even more gruesome consequences.

If you are too faint of heart for digestive disasters, R&G week is equally well spent in UCC’s most popular pub- the New Bar. Unsurprisingly pitted against the somewhat less cherished Old Bar, the lengthy queue for New Bar during R&G week is not enough to deter students. Much of this popularity is most likely down to the hotly anticipated performances of the musical mastermind, Pat Fitz; a guaranteed resident of New Bar during R&G week.

Perhaps the best way to end the tour would be with more picturesque view of UCC. If so, look no further than the Quad: an endlessly Instagrammed open area with manicured lawns and a Hogwartsian backdrop.

In fact, don’t be surprised if you meet mini-humans running around in wizard-like cloaks, or happen upon a visit from owls accompanied by their friendly trainers; it’s all part of UCC’s amalgamation with Hogwarts School of Witchcraft and Wizardry, an integration hoped to be fully completed by 2020.

While our tour has come to a close, UCC has much left to be discovered. From the creepiness of the Kane building, to wedding watching outside the Honan chapel, this guide can only act as a starting point. Before you head on your own explorations, cash tips would be greatly appreciated.