Thanks to Ireland’s most toxic couple, intergenerational religious trauma and deep-rooted misogyny, sexual health and safety is a topic that is seldom touched by the Irish secondary-school curriculum. College is an environment where a lot of sexually repressed young adults are converging to experiment with their sexualities together, and it’s important that we compensate for our lack of comprehensive sexual education so we can protect ourselves, and our partners, from sexually transmitted infections or accidental pregnancies.

Condoms and Contraceptive: Condoms are one of the most common forms of birth control, and can be purchased in your local corner shop or pharmacy. They’re a safer alternative to the pull-out method, in which a person forgoes the condom and instead withdraws their penis from the vagina before they ejaculate. The effectiveness of this method is debated. An important factor to keep in mind is that prior to ejaculation, the penis releases a liquid called ‘pre-cum,’ which sometimes contains live sperm and can, in fact, get you pregnant. So don’t risk it like. The UCC Welfare Office operates a condom shop where you can purchase multiple condoms or receive three free of charge.

The UCC Student Health clinic also provides other forms of contraceptive, such as an IUD, NuvaRing, Implanon, or the pill at a reduced rate.

What’s the Difference Between an IUD, NuvaRing, and Implanon?

IUDs and NuvaRings are both inserted through the vagina. The difference is that NuvaRings are inserted deeply into the vagina, while IUDs are inserted into the uterus. NuvaRings last 21 days and can be inserted and removed at home, while IUDs last for up to three years or more, depending on the brand. IUDs need to be inserted and removed by a gynecologist. NuvaRings need to be removed and reinserted relatively frequently, while people with IUDs don’t need to consider replacing their implant until several years after it’s inserted. If you want a largely hassle free, long-term contraceptive, IUDs are highly effective and very popular.

Implanon is a small rod that is inserted under the skin of your upper arm, also known as the rod or the implant. It lasts up to three years, and needs to be inserted and removed by a medical professional.

PrEP: PrEP is a medication that is available for free through the HSE for HIV-negative people who are considered to be at high risk for contracting HIV through sexual activity. According to sexualwellbeing.ie, to qualify for PrEP through the HSE, you must test negative for HIV and meet one of the following criteria:

You shouldn’t take PrEP if you have tested positive for HIV, and you don’t need to start taking PrEP if you’re consistently using condoms and plan on continuing to do so, or if you’re having sex with HIV positive partners who are on treatment and have an undetectable viral load. If you don’t qualify for free PrEP through the HSE, you can choose to pay for it yourself and can obtain a prescription from your doctor, which can be filled in any community pharmacy.

Spunout.ie has a very comprehensive article about PrEP titled “PrEP: The HIV prevention drug,” which goes into more detail about how PrEP should be used, what to do if you miss a dose, and how to care for yourself when you’re taking PrEP.

Chemsex is when two or more people engaging in sexual activity together do so under the influence of drugs such as methamphetamine, GHB/GBL, ketamine, or mephedrone in order to enhance their experience. This is typically done via injection using a shared syringe, hence why chemsex parties are considered ‘high-risk’ for HIV transmission. These drugs also lower your inhibitions and can potentially lead to you engaging in risky, unprotected sex.

Chemsex is frequently associated with the LGBT+ community and gay hook-up culture, and while mentions of chemsex are prevalent in some online gay communities and on gay hook-up apps such as Grindr, the practice is not exclusive to homosexual men and is by no means ‘the norm’ for LGBT+ people in Ireland. If you want to safely engage in chemsex, there are a number of harm reduction practices that you can adopt to ensure that you don’t put yourself at risk.

For example, avoid mixing drugs and instead take small doses of a singular drug to reduce your risk of an overdose. GHB, a popular chemsex drug, is particularly easy to overdose on, and there is a 0.5ml margin between how much it takes you to get high, and how much it takes to potentially kill you. It’s also important to remember that a lot of party drugs don’t kick in straight away – so if you take one dose and nothing happens, don’t take another one. Additionally, don’t be afraid to call an ambulance if somebody you’re with is overdosing on a drug during chemsex.

If possible, only engage in chemsex with people you trust, always wear a condom, don’t share needles, look into getting a prescription for PEP or PrEP if you need it, and get yourself tested for STIs regularly.

STI Screening: If you think you have a sexually transmitted infection, UCC Student Health runs a free STI clinic on Friday mornings- you just need to call them at (021) 490 2311. They also offer free, self-administered chlamydia and gonorrhea screenings for male and female students. South Infirmary Victoria Hospital in Cork also offers STI screenings and treatment, in addition to the Cork Sexual Health Centre.

Dental dams are thin sheets of latex or plastic that can be placed over the vagina or anus during oral sex to prevent making direct contact with your mouth. STIs that are commonly associated with oral sex are ghonorrea, genital herpes, and syphilis. Chlamydia, HIV, hepatitis A, hepatitis B, hepatitis C, genital warts, and pubic lice (crabs) are more commonly associated with unprotected vaginal sex, but you can contract them through oral sex as well.

Emergency Contraceptive and Unplanned Pregnancies: Emergency contraceptive pills, or the Morning After Pill, are used to prevent pregnancy after you’ve had unprotected sex. It can be purchased without a prescription in your local pharmacy, or at the UCC Student Health clinic at a reduced cost of 15-25 euro (depending on the brand). Most brands of emergency contraceptive are effective up to 72 hours after you’ve had unprotected sex, but some are effective up to five days after.

If you, or somebody you know, is faced with an unplanned pregnancy, one of your options is to phone the HSE at 1800 828 010. They’ll walk you through your options and the supports available to you as you decide whether or not to terminate your pregnancy. If you do decide to terminate your pregnancy, abortions are now free of charge for women living in the Republic of Ireland. You can have an abortion if your pregnancy is no more than 12 weeks along, meaning 84 days since the first day of your last period. There’s a three day waiting period between when your GP ceritfies that you’re no more than 12 weeks pregnant, and the earliest date your abortion may be carried out on. 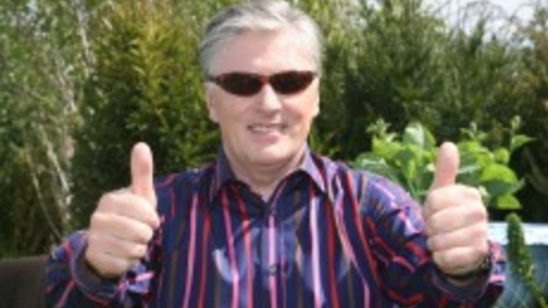 A Letter to Pat Kenny 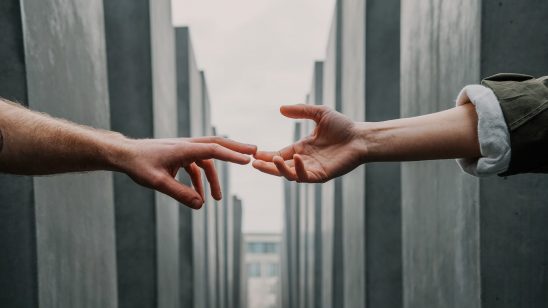