GEMMA KENT talks to Irish comic artist, Anthea West, about the creative freedoms of self-publishing and working in a male-dominated industry.

Bunny is a sardonic dustbunny that features in one of my best known releases, Fate.  Dustbunnies were around long before the character Bunny.I designed them way back in my early years of secondary school. I think the earliest outline came from a rough sketch and I’ve been redrawing and tweaking the design since. Bunny was a character before Fate; he used to belong to this other story I experimented with. But the plot of Fate, in the beginning, did stem from Bunny. When I started to develop the world and all the other characters, however, it became this huge living thing which was much larger than [his] character alone.

In the beginning I just wanted to make and sell comics without the struggle of finding a publisher. At this point in my career I am pitching work to places but I still enjoy releasing my own work under my own studio. It feels good to release something that was made entirely possible through my own merit. There’s a freedom to it but it’s certainly not without its struggles.

The comic industry (especially the mainstream aspect of it) is, and has always been, male-dominated. However in the last few years the number of women creators working in mainstream comics has shot up. During my career in comics, no one has ever told me to my face that comic was not a place for me. I have, however, had small incidences that have made it clear that some people still think, if only subconsciously, that comics are “a boy’s thing”. But I feel that working hard, continuing to bring out comic work and encouraging more girls and women to do likewise is the best way to break down that.

Digital is my main format. It’s the most convenient for me as it allows me to bring out work faster than with ink and paper. I still draw traditionally as it has a calming effect for me – a lot of my ‘free time work’ is traditional. When I start working on an illustration I scribble for some time trying to figure out the pose, composition and mood to the piece. Then I start on the actual sketch… When I finally get the sketch the way I want it I start inking. Once that’s finished, it’s time for shading, and then colours. That’s pretty much it!

If you have a passion to make comics, then my best advice is to just start making them. Don’t hang around waiting to get magically better at them. Sit down, start making some… and just keep going from there. It doesn’t matter if the art or the story is bad, the point is that you’re making them and that is the best way to get into and get better at comics.

For future stuff I’m working on a secret project with a writer that I can’t talk about just yet. However I can say it’s going to be a fun and interesting project to work on. As of now I’m still working hard on Fate and Imp. And for myself I’m developing a new graphic novel called Ash Tree which will be an all-ages book about a young, cowardly girl who accidentally goes on an adventure with a talking fox cub.

Anthea’s work is available online at http://dustbunny-studios.com/ or you can follow her on Twitter @AntheaWest. Anyone who would like to support current and future projects can help further them directly on her Patreon at https://www.patreon.com/AntheaWest. 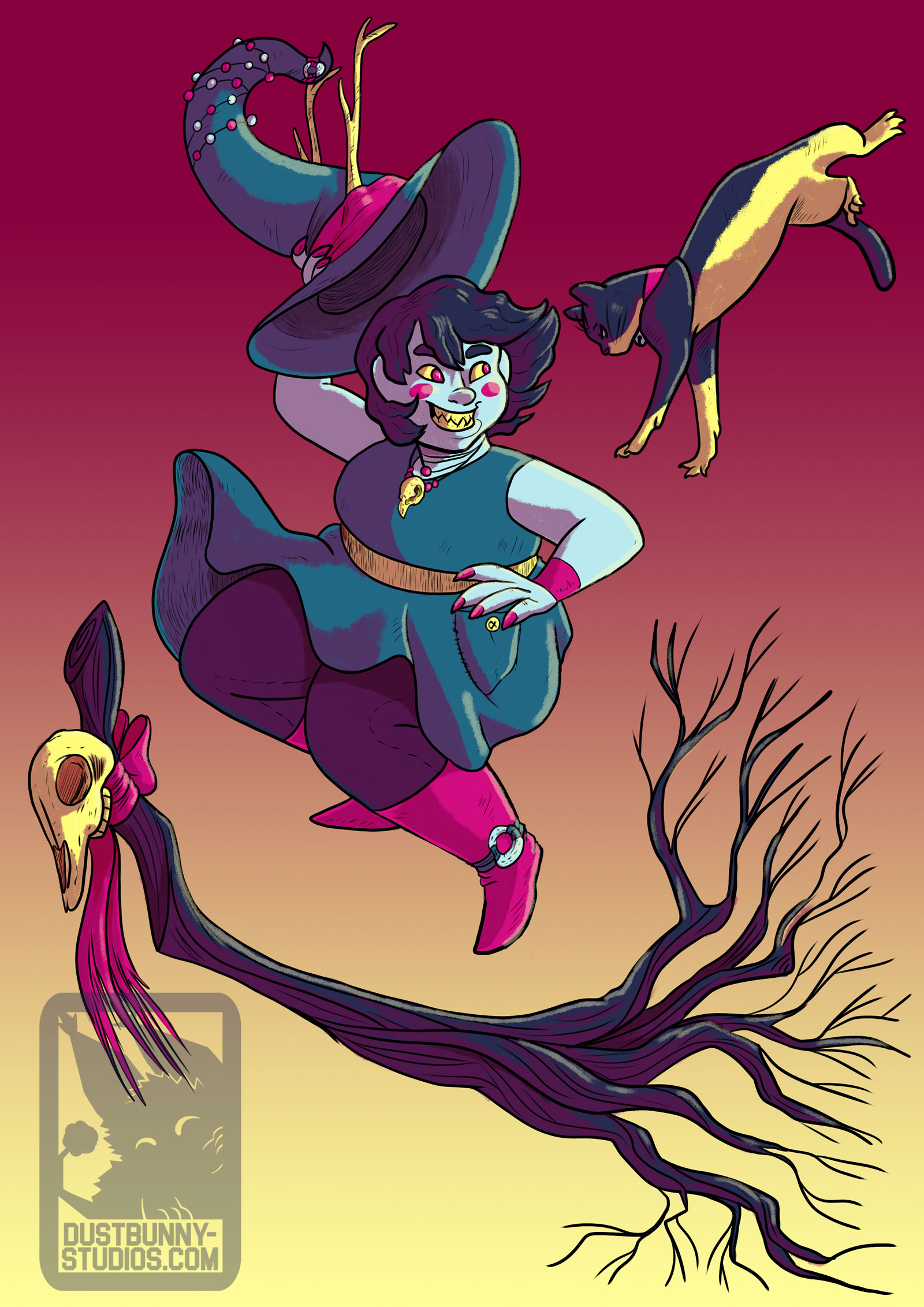