Following the recent clashes between Serbia and Albania in a European Championships Qualifier, Motley’s Killian Down examines the relationship between politics and sport

There are few sights more innocent in a world so lacking in the benign than that of a child at play. There is a simple beauty in their hyena-like shrieks of laughter and toothy smiles, signs of an untainted joy ignorant to the evils of the world that loom large around them. Some choose hopscotch as their chalky gateway to fun, whilst others channel their inner orangutan and scale the garden oak. As the world’s most popular sport however, it goes without saying that more often than not, a football will join children on their unending quest for fun. Across the world at this very moment, in estate, slum and favela alike, children run amok in chase of that illusive leather sphere. Although some may be separated by continent, colour or class, they remain united by the inimitable glee which is found in the simple kicking of a ball.

I am not naive enough to suggest that football, or indeed sport in general, remains such a beacon of blissful innocence as youth gives way to age. It is a regrettable truth that the core purpose of all sport, to have fun, is often too easily forgotten in the heat of battle- the mere fact that a phrase like ‘heat of battle’ is widely used to describe sporting competition is a telling indicator of the lens through which sport is viewed. However, regardless of whether you agree with the, perhaps, overly-competitive nature of organised sporting competition and the near-Machiavellian approach to winning those involved in competitive sport adopt, there is no denying the power that sport yields in binding people, households, communities; even nations. It brings an anticipation and joy that cannot be matched by film, art or any other medium that can be dreamed up. When else other than watching your country compete would, or could, a grown man turn, teary-eyed, and embrace a complete stranger and think nothing of it? To paraphrase Karl Marx, it seems sport indeed is the opiate of the masses.

As such, it is always a tragic thing when the poisoned tip of politics pierces the skin of sport. Two weeks ago during a UEFA European Championships qualification match between Serbia and Albania in Belgrade, this is precisely what happened. Politics launched an aerial attack. Shortly before half time, an unmanned drone brandishing a Pro-Albania flag entered the stadium before quickly being brought to earth by Serbian players. A heated melee between Serbian and Albanian players ensued, forcing match referee Martin Atkinson to lead the players off the field of play. After half an hour, UEFA confirmed the match had been abandoned.

As a passionate sports fan, I followed events in Belgrade with disgust. That is not to say I blame the players for their hasty, churlish reactions; I am quite sure the players thought their response to be quite appropriate in the moment and did not consider for a moment that their actions would bring the sport into disrepute. No, it is the so-called “fans,” who were in control of the drone, that should hang their empty heads in shame. I am not here to discuss political relations between Albania and Serbia and the long-winded, oft-heated debate with regards to the sovereignty (or lack thereof) of Kosovo. I will merely say that although there is of course a place for peaceful political protest, that place is not on the sporting paddock. Furthermore, peaceful protest should not, by its very nature, incite the fractured scenes of violence that were witnessed in Belgrade a few short weeks ago.

Needless to say, the stunt pulled by those anonymous buffoons has done nothing but damage for both the Albanian and Serbian football associations respectively. UEFA’s Control, Ethics and Disciplinary Body (CEDB) deemed the match to be forfeited by Albania due to their outright refusal to continue play even if the stadium was emptied, and consequently a scoreline of 3-0 in Serbia’s favour was decided upon. The Albanian football association was also fined €100,000.

Serbia too faced a stern UEFA rebuke: despite officially winning the tie 3-0, they have been deducted three points and fined €100,000 for crowd trouble.

One can only hope that both the drone’s pilots and the Serbian fans who created unrest in the stands sit at home with flushed cheeks like scolded children, embarrassed at the idiocy of their actions. Unfortunately, it seems somewhat more likely that they are still patting themselves on the shoulder feeling rather chuffed with their faux-patriotic acts, proud of “defending their nation’s pride” or sentiment to that silly effect.

I am not suggesting for a moment that there should be no rivalry between neighbouring nations that may be in part based on current or historical political differences. It would be a difficult task to find an Irishman who doesn’t revel in the joy of seeing England lose, no matter the discipline or code. After all, there has probably been many an Irish party held simply to celebrate England losing a game of tiddlywinks. However for the vast majority of Irish sport fans, the joy gleaned from an English loss is not a begrudging or malicious one. It is all in good jest and therein lies the difference. A good-hearted sporting rivalry adds a bit of spice to any contest, which is always a good thing so long as the aggression is limited to sliding tackles and stray elbows, not on-pitch scenes reminiscent of a WWE Royal Rumble, as witnessed in Belgrade.

Competitive sport is not and will never be the idealistic bed of roses that one remembers nostalgically from childhood days spent in the neighbour’s garden, and this is only right. After all, past a certain age, without some competition nobody really gives a damn. It is of the utmost importance however that the integrity and decorum of sport is maintained. Let it be remembered, politics is for the parliament, not the playing field. 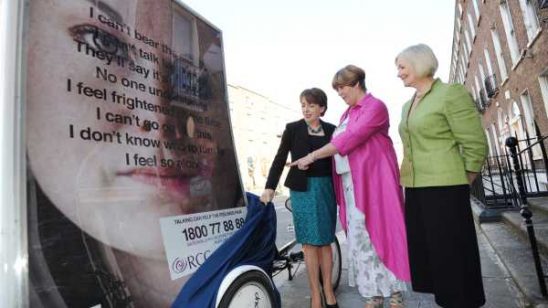 What will happen if the red light is turned off? 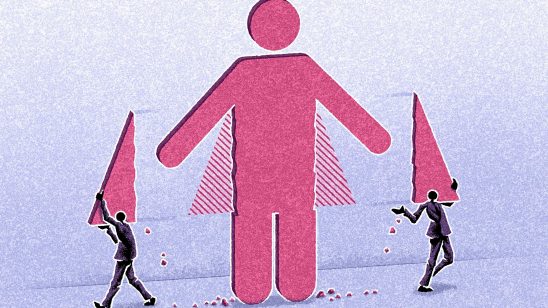 A Perk Too Far