Cork indie pop act Luunah have released a slice of pop for troubled souls. Motley Music Editor sat down with their lead singer Sarah-Beth O’Mullane for a chat Photo Credit: Miki BarlokOne of the few bright sparks of the lockdown is the feeling that pop music is really and properly back. Whether it’s Dua Lipa’s Future Nostalgia, Carly Rae Jepsen’s Dedicated Side B or upcoming Gaga album Chromatica, it feels like everyone’s putting out exciting (and very danceable) pop tunes. It’s a damn shame that it’ll be sometime before we’re able to hit the floor together, but until then we’re all dancing around our bedrooms together, even if we’re apart.

In the same sense of pop comradery comes ‘Just Give Enough’ by Cork pop act Luunah Originally meant to be an album cut, the band decided to release it as a single due to its more relaxed tones. It’s an extension of Luunah’s mission statement: “to connect, understand, empathise and off er musical consolation to you while listening to the music”.

Luunah came together in 2019, gradually coalescing from different years of CIT School of Music’s undergrad in Popular Music. The band quickly began writing and gigging, working hard to form a unique alternative pop sound. And there’s been some big gigs, with the band landing festival spots at Electric Picnic and Indiependence and playing city venues with Angry Mom Collective. While the current situation’s made it difficult to keep up the live performances, the group’ve put together some fun covers over on their Instagram.

The new release, ‘Just Give Enough’, is a throwback to 70’s soul and 60’s pop, with the bass surfing around and over calming synths. It’s a wholesome listen that explores the excitement of dancing with and getting to know someone, and feeling a genuine healthy connection. A few days before the song’s release, lead singer Sarah-Beth Mullane spoke with Motley to talk about the song, the band’s forthcoming debut LP, and how life has changed for the band post-COVID.

MM: ‘Just Give Enough’: Tell us about your new single that’s coming out Friday.

‘Just Give Enough’ started as a songwriting lecture in college, last year when I was in fourth year, and my lecturer told me to write a Brill Building song. The Brill Building is kind of the Carl-King era of music, it was this place in New York where all these writers would go together. It was after Motown music, and it’s a very distinctive style. This is what I wrote, but it’s after mutating. It’s after taking over a life of it’s own. And that’s what happens with a lot of my songs – they just tend to mutate and change over time.

I think the guys really brought that to life as well, because I was listening back to a demo of it a few weeks ago, and from where it started when I wrote it two years ago and it was so different. Every song is always constantly moving on, and it never really finishes when I write it. Every song will keep on writing for another year, almost. That’s what songs tend to do, anyway.

MM: It’s a really chill song with the whole 70’s R&B bassline, and while it’s not exactly bedroom pop it’s great pop music for dancing around a bedroom – it’s very upbeat and wholesome. A lot of people are stuck dancing around bedrooms at the moment. Was it released with the current lockdown in mind, or is it just strange coincidence?

I wrote this song one and a half years ago but we recorded in January, so we didn’t really see this coming. It wasn’t actually meant to be a single, but the reason that we decided to release it is that we though it was uplifting. We were like “Let’s just release it,” because it’s kind of a feel-good song, and a lot of my songs can be quite dark sometimes in terms of their lyrics, so I was like ‘this is a nice, upbeat one that’s kind of hopeful’.

MM: Moving to the forthcoming self-titled album Luunah, was that originally meant to come out over the summer? Has that been pushed back?

Yeah, that was meant to come out in June […] Now it actually depends on when we get to finally finish it, because there were two songs left to be recorded. It’s just about a case of recording those two songs and then releasing it, but we’re probably aiming for late August, I can imagine.

I think it’s better to wait than to put it out right now, with everything that’s going on… I think we’d rather meet up in person and discuss, or even try new ideas out and stuff instead of doing everything online.

MM: I know all of us have plans cancelled in some way or another by COVID. Have you and the band had any events put off by the lockdown?

I think this year we were really planning on doing more festivals, and we had a Whelan’s gig booked as well. That was actually back in March, and I was meant to be playing in the Ruby sessions as well in Dublin so there was a lot of little opportunities that we were really looking forward to that have now had to subside.

I think mainly gigging, that’s something that I’m gonna miss the most. I’m good at adapting to the online world and it’s great, but I feel like something that we’re all missing this day is human connection, actually being with people and having an experience, because I feel like the internet can be really isolating sometimes for me anyway, and I’m sure other people feel that way too.

MM: Are there more singles that you guys are planning to put out?

I think we’re gonna keep the rest for the album, just because we’ve four of the songs now: ‘Just Give Enough’, ‘These Roads’, ‘Heart on the Left’ and ‘On Your Side’, they’re four that are gonna be on the album, so we think we want six definitely to not have been heard before. Unless what we might do is more covers or online versions like we did with ‘Lazy’ and put out music that way, but I think we’re gonna save it. I love listening to albums myself, and I think that putting out continuous singles Is a good idea, but I think having a whole body of work will stand a little bit stronger so I think we’re going to hold off a bit.

MM: Is there anything else you’d like to bring up?

I think the main thing is that the music is meaningful. That’s kind of what we’re really after with Luunah – that it’s not just something that’s going to be listened to once and thrown away, I think our greater aim is to make music that’ll be timeless in a way even if it’s modern or contemporary, that’ll have a timeless feel, that people will go back to it, that it won’t just be dismissed as passive work. I think that a big aim as a band, our mission even, is to make work that lasts.

I think as an artist as well, you have a voice – what I think personally is use it for good, rather than bad. Don’t be talking about how much drugs you’re after taking. Talking about things that make you weak – that’s one thing I noticed, some songs can uplift you. Even if it’s a sad song sometimes they can actually empower you as well, if they understand where you are. I think it’s all about making music that will resonate.

‘Just Give Enough’ is out now on all major streaming platforms. Check it out on Luunah’s Spotify. Follow them on Instagram @luunahmusic. 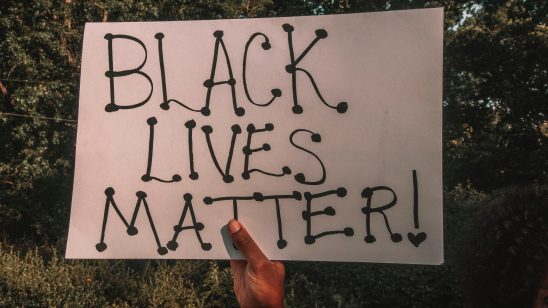 Black Lives Matter, and it’s more than a hashtag 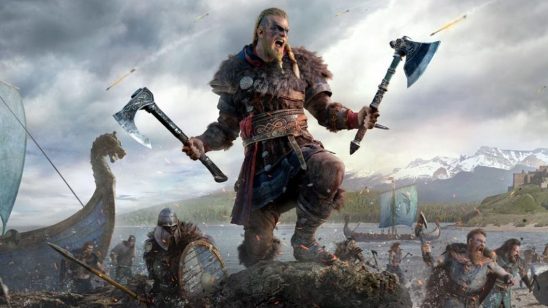 Macho Man Screws Up the Day: Beowulf, from Poem to Film