Deputy Current Affairs Editor Stephen Moynihan chats with members of UCC Fáilte Refugees Society and looks at a report that sets out to change the way Ireland supports refugees and asylum seekers. But is it offering real solutions or is it just an exercise in box-ticking for this government?

“The current system of direct provision is not fit for purpose and should be ended.” It doesn’t get much simpler than that.

These are the first fifteen words of the general recommendations outlined in the Report of the Advisory Group on the Provision of Support including Accommodation to Persons in the International Protection Process, published on 21st October. The report calls for the implementation of a new, permanent system which would allow for the processing of 3,500 asylum applications annually, with a view for this transition to this system, and thus an end to Direct Provision, by mid-2023. The government says they will consider all aspects of this Report, with a view to releasing a White Paper before the end of the year which will outline their policy framework for dealing with these matters.

The Report states that this new system should take no more than six months to process asylum applications, and this six-month deadline should also apply to appeals. It also suggests the hiring of more full-time staff in order to facilitate this. It also calls for an “alternative dispute resolution system” to be introduced in order to deal with issues such as accommodation and reception conditions experienced by applicants.

It is also suggested that after three months of residing within the State applicants should be allowed access to “own door” accommodation, at which point they would also be given the right to work within the State. The report also recommends that applicants should be given a housing allowance and access to the same welfare payments afforded to those of Irish citizens, such as Child Benefit and Supplementary Welfare Allowance. The ability to apply for a driving licence and tests should also be afforded to asylum seekers from the moment their asylum application is lodged.

Applicants who fail in their application and who have exhausted all avenues of appeal should be afforded a grace period of up to six months in order to organise their departure.

The Advisory Group also suggests that victims of trafficking and sexual or gender-based violence should be provided with appropriate accommodation and additional support and services.

Should the recommendations in this Report be adopted, asylum applicants will have the right to access higher education, such as UCC, on the same basis and at the same level of fees as Irish citizens, if they meet the qualifying criteria.

Motley took the opportunity to speak to Fáilte Refugees: UCC’s student society focused on opening up the dialogue surrounding Direct Provision. When asked for comment on the issue, they had this to say:

“Fáilte Refugees welcomes the Catherine Day report on direct provision and eagerly awaits its implementation. While it is positive to see the report published, we do have a number of concerns surrounding it.

While it looks to shorten wait times to a 6 months deadline for processing asylum claims, there is no information of what will happen if there is a failure to meet this deadline. The current waiting time is hugely varying with many spending much longer than 6 months waiting for a result.  We would like to know how the State will ensure it is within the 6-month timeframe, there needs to be clear information on the consequences if it fails.

Like MASI, we are also concerned about a separate HAP-like scheme, we also feel this could encourage further segregation, and feel an integrated system would be more beneficial. “Own door accommodation” needs to be elaborated on, as many waiting on asylum live in accommodation like this and it is entirely inadequate.

To summarise, while we are glad that this report has been published and that there are some improvements planned, we want to emphasise that the fight to end Direct Provision does not end here, there have been reports in the past that have been half-done at most. We need to continue pushing for reform, holding the Government accountable, ensure that they live up to their promises and see an end to direct provision and refugees and asylum seekers treated with the dignity and respect that they deserve.” 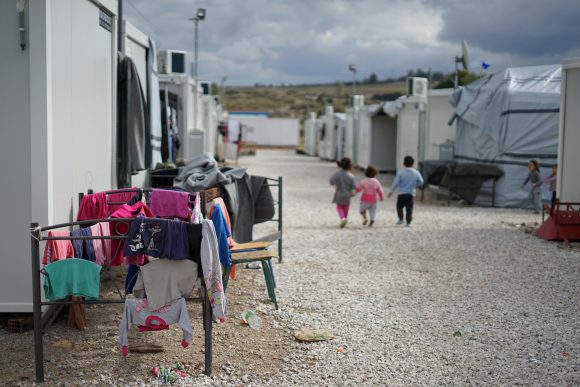 Photo by Julie Ricard on Unsplash