Deputy Entertainment Editor, Chloe Barrett, recommends the perfect reads for Autumn, but rates them out of mushrooms instead of stars.

The autumn weather wraps itself around you like a scarf, students stroll by wearing the cosiest jumpers, and a lovely cup of hot chocolate awaits you when you return home. What is missing from this dream setup? A seasonal book, of course. I am a firm believer that there is nothing nicer than curling up on the couch with a snuggly blanket and an inviting book. The former two are easy enough to obtain, however, the mandatory autumnal read? That can be a bit more tricky. But alas, stop worrying from now on, because I am here to offer you the perfect solution with a list.

The Ex Hex by Erin Sterling is a fantastic romantic comedy that features a witch as the protagonist. Do not fret, it is not scary! Nine years ago Vivienne Jones had her heart broken by Rhys Penhallow, a gorgeous warlock whose family connections run deep in magic. As the blurb of the book amazingly puts it, Vivienne “nursed her broken heart like any young witch would: vodka, weepy music, bubble baths… and a curse on the horrible boyfriend”. She assumes her little hex is an innocent way to release some pent-up feelings, and that nothing could ever come from it. But of course, something does. When Rhys makes a quick trip to the spooky town, things start going wrong. The ex-lovers are forced to work together in an attempt to figure out what is happening in a spellbindingly fun adventure. While it is a rom-com read, it features additions/tropes such as second chances, enemies to lovers, some LGTBQ+ representation, and is just a lot of fun.

The Guest List by Lucy Foley is a murder-mystery thriller that is perfect for the gloomy weather. It is set on an island off of Ireland and features a host of interesting characters. The wedding of an era is promised, as a magazine publisher is due to be wed to a TV star, and the guest list is full of notable names. Some chapters are set as handy flash-forwards after the wedding itself, when the deadly murder itself happens, which stokes the enthusiasm as to who gets murdered. Buckle yourself in for this thrilling novel, and the atmosphere which accompanies it.

The House in the Cerulean Sea by TJ Klune is the definition of a bookish warm hug. It is a contemporary fantasy set on a magical island. Linus Baker, our protagonist, is a forty-year-old man who is content to live in his small house, accompanied by only his record collection and kitty companion. He oversees the general well-being of children in orphanages, and nothing strange has ever happened to him before. However, he is given the classified task to visit an orphanage which stands on its own occupying an island. The children are not at all what he expects to find, and consist of a gnome, a seemingly innocent Pomeranian, and the Antichrist. (that isn’t even all of them.) The children’s caretaker, Arthur, is determined not to let anything happen to his interesting bunch of residents, but as Linus and Arthur inevitably grow closer, a scary decision is set before him, and if he doesn’t make the right choice, the whole world could be in danger. This story is masterfully written, and just such a beautiful experience that you will not soon forget.

If you have not heard of Heartstopper by Alice Oseman by now, where have you been? Not only did this romance take the world of graphic novels by storm years ago, but it has also now been made into an amazing series on Netflix that is already claimed by many as their comfort show. The graphic novel follows a teenager called Charlie who is a gay Year 10 student in school, who develops a crush on a fellow student, Nick. He is a wholesome, confident rugby player who is friends with everyone, but they have never actually spoken. Nick, who heard about Charlie getting outed last year, quickly strikes up a friendship with him, and their relationship evolves from there. Charlie assumes that he does not have a chance with Nick, whose friend’s state is one of the most ‘straight and masculine boys’ that they have ever seen, but young love could potentially be in the air…

Holding Her Breath was written by UCC’s 2020/2021 own Writer-In-Residence, Eimear Ryan, and follows a student called Beth Crowe who has just ventured into the world of college. She had a promising career as an Olympic swimmer that unfortunately did not pan out, but she is determined to make a fresh start for herself and her identity. Her roommate, Sadie, is an English student who happens to be studying the poetry of Beth’s grandfather, Benjamin Crowe, who Beth would love to find out more about. She gets involved in a relationship with a post-doc researcher while investigating her grandfather’s past along with Sadie, and finds out things that she had never even imagined. Set in Ireland, this novel will resonate with many university students, and Eimear Ryan is truly a gifted author.

Pine, by Francine Toon, is an incredibly atmospheric novel that is set on Halloween night in the Scottish Highlands. A rural community plagued with strange mysteries, such as the disappearance of her mother, envelopes Lauren and her father, Niall. When driving home, a woman rushes out from the claustrophobic forests and encounters the daughter and father, the latter who is quick to bring her home and help her. However, when Lauren wakes in the morning, the woman is gone. With her father unwilling to discuss anything with her, she is left to her own devices and tarot cards to figure out the strange happenings that are occurring in their village, including the most recent disappearance of a teenage girl. This novel features a lot of gothic inspiration, along with spooky remnants of a thriller.

Three mushrooms out of five.

Another quick dark academia read is the stunning If We Were Villains by M.L. Rio. Her debut novel will leave you floored, as you follow Oliver Marks on his release from a ten-year prison sentence, as he takes the detective who arrested him on a journey through what actually happened all those years ago. He recounts the time he spent studying Shakespeare at an elite college, where he and his friends get consumed by the roles they play. After a switch in casting, and fiction blends into reality, one of the friends is found dead. Which hand committed the act? This book is one of my favourites, and just a genuinely amazing read. No knowledge of Shakespeare is required!

Craving even more October-esque reads? Try out: Ninth House, The Price Guide To The Occult, A Far Wilder Magic, Pumpkinheads, Sheets, Through The Woods (three graphic novels), The Invisible Life Of Addie La Rue, The Diviners, Empire Of The Vampire, Daughter Of Smoke And Bone, and of course, the sensational and enduring cultural reset; TWILIGHT! 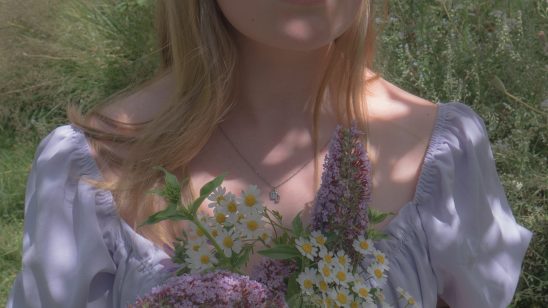 The Rise of Mushroom Fashion 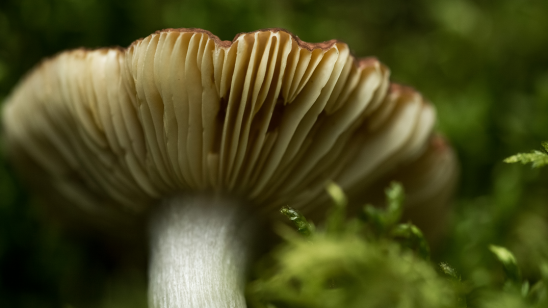 The Promise of Mycelium for Ensuring Sustainable Development