A briefing on the bombings that occurred in New York on the 18th of September, courtesy of Luke Holmes.

Just days after the 15th anniversary of the 9/11 attacks that shook the people of New York and the world to the very core, New York fell victim to a bombing which occurred in the West 23rd Street area of Chelsea, Manhattan. The bomb resulted in the injury of 29 people with one being treated for serious injuries while others suffered scrapes and bruises from the blast.

The Mayor of New York, Bill de Blasio claimed that the bombings in the Chelsea area were an intentional act as a second device was found on 27th Street. The device was driven away by the New York Police Department in the early hours on Sunday morning at 2:25am where it was put into a spherical chamber and brought to the departments firing range at Rodman’s Neck in the Bronx area of New York. There is reason to suggest that both of these bombs were home made. The bomb on 23rd Street originated from a bin while the second bomb was described as pressure cooker and was very similar to the type of bombs that were used in the Boston Marathon of 2013.

Although De Blasio claimed that this was “an intentional act of terrorism” there has been no evidence to suggest that this was the work of a terrorist group but the FBI and the NYPD are not ruling out the possibility of a terrorist cell operating within the United States. Just on Saturday morning in New Jersey, an explosion went off in a bin near the boardwalk in Seaside Park along a route that was to be used for a 5K Marine Corps charity run. Due to these events the run was called off and the four block area was evacuated for most of the day.

President Obama is being kept up to date with the events occurring in New York. Of course people were interested in what presidential candidates Donald Trump and Hillary Clinton had to say about the events in New York. Donald Trump was made aware of the events while at a rally in Colorado and stated “we better get very tough, folks”. He also put up a tweet where he said “I would like to express my warmest regards, best wishes and condolences to all of the families and victims of the horrible bombing in NYC”. Hillary Clinton has been in contact with her New York officials and released a statement saying “Obviously we need to do everything we can to support our first responders and pray for the victims”.

The technological advancements proved to be key in locating one of the main suspects, Ahmad Khan Rahami. They were able to identify Rahami based on a fingerprint left on one of the explosive devices. On 8 am on Monday morning New Yorkers got an emergency alert on their smartphones saying “WANTED: Ahmad Khan Rahami, 28-yr-old male. See media for pic. Call 9-1-1 if seen”. For many people this has been seen as a major advancement in technology with Mayor Bill De Blasio saying “It had an extraordinary effect”. This decision was made by the NYPD, FBI and the office of Emergency Management.

On Monday Rahami was found sleeping by a bar in Linden, New Jersey, reportedly the person who found Rahami thought that he was a homeless man, the police arrived at the scene. They quickly realised who it was. As soon as Rahami was confronted by police, he opened fire from his hand gun at the police officers, hitting one but luckily enough his bulletproof vest protected him from any real harm. Rahami was taken alive but is unconscious at the University Hospital in Newark, New Jersey. As the doctors have not cleared him for questioning as of yet, they have done their own investigation on Rahami. 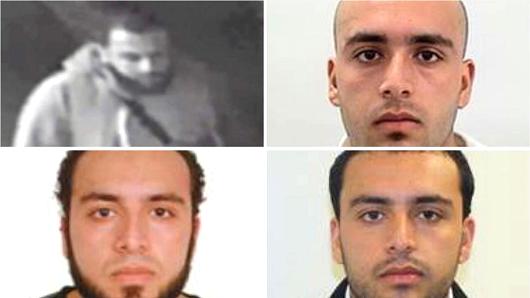 Although there is nothing to link Rahami to ISIS, there was evidence found on him linking him to extremist views. In a journal found on him after the shootout he said that “the sound of bombs will be heard on the streets” and praising Osama Bin Laden. Also found in the journal were references to the Fort Hood shooter Nidal Hassan who claimed the lives of 13 people. Rahamis activity as a terrorist goes as far back as 2014 when his father went to the FBI accusing his son of being a terrorist, but the FBI claimed it was a domestic dispute as he was in jail for stabbing one of his relatives. As Rahami is a vital suspect in the investigation, his bail has been set at $5.2 million.