At the Lewis Glucksman Gallery

What makes us human? Our consciousness? Our empathy? Our creativity? Whatever it is, we can rest assured that humans totally preside over the realms of both art and science. One could argue that computers surely can’t make art. But what if they could?

Boolean Expressions exhibits at the Lewis Glucksman Gallery until the 8th of November. An exploration of the grey area between art and science, this collection of contemporary artworks investigates the ways in which mathematical concepts lead to the creation of art, and the ways in which scientific systems, methods and codes often support creative production.

Art and mathematical science have danced together for centuries throughout history. As explained by Lord David Puttnam, when he unveiled this Glucksman collection; “We shouldn’t have to remind ourselves every five or ten years that science and art are indivisible. Every innovation has been art interpreted and science generated.”

It’s not a “far out” or overly-philosophical concept to grasp, and in the context of conceptual art in 2015, it’s actually quite a simple concept. One need look no further than the Renaissance masters to see the science behind art (and equally, the art behind science). Leonardo da Vinci was famed for the geometric composition of his paintings, as well as his sketches of mechanical constructions and technological ideas; ones far beyond the years in which he put pen to paper. The “true Renaissance man,” as he was known, didn’t just appreciate the relationship between art and science but in fact thrived on it. The love affair of art and science is a centuries old, symbiotic one.

Boolean Expressions toys commendably with this affair. The collection was curated by Fiona Kearney, in association with The College of Science, Engineering and Food Science, as part of University College Cork’s celebration of the bicentenary of George Boole’s birth.

Everyone who studies at UCC knows George Boole’s name, but few of us ever learn the information needed to consider just why Boole is made so familiar to us. Boole’s name has been preserved because his is a legacy that encompasses the era of technology, and his discoveries continuously influence the innovations we encounter every day; 200 years after he was born.

All things considered, Boolean Expressions must have been a uniquely difficult exhibition to curate. With a large, warehouse-like space to fill, the Glucksman Gallery is a tough venue to pad out at the best of times. But when working with a collection composed of wires, numbers, rulers and interestingly, hazelnuts, this was never going to be a warm, cosy display.

Upon first entering the gallery there’s an initial feeling of emptiness but attentions are soon caught and absorbed into John Gerrard’s ‘Exercise (Dunhuang),’ which is one of the highlights of the collection.

The success of ‘Exercise (Dunhuang)’ is enhanced by the ringing silence of the Glucksman Gallery. This three screen simulation has been produced painstakingly with a highly labour-intensive approach. It “meditates on the human role within global networks of production.” It is hypnotic in an almost devastating way, as it shows a human avatar become lost in a network much larger than himself. The avatars are of Chinese factory workers, and their directions are controlled according to the algorithms used in GPS systems.

Another eye catching work is Tatsuo Miyajima’s ‘Life (le corps sans organises) – no. 19)’. This piece is immediately intriguing on an aesthetic level but it is only upon reading up on Miyajima’s works that I truly appreciated the otherwise seemingly innocent collections of LED lights and circuits. A Japanese contemporary artist, Mijajima has presented his famous LED numerals in several different constructs in “grids, towers, complex integrated groupings or circuits and as simple digital counters.” His numerical and circuit based artworks truly meditate on the dedicated repetition at the heart of computer science and mathematical data sequencing. It arguably points to an art created by computers, but of course it is the genius of Miyajima behind these works.

The standout piece is Aisling O’ Beirn’s sculpture in Gallery 2, ‘Entropy,’ which is based on Boolean algebra. This domineering wooden installation occupies the largest space in the gallery and presumably in the mind of many visitors. The likeness of the artist and the scientist shines through this piece, as the production process behind it mirrors mathematical problem solving. ‘Entropy‘ is an exploration of how physical forces acting on structures can be seen as political processes by the way they affect their stability; “The structure can always be rebuilt, but it will never be the same again.”

Though some of the smaller artworks will be lost to anyone taking a pit-stop tour of Boolean Expressions – as they need careful attention in order to be appreciated – overall, Kearney and her Glucksman co-workers have managed to create the sense of walking around inside a large (and very creative) computer system. The collection is a challenging one to the visitor; but it is a challenge to be lauded.

From pieces meditating on Pythagoras’s Theorem to CAPTCHA codes, George Boole’s discoveries are a mere springboard for this collection. The exhibition dives much deeper than one man’s legacy, and much deeper again than a short article can hope to capture, but the innovation of the artists on display is arguably what Boole would have respected most.

Looking at this collection it is evident that humans truly are “the music makers, and the dreamers of dreams,” but it’s not just up to us; art is around us in everything, and Boolean Expressions is just the tip of the iceberg. 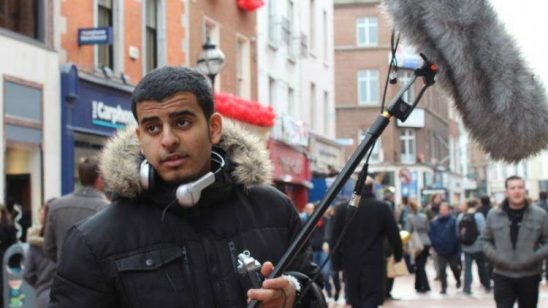 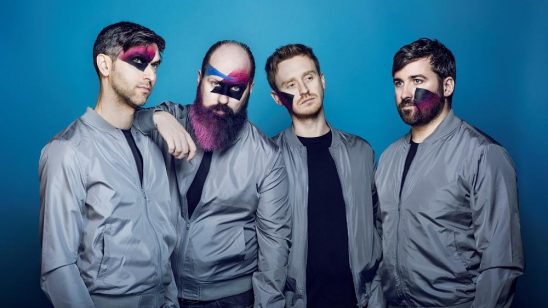