Motley’s Emily Horgan gives her thoughts on the very relevant stage production Boys, which is currently showing in the Cork Arts Theatre this week.

With the death of Robin Williams still fresh in our hearts, it is extremely important that we learn from this tragedy which unfortunately affects many people throughout the world. Suicide is a last resort for a person suffering from depression and hopelessness, but once they are free from their own demons, family and friends that are left behind often struggle with how to deal with their emotions. Organisations like Pieta House provide a constant support for those left behind, but it is often the further degrees of separation from the affected that struggle without support on how to deal with those who are still picking up the pieces. People such as friends of brothers grieving family members, ex-girlfriends of the deceased… all of which are touched upon in the new play, Boys, by the Surrey born author Ella Hickson currently running in the Cork Arts Theatre.

Lest I ruin the tension and atmosphere that the actors build so beautifully by giving away little bits of the plot, I will be brief with my words of praise. Boys touches upon the relationships of six characters in a student flat in Edinburgh. All set in the one room (a student kitchen that pays homage to any you may have the misfortune to stumble into after a hard night of partying – essentially, there is trash everywhere) one could be led to believe that this play could be claustrophobic. This is not the case whatsoever -the storyline opens up a whole world of pressures, drugs and friendships. Sent to review the play with an article to accompany our feature on Pieta House in mind, I had a heightened sense of awareness to the underlying theme of suicide. However, if I were to have been there as an audience member who may not have been aware of this theme, it would take quite a while to sense it – much like in reality. The signs of depression and the lead up to suicide are subtle and often missed, which I’m sure any family members or friends of those who have committed suicide can vouch for. This subtlety accompanied by the imagery throughout the play that pointed towards the suffering and struggles of the characters with how to deal with the loss are very real and believable. Scenes of Benny [Ethan Dillon], the brother of Peter who committed suicide prior to our entry to life with the boys, sitting on top of the fridge really drives home the raw feeling of isolation that often comes when dealing with grief. And even the imagery of the rubbish building up in the kitchen with no one to collect it can be seen as a metaphor for the lack of support that Benny is receiving from his friends.

The three boys that Benny lives with – Cam [Michael McLaughlin], Timp [Eoghan Collins] and Mack [Brett McCoy D’Arcy] – all have their own agendas. These range from getting with girls to playing the violin at the highest level possible. None seem to make any time to even acknowledge the fact that Benny is still grieving. The most interesting relationship in my eyes is between Benny and Mack, a character that is totally in contrast to that of Benny’s. The others seem to be able to open up to Benny and talk to him quite easily, using him as a point for advice and support. Whenever Mack enters, the whole room seems to tense up, with minimal eye contact (except for Sophie [Chloe O’Reilly], but I’ll leave you see that relationship unfold yourself). The way they interact is really interesting, with Mack treating Benny as someone weak and ‘needy’ – traits that are often confused with grief after the ‘grieving period’ is seen to be over. There seems to be a constant resentment towards Benny from Mack, with tension building and building throughout the play. This type of relationship is often one experienced by those both suffering from depression and those who are struggling with grief – the ‘just get over it’ reaction. What is even more interesting is that during the well scripted and well delivered conversations between the boys and girls throughout, you pick up little details that tell us that Benny and Mack were once childhood best friends. This begs the question – why did Mack just give up on helping Benny?

Another interesting and heartbreakingly real scenario going on throughout the play is that of Sophie – the late Peter’s girlfriend. Her struggle with how to move on both emotionally and romantically is heart-breaking, which is picked up on by Laura [Amy O’Dwyer] briefly but never condoned. It really is a case where no one knows the right time to be seen to be ‘moving on’. It seems to be a common trend throughout that the characters only really open up to their feelings after alcohol is on board, a reality that is often the case with many young people these days. After sharp outbursts of emotion, the scenes quickly change to awkward and casual conversations that totally avoid the issue at hand… A fearfully familiar and vicious circle in day to day lives of depressed and grieving youths.

As you can see, both in the play and in reality, no relationship or scenario is untouched or unaffected when there is a suicide in a family, be they mothers, brothers, friends or friends of friends. All of this aside, the play’s flow and vibe is totally natural and unforced with themes that affect the majority of teenagers these days. And with such a youthful cast holding all of these issues, there is no denying that they present them with a subtle realness and sensitivity that is both down to their acting abilities and a well-crafted script. As young people in a world where suicide is becoming more and more prevalent, this play showcases the way people deal with it in all the ‘wrong’ ways which often are our natural instincts – hiding grief and not allowing it run its natural course, forcing happiness, projecting our fear or sadness onto others in the form of aggression, allowing it strain our relationships or even resorting to the extreme cases – drug abuse. It was a real eye opener to watch as an outsider the ways in which you or I might, unknowingly, treat someone still wrapped in grief.

I would definitely recommend this play to anyone, for both educational and entertainment purposes. It is different in a way that it embraces the dark subtly of suicide and depression and uses it to educate the audience by showing the effects of relationships after tragedies like this strike, without being any way patronising. Boys is a must see in our current social environment.

Boys is running in the Cork Arts Theatre until the 30th of August, tickets at €15. If you have been affected by any of the issues raised in this article you can contact the Samaritans on 116123 or Pieta House Cork on 021-4341400. 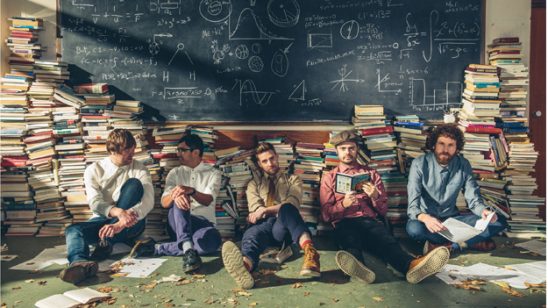 Reality TV Show to be Filmed on College Road