Gillette’s recent advertisement is an example of “Woke Advertising,” in which companies have realized that in today’s political climate, taking a public stance or supporting a controversial figure is no longer mutually exclusive with having an effective marketing strategy. However, when corporations attempt to commodify certain social movements, the risk doesn’t always pay off. Gillette’s latest commercial, titled “We Believe: The Best Men Can Be,” (and unofficially dubbed “the year’s worst marketing move”) has amassed twenty-four million views on YouTube, six hundred thousand likes, and over one million dislikes.

The concept of politically charged advertisements isn’t new. In 2018, former NFL quarterback Colin Kaepernick became the new face of Nike, following his controversial decision to protest police brutality and racial bias in the United States by kneeling during the national anthem. And Patagonia, an outdoor clothing and hiking gear company, recently announced that they’d be donating their ten million dollar corporate tax cut to an environmental advocacy group rather than reinvesting it in their company. Patagonia has a long history of environmentally sustainable business practices, so their hefty donation didn’t come as a shock to any of their loyal patrons- and neither did their tongue in cheek jab at President Donald Trump, whose administration is responsible for Patagonia receiving that tax cut in the first place. Nike, however, hadn’t been known to step into the political arena prior to their collaboration with Kaepernick in 2018. Thousands of angry customers vowed to boycott the company for supporting Kaepernick, branding the company as anti-American and anti-police.

Nonetheless, Nike’s sales continued to go up following the release of the full advertisement, titled “Dream Crazy,” which has twenty-seven million views on YouTube, one hundred and fifty thousand likes, and only twenty thousand dislikes. People continued, and began, to wear Nike products because doing so momentarily became a veiled political statement. By wearing Nike sweatshirts or sneakers, you were implying that you weren’t opposed to Kaepernick’s protests, so despite the boycotts, Nike was able to bring in and retain customers. The company is thriving and their public support of a very polarizing figure in American culture and politics paid off. Gillette’s commercial, which received a far worse response than Nike’s, tackles the issue of toxic masculinity. Toxic masculinity refers to how the patriarchy dictates men’s behaviour in ways that are detrimental to their mental health and their relationships with other people, particularly women. Men are told to be physically aggressive, sexually dominant, and emotionally distant in order to preserve their manhood, and any negative behaviours are frequently normalized and dismissed as “boys being boys.”

Examples of toxic masculinity include men who aren’t athletic or muscular being deemed unattractive, men being pressured to provide for their female partners (i.e pay for dates, financially support the household) no matter what, and men not being allowed to cry or express emotion because doing so is a sign of weakness. Criticisms of toxic masculinity don’t apply to masculinity as a whole, because masculinity isn’t inherently toxic.

Gillette, a razor company whose consumer base is largely male, repurposed their classic slogan, “The Best a Man Can Get,” by highlighting different instances of sexism, harassment and aggressive behaviour that comes as a result of our acceptance of toxic masculinity, encouraging men to hold each other accountable by recognizing their unhealthy habits and attitudes. I think there are several reasons why Gillette’s attempt at “woke advertising” wasn’t received particularly well.

Firstly, there’s the obvious one- there will always be people who claim this commercial is yet another piece of sexist feminist propaganda aimed at shaming men for their normal behaviors in an attempt to emasculate them and attack the male identity. Political advertisements are bittersweet because while it’s encouraging to see large, influential organizations recognizing and bringing attention to previously overlooked social issues, the negative attention it draws to certain movements is also quite disheartening. The backlash can inadvertently harm the groups the advertisements are trying to publicly support- in this case, Feminism and #MeToo. However, Gillette’s advertisement does highlight how much progress is yet to be made in deconstructing toxic masculinity, which is important to recognize no matter how disappointing it might be.

Secondly, there is a growing frustration within people who wish for certain areas of their life to remain free from political discourse. Political discussion is nearly impossible to escape from, and when a company- whose main responsibility is to advertise and sell products -begins telling consumers how to act or how to think, people resist and often refuse to entertain the idea at all because it feels as if the company is stepping majorly out of line by even engaging in politics in the first place.

The initial outrage surrounding Kaepernick’s protests stemmed from the fact that sports fans, who watched football games to relax and unwind on a Sunday afternoon, didn’t want politics “invading” a space typically reserved for entertainment. Nike’s advertisement wasn’t received as poorly as Gillette’s, and I think one reason for this might be because Nike’s commercial, although narrated by Colin Kaepernick (and therefore controversial in that regard), wasn’t perceived as being critical of anybody’s behaviours or actions. The commercial was aimed at inspiring people to follow their dreams, no matter how unrealistic or “crazy” they might be. That message is easier to accept than “you and your friends all possess a myriad of internalized biases and display patterns of toxic behaviour that you aren’t even aware of.” And although it’s true, it can be difficult to digest if you’ve never encountered criticisms of toxic masculinity before.

Thirdly, cynics aren’t convinced that Gillette truly cares. It can be difficult for consumers to determine if a company that is inherently profit-driven can be genuinely altruistic. Are their politically motivated advertisements simply aimed at tugging at people’s heartstrings so they’ll support certain brands over others? Or are they aimed at purposefully stirring controversy in order to gain publicity, not caring whether or not that publicity is positive or negative?

When Patagonia donated their ten million dollar tax cut, they proved to consumers that they’re dedicated to preserving the environment instead of merely claiming they were, while Gillette was criticized for charging more money for women’s razors than men’s razors. This is a phenomenon known as the “Pink Tax,” a form of gender discrimination in which things marketed towards women- mainly healthcare or personal grooming products- are more expensive than products marketed towards men. Critics highlighted this instance of hypocrisy as proof that Gillette doesn’t truly care about ending misogyny or sexism, as profit will always be a company’s main priority. Many want to believe that Gillette’s marketing team has the best of intentions, but we’ll never really know for sure. Nonetheless, the message portrayed by “The Best a Man Can Be” is an important one that aims to help benefit men and women alike. If one were to take anything from the advertisement’s release and subsequent response, let it be that at least it opened up a dialogue, and that’s the first step for solving any problem. 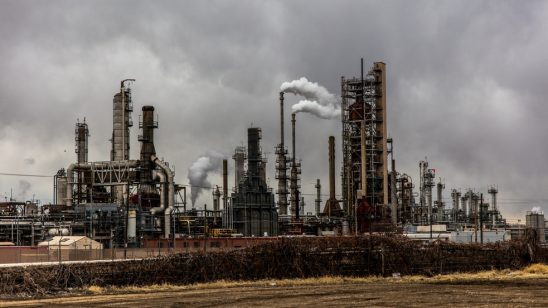 What can the law do for climate change? 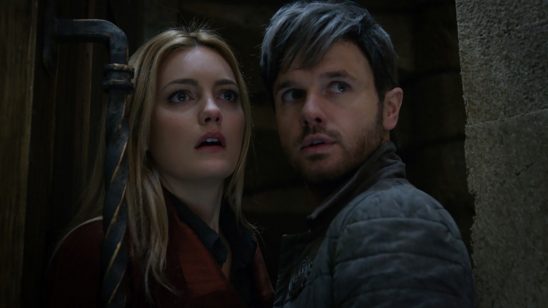