At the end of this month, Sufjan Stevens’ Carrie and Lowell will turn 5 years old. Throughout his career, Stevens has proved himself time and time again to be an intuitive and breathtakingly honest musician who has ceaselessly challenged himself and the soundscapes he works upon. His projects have taken inspiration from a plethora of subjects (the Chinese Zodiac, the Solar System and two of the fifty states of America, to name a few). But the inspiration for Carrie and Lowell is something jarringly personal; the death of his mother, the titular Carrie, and what it means to grieve.

Carrie and Lowell was my first introduction to Sufjan Stevens and what struck me was his ability to make tangible and coherent something as cumbersome and complex as grief, and the imperfect ways we try to handle it (or not). Stevens’ mother Carrie passed away in December 2012. She had been a largely absent figure in Stevens’ life prior to this. During his childhood, it was Stevens’ stepfather Lowell Brams, the second half of the album’s title, who was a figure of support for him. The cover of the album is an aged photo of Carrie and Lowell, a snapshot of a moment. It encapsulates much of what the album is—snapshots and souvenirs, interwoven with thoughtful reflections and expressions of profound emotion.

The shaping of the songs and the body of work as a whole present grief for what it is; something that ebbs and flows. It is not a linear process with a clean cut beginning and end. It can creep up when you least expect it and it can reside alongside even the joyous moments in life. The opening song, ‘Death with Dignity’, features a light, plucked guitar motif that sounds positive, elevated. It sounds like a fitting conclusion, but it is placed at the start of the album.The lyrics are confessional: Stevens will not shy away from his emotions and experiences (‘Again I lost my strength completely’).

On ‘Eugene’ and ‘Carrie and Lowell’, Stevens roots himself further in his childhood memories. Certainly, grief can make us yearn for the past, for better times. But Stevens does not idealise the past. Indeed, the line ‘Like a dead horse’ from the track ‘Carrie and Lowell’ evokes the idea of someone seeing the futility of beating a dead horse by drawing on memories and relationships that were not happy or easy.

On ‘Fourth of July’, the feelings of grief are particularly acute and intense. The line ‘The hospital asked should the body be cast/Before I say goodbye’ is a memory of the day itself, recollected in snatches. The outgoing whispers of ‘we’re all gonna die’ are a confrontation of a profound fear, a confrontation of our fragility and mortality felt in a moment of intense pain. ‘No Shade in the Shadow of the Cross’ is a confession to facing grief in an imperfect, human way. Lyrics like ‘Fuck me, I’m falling apart’ are blunt and fraught with a primal pain.

The final track, ‘Blue Bucket of Gold’ doesn’t offer closure. It instead offers us a voice of someone who feels abandoned (‘Tell me you want me in your life’). It is far from a sweet conclusion. But that is exactly what makes it so real. Stevens treats with delicacy and compassion what it is to experience loss as humans, inherently flawed creatures.

I cannot tell you how to grieve. There is no ‘one-size-fits-all’ way to mourn. But if this piece encourages someone to explore art in the hopes of finding something which resonates with them and their experiences like Carrie and Lowell has for me, then I am happy I wrote this. It is not a cliché that art should make you feel something. Art should add vibrancy and depth to your experiences and, sometimes, make you cry for something you told yourself not to cry for. Carrie and Lowell is a brilliant example of narrative songwriting, beautiful musicality and unnerving vulnerability, where Stevens articulates with grace what can be one of the hardest things we will ever have to confront: who we are when we are faced with loss. 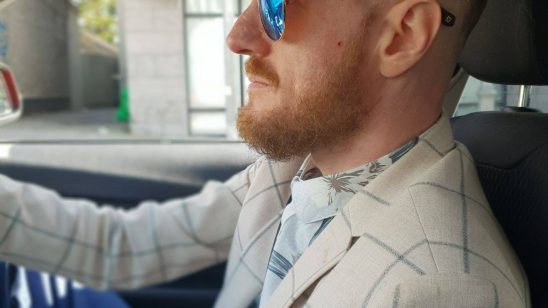 The Art of Character: An Interview with Farmer Michael 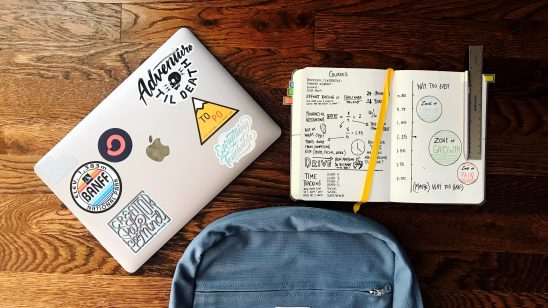