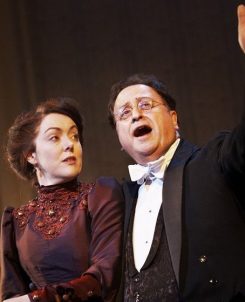 Bringing back The Dead | Sarah England

The restrictive copyright on James Joyce’s work was lifted in 2012, meaning we are set to see a glut of theatrical interpretations of his work. One such interpretation, right out of the traps, is Frank McGuinness’ dramatisation of Joyce’s beloved short story from Dubliners, The Dead, which opened this past December in the Abbey Theatre. […]

Sarah Kane’s Cleansed: the shock of the new | Sarah England

When Sarah Kane’s first play, Blasted, debuted at London’s Royal Court theatre in January 1995, critics fell over each to hurl invective, labelling it with adjectives like ‘disturbing’, ‘degrading’ and ‘depressing’. Some audience members walked out, which was a ‘strong statement’ in a theatre so small, according to critic Aleks Sierz; such was the divisive […]