“Rape is described as not only the second most important offence on our statute books but a violation of one’s constitutional rights and yet the conviction rates are incredibly low.”

Per the Sexual Abuse and Violence in Ireland Report 2007, only 7% of reported rape cases secures a conviction. Rape is described as not only the second most important offence on our statute books but a violation of one’s constitutional rights and yet the conviction rates are incredibly low.

The law of rape is governed by section 2(1) of the Criminal Law (Rape) Act 1981. This provision outlines that a man has committed rape if he has sexual intercourse with a woman who at the time of the intercourse does not consent to it. However, the Act does not go on to detail as to what constitutes as consent. Currently, consent is not defined in statute. Instead, it is defined in case law.

This lack of legislation receives some blame for the low conviction rates and there have been calls to reform it. Motley spoke to Dr Catherine O’Sullivan, a professor in the UCC Law School to explain why this is so.

The benefit of having a statutory definition, according to Dr O’Sullivan is down to “The statement it is making and the power it might have in the jury room.” Currently, there’s a lot of discretion given to jurors in terms of how they’re interpreting what the legal principles are that the judge sets out for them.

“It is therefore necessary to have a definition that states very clearly that the law does not buy into rape myths and
stereotypes.”

While juries have great and many benefits, they are a reflection of society and if we live in a society that believes in rape myths and a society in which there is a dominant rape culture then it is going to be that much more difficult for a rape survivor’s narrative in respect of the sexual encounter to be believed. It’s much more difficult, but not impossible unfortunately, for jurors to justify relying on stereotypes and rape myths if a statutory definition is set out.

She goes on to outline that a judge quoting from a case is perhaps not going to have the same weight for a jury as a piece of legislation that has been passed by the legislature. While there can sometimes be a sense of disconnect between what judges are saying and how real people think and act, our legislators are voted by the people. Jurors therefore expect legislation to be more reflective of them and their values.

As well as this, putting a definition in legislation will be sending an important message. The law is obviously incredibly important in setting norms and standards and the law has an important symbolic role to play in terms of the harms it takes seriously. It is therefore necessary to have a definition that states very clearly that the law does not buy into rape myths and stereotypes.

Despite this, a definition for consent was not added into the The Criminal Law (Sexual Offences) Bill 2015 which was published on the 23rd of September 2015.

In this case a man was convicted of raping his mother. The case came before the Supreme Court and it was decided in a judgment 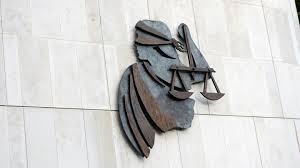 There were two questions referred to the Supreme Court. The first was whether it mattered if the victim’s belief that the accused had consented was unreasonable, but this is nothing new and in fact has been well established already that it doesn’t. The second and more important question was whether the accused would have an onus on him to ensure that he had obtained consent. As the second ground was not argued, the Supreme Court could not come to any judgment on it. A court cannot decide on something that hasn’t been argued before it. Dr O’Sullivan describes this as a shame as “that would have been the interesting point.”

Despite this, the case did have some positive impact. In the judgment, Justice Charleton’s strong and repeated statements of the severity of the crime of rape was very positive. Although it is not the first-time rape has been described as being a serious offence and a violation of constitutional rights, Dr O’Sullivan considers the repeated use of that language to have marked it as being “somewhat special.”

Mistakenly or not, advocacy groups have taken the opportunity of a high-profile case about rape to reiterate what they have been calling for for decades now, that there be a statutory definition of consent. More specifically, for it to be included in the 2015 Bill. The Bill is about to go through the committee stage where there will be a discussion about its content. At this stage, it is possible to insert new provisions. Indeed, the Minister for Justice, Frances Fitzgerald, has said that a statutory definition of consent, taking account of the judgment, could be brought by way of amendment into the Bill. 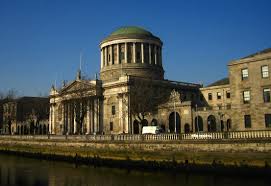 Dr O’Sullivan sees legislation on the issue as a chance to change the definition as it currently stands in case law. She wants it to shift consent from being described in a negative way and put it into a positive light, that consent be a communication and that the accused would have to prove that he sought that affirmation of consent (as opposed to when consent is defined negatively and the onus is on the rape complainant to show what she did to how she wasn’t consenting).

“Under the common-law definition of consent the presumption is effectively of consent. The trial begins with the presumption that the woman did consent and that the lack of consent has to be proved. Whereas if you shift that and make it an affirmative consent so that consent is a positive thing that has to be proven then you are actually shifting the dynamic of the discussions that occurs in the court but also in terms of the discussions that hopefully will occur in the jury room.” England has a statutory definition of consent very much like the one outlined by Dr O’Sullivan, however, their rape conviction rates remain as low as ours.

According to Dr O’Sullivan, this is indicative of what else is needed to change the low conviction rates. “Changing the law is important in terms of setting out what the law regards as being consent and what the law does not regard as being consent; that’s important but that in and of itself is not sufficient.” Society’s views need also change, while legislating is a good step forward in this, it is not the only step that must be taken. In order to achieve this change, Dr O’Sullivan wants “more generally based discussions in society about sexual relations.”

There is no doubt that rape is considered a severe offense nor is there any disagreement that the perpetrator should be punished. However, the low conviction rates suggest that this belief is not without conflict in the name of rape myths and stereotypes. The current state of the definition of consent allows these rape myths to influence the decisions of the courts. Due to the recent case, it looks like we may be on the cusp of legislating for the issue. At this point, however, it is important to note that, just like in England, a statute will not stop societal views from having an adverse effect on the conviction rates. Instead, these beliefs and stereotypes need to be challenged.