Deputy editor Lisa Ahern details her discussion with Irish writer and musician Declan de Barra, who has worked for The Witcher, The Originals and Iron Fist.

Declan de Barra chatted to me on a Zoom call while he was overseas on and I was sat in my manager’s office in a retail shop with the humming of Christmas music in the background. I had the pleasure to discuss his career as a writer, a musician and specifically the creative process for his new work The Witcher: Blood Origin. We began by discussing his journey with The Witcher, from being a writer of two episodes of the original series to becoming showrunner and how he transitioned. He states that “all the heavy work lands on the show runner, commanding an army of, you know 500-600 people,” which was a major difference from his work originally on The Witcher. Instead of just writing the story and sending it off to someone else he describes this transition to show runner as “being given the keys to a Ferrari and they say there’s a racetrack over there, if you go below 200 miles per hour you explode.” In shorter terms it’s a lot to be responsible for, but Declan didn’t crumble under the pressure.

Declan was going to leave The Witcher after season 2 but the show runner Laura Schmidt texted Declan to see if he was interested in working with them for a prequel series, which he  “took about 5 seconds to reply and say yes [to]”. How his creative mind worked to create this story was fascinating. He described how he was just bored in a cafe in LA and he remembered the text  message about the prequel with Laura and ideas began to stream into his mind. He “started scribbling it down on napkins”. When the idea was formed he pitched it to Netflix and now we have The Witcher: Blood Origin. At this point however it was at a “what you call a 50,000 foot level where you have the global view of what the  story is and then you start to drop down and get granular”. He explained how you had to constantly change and rewrite because “stuff happened, stuff blows up, stuff catches fire, plague breaks out,”. Declan and his team always had to be ready for change and rewrites. As any writer whether it’s for a film, novel, tv series “writing is rewriting”. That’s his process of constantly building and tweaking the script and the world.

Born in Bunmahon, Co. Waterford, Declan is another to add to our long list of Irish talents. He moved to America but never left his roots behind. When I asked him if he always had an interest in working in fantasy shows he brought it back to his hometown.”I think growing up in Ireland you’re primed for it, with the legends and myths that we all grow up with like Cuchulainn and the Fianna. In Bunmahon there was even olm stones and fairy forts”  Fantasy and folk tales are “part of your DNA” as Irish people in Declan’s eyes . De Barra believes that being fascinated with fantasy was an internal and natural reaction for him as a person who grew up on Irish soil that contains fairy tales and stories of magic. One of the most magical qualities of The Witcher:Blood Origin was its out of this world locations.

Declan detailed to me about the cruciality of being an active participant on set so I had to know where his favourite filming location was. Of course his response was the gorgeous Iceland. He described how in Iceland “you can’t take a bad shot”. The whole experience of filming “seemed surreal” to him. He praised their people as well as their crews. The whole experience of filming in Iceland was a hugely positive experience for him and for this epic show “the environment had to become one of the characters.”

Speaking of  beautiful locations, he also worked on CW’s The Originals, and broke my heart when he told me it was never actually filmed in New Orleans. He told me it was all filmed in Atlanta, Georgia and how they “took over entire small villages and dressed them like New Orleans”. He did however going on telling me how he visited the city himself as a writer to do research for the show. In his own words he describes the city as “the last Bohemia” that reminded him of Ireland because of its natural adoration of music where people are walking around with instruments everywhere. His eye for the musicality of New Orleans shows his love for music as this was his life before he took to working for the silver screens.

Declan emigrated to Australia and worked as a musician for years before returning back to Ireland. His last major gig was when he toured around Europe. But then he began animating to music where he was introduced to the creators of Roy from Jam Media in Dublin. “I ended up writing a load for those guys, they gave me my first start.” Writing came naturally to Declan and he moved to America . He began getting different writing gigs for television and he thought to himself “oh well that’s the end of music”. However he was able to carry his musical abilities to his work in The Witcher, when the show runner Laura asked him to help pick out the composers for the show . The composers he chose had seen Declan perform on Youtube and ended collaborating with him to write songs for season one of The Witcher.

As any fan of The Witcher would know, music plays a major role in the show. Naturally, in the prequel series “music ended up becoming a character”. He didn’t plan on making music such a major role until the characters came to life. He fed off “the notion that words, songs and stories that [can be] taken from you by oppressors or colonisers. The idea that’s where strength lies. A song can defeat an army”. This idea is truly seen in The Witcher: Blood Origin with Sophia Brown’s character Éile, who is a travelling musician who used her music to spread a message and repent her sins. Sophia had never sung professionally before so they “took a big gamble on her and she nailed it”. Declan describes how the room went silent when she sang in the cave in episode three. It was actually “the first time any of the cast had heard her sing,” so the awe was raw and real from her fellow cast members. For this series as well he worked alongside the American composer Bear McCreary, who he describes as  “one of my heroes”. Bear had worked for epics like Battlestar Galactica and Outlander. This experience Brought him another great achievement for the musician in him to truly admire and expand his career.

Declan DeBarra is a multi-talented Irish man whose resume is lengthy and impressive. There is definitely more to come from this writer and musician, so keep an eye out for his name in the near future for more of his talent filled work. 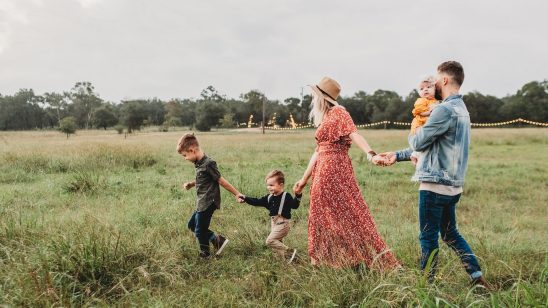 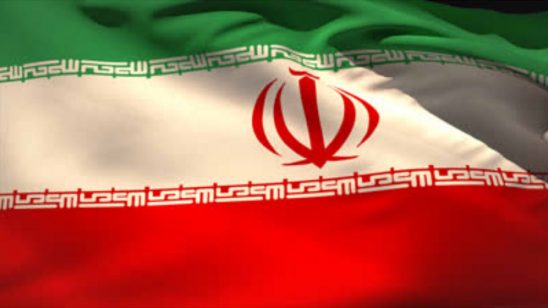