Features Columnist Laura McMahon discusses her experience of learning a foreign language in an Anglophone world.

The British Council reckons that English is spoken at a useful level by 1.75 billion people – a staggering 25% of the world’s population. Despite being the hip, universal language of the movers and shakers nowadays, as a native speaker, the English language will be your worst enemy if you are trying to learn a foreign language abroad. It is, quite simply, inescapable.

At no other point was the ubiquity of the English language as obvious to me as when I was doing my Erasmus year in Germany, where the locals boast as good a level of English as you or I. Berlin was so full of English-speakers that, sometimes, it didn’t feel like I was in Germany at all. Its international reputation as a mecca for creative types, writers, and musicians alike attracts a myriad of expats – the common language of whom, is of course, English. This is obvious in Berlin’s bars, restaurants and clubs. If you tune into the background chatter on the S-Bahn, you’d be forgiven for thinking you were travelling along the Central line in London. Don’t be surprised when your attempt to order a double-cheeseburger auf Deutsch is met by a withering glance from an Australian cashier. Many of Berlin’s more hipster districts, such as Friedrichshain and Kreuzberg, now have more English speakers than German native-speakers themselves. Last year, Germany’s Minister for Health, Jens Spahn, sparked controversy when even he complained about waiters in Berlin restaurants who only speak English.

Often when I’d attempt to engage in conversation with Germans my own age, their response to my Irish accented German would be an outburst of rapid-fire English, characterized by a pompous determination to show off their highly-skilled linguistic capabilities. Equally determined, I would reply auf Deutsch, and infuriatingly, our innocuous conversation would elapse into an aggressive competition to see who had the better language skills. Eventually I began lying to these persistent polyglots.

“No, sorry, I no speak English so well, I come from rural Irish speaking region, and I only know Irish and German well”, came my response in a tone of feigned apology. “But you’re in the European Union, no?” “Yes, but the EU views Irish as our official language”, I would inform them, their brows growing more and more furrowed. While this unorthodox statement was often met with incredulity and the assumption that I was some sheep-herding yokel who made her own clothes, it meant I was able to practice my German. While not everyone has fluent Irish, even those with the most paltry repertoire of cúpla focal could get away with claiming to be a native-Irish speaker from the Gaeltacht, inept of speaking English well.
Another tip I would have for language-learners is to avoid living in big cities, more specifically, capital cities. You might have an idyllic image of gliding through Amsterdam’s canals on a row-boat, or can imagine yourself picnicking under the Eiffel Tower in Spring, the reality is that English is the go-to language in these touristy cities. You’ll find that the native languages there are all too often quashed by the omnipresence of the cursed Union Jack sticker.

In such cities as Prague and Amsterdam, which are inundated with selfie-taking tourists, slobbering on waffles and bibulous young Brits on stag dos, locals are often left with a bad impression of their raucous visitors. This makes it much harder for expats to form friendships with locals, especially if they don’t have a good grasp on the mother tongue of these individuals. In smaller cities, however, the population of foreign workers is lower, meaning that they are then likely to be viewed as a more exotic and rarer group of people who locals are more likely to engage with. This was the case when I lived in Leipzig, where I found it relatively easy to get to know people without being forced to speak English.

The best way I avoided speaking English was by living with local people themselves. Instead of living in student accommodation with other international students, I opted for an apartment share with Germans. At the beginning I could barely stammer a reply to my housemates without having to whip out my Google Translate app, but by the end of the year, I was quite at ease. Granted, I was quite fortunate with my apartment and my welcoming housemates – exactly the experience I hoped for. Without them, I never would have picked up much of the nuances of conversational German and slang. Living with the locals means you are completely immersed in their culture, language and day to day lives. While there were some irrevocable differences between us – such as their habit of getting up early on Saturday mornings to get the housework done, using ketchup as a sauce for pasta, and storing red wine in the fridge – I eventually found myself getting into the swing of their lifestyle.

However, living with locals isn’t always enough – sometimes you have to be smart about it. Try to go somewhere off the beaten track, telling a little white lie sometimes that your English isn’t actually that great will aid your progress, get your hands dirty.

As the world gets better at speaking English, the number of students studying foreign languages is decreasing. In the UK, the numbers of applications for degree courses linked to European languages have fallen by almost a quarter in the past five years, while in the US, the Modern Language Association has found that foreign language enrolments dropped by 9.2% between autumn 2013 and autumn 2016. Language is a navigational tool to find your way around another culture, a key to understanding the mindset and behaviour of another people, understanding their worlds. We often need to speak in different tongues to fully appreciate and understand the intricacies of another culture. Whether that involves chatting with a vendor at a market stall, visiting an area’s main place of worship or playing cards with the old men sitting on the side of the street, speaking the other person’s language will bring us closer to understanding their mentality. We are so lucky to have the riches of European culture at our disposal. We have to make the most of them. No meaningful conversation ever began with the question: “Do you speak English?” 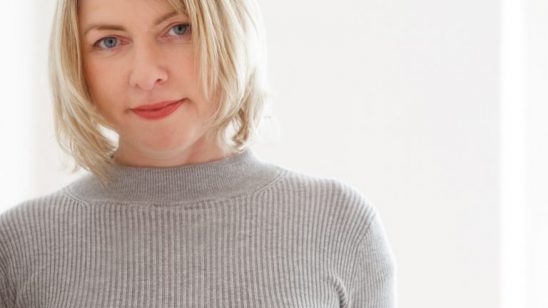