by Molly Kavanagh and Stephen Moynihan

Drug driving is a problem which cuts through a large cross-section of Irish society. However, the prevalence it has amongst people of typical university-going age is worth emphasising – and it doesn’t make for pretty reading.

According to the most up-to-date statistics from UCD’s Medical Bureau of Road Safety (MBRS), dating from 2019, over 25% of those who tested positive for drugs in their system while driving were aged 24 or under. This is the case despite less than half of people in this age group even possessing a driving licence, which suggests that driving under the influence of drugs is much more common for these people than amongst other age groups.

Noteworthy also is the significant gender disparity when it comes to testing positive for driving under the influence of drugs; 88% of those who did so in 2019 were male. It’s not a problem exclusive to any demographic, but in this case the writing’s on the wall. If you’re young and male, your chances of getting caught drug driving are significantly higher, and subsequently so are your chances of being disqualified from driving, fined, or imprisoned.

Cannabis is by far the most “popular” drug when it comes to driving under the influence according to the aforementioned 2019 annual report of the MBRS, with 1,766 (47%) of confirmed drug driving cases testing positive for it. This was followed by cocaine at 23% and benzodiazepines at 13%. “Polydrug use”, when a driver suspected of driving under the influence tests positive for more than one drug, is also a cause for concern; this was found to be the case in 45% of specimens sent for confirmatory testing.

These confirmatory tests can be carried out by the MBRS via three different mechanisms. Firstly, if an individual fails an initial roadside drug test for cannabis or cocaine they are arrested and a blood sample is taken at the station before being sent to the MBRS. There is one caveat here; if the individual can provide a “statutory medical exemption certificate” to show they take cannabis for medical purposes and the Garda believes that their driving is not impaired, they will be let go. Secondly, a driver can be arrested and a confirmatory test carried out if an individual tests positive for benzodiazepines or opiates and the Garda believes the individual’s driving is impaired. This is an important point, as these drugs can be prescribed for legitimate purposes, so impairment or lack thereof is key. Thirdly, an individual can be arrested and a sample sent to the MBRS even if the test returns negative, if the Garda believes the individual’s driving is impaired for another reason.

The number of specimens which fail a confirmatory test are miniscule; only 1% of those who initially tested positive for cannabis at the roadside were not confirmed by the MRBS. This is the case even for the drug with the worst record in terms of confirmation, benzodiazepines; in only 7% of specimens could benzodiazepine presence not be confirmed, and the majority of these were due to the poor quality of the blood/urine samples to be tested.

Why is this important? Because it dispels the notion that drug driving testing is fundamentally inaccurate. The roadside tests carried out by Gardaí appear to be correct in the vast majority of cases, and even beyond this an expert body, the MBRS, is tasked with verifying these results. An overwhelming amount of evidence backs up the negative impact of drugs on one’s driving ability, meaning that drug testing is clearly an important part of keeping Irish roads safe. With that in mind, Motley decided to survey UCC students to get a glimpse of their behaviours and attitudes when it comes to drug driving. Here are the results.

The RSA Online Drug Survey from 2010 was conducted among 1,000 people between the ages of 17 and 34, and had somewhat similar results. For example, the RSA Online Drug Survey showed that 1 in 20, or 6% of, respondents had driven under the influence of recreational drugs at least once in the past, while a further 22% of respondents admitted that they had been a passenger in a car being driven by a person under the influence of drugs at least once, compared to the 44% figure presented by the Motley Drug Driving Survey.

The percentage of young adults driving under the influence of drugs in Ireland appears to be roughly the same in our survey as in the RSA survey conducted in 2010, with a 1% increase. However, according to our survey, the percentage of young adults hopping into the passenger’s seat of a car they know is being operated by a person under the influence of drugs has doubled.

The RSA surveyed 1,000 people in 2010 while Motley surveyed less than 50 people in 2021, so it’s impossible to infer from our results alone whether or not this figure actually doubled since 2010. I’d be interested to see how this figure would change if the RSA conducted the same survey again in 2021. If this figure actually has doubled since 2010, then it’s important to understand why. Our approach to preventing drug driving is going to be tailored differently depending on whether the issue stems from a lack of access to public transport as opposed to stemming from a misunderstanding of how dangerous driving under the influence of drugs truly is.

Alcohol remains the most popular drug detected during roadside screenings, followed by cannabis, cocaine, and prescription opiates. There’s limited data on how frequently heroin is detected in roadside drug screenings, and we believe the reason for this is partly due to the nature of the drug, known for being a powerful sedative (or a ‘downer’). Heroin use frequently leads to drowsiness or a loss of consciousness, so people who have taken heroin would have difficulty operating a motor vehicle under its influence.

We also asked students if they think driving under the influence of drugs can make them a better driver, as there’s a relatively common belief that smoking cannabis and driving, for instance, isn’t dangerous because it makes you drive more cautiously. The majority of students (65.1%) said no, while 27.9% said sometimes, and 7% said yes.

Chairman of the Road Safety Authority, Liz O’Connell, has reported that the number of roadside screenings testing positive for traces of cannabis, cocaine, and benzodiazepines has doubled since the beginning of this year, despite traffic volume falling to an all time low as a result of the COVID-19 pandemic. According to the Irish Times, 2,537 people were caught driving under the influence of drugs by the end of 2020, up by 113% from 2019, and “Gardaí were also catching people drug driving on all days of the week and any time of the day, rather than the traditional spike in intoxicated driver cases usually associated with weekends.”

When asked what actions the Irish government should take in reducing the amount of people driving under the influence of drugs, students suggested expanding public transport routes, implementing more educational programmes in secondary schools, and legalizing drugs nationally. 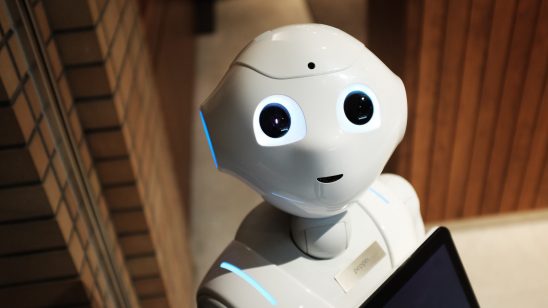 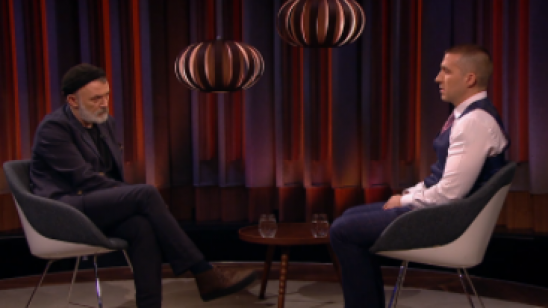 Life After Heroin: A Conversation with James Leonard