Entertainment Editor Jack Coleman interviews the CEO of FlyQuest, Tricia Sugita, and examines the climate conscious policies that have been implemented in the esports team since her elevation to her new role.

Esports is awash with venture capital. According to Forbes, the most valuable organisations in esports are now worth over $400 million. As a result of all this new investment, the industry has become an interesting case study for the creation of new brands. When competitions like the Overwatch League seek to emulate other franchised sports leagues like the National Football League (NFL) by enforcing a level of uniformity among their team’s branding, it can be difficult to stand out. How different is the Hangzhou Spark from the Guangzhou Charge for example? This problem isn’t unique to Overwatch, there have been plenty of forgettable brands in League of Legends too. Joining the League of Legends Championship Series (LCS) in 2017, FlyQuest was arguably one of these brands. With a strange logo and a name that held little significance, many people took to calling the team “Cloud 9 White” due to its roster previously playing as members of Cloud 9’s second team.

The team’s identity changed little over the next two years competing in the LCS. As a middle to bottom-level team results-wise, they weren’t known for the quality of their play. A large sponsorship with Snickers earned some bemusement from the community. The popularity of player Jason “WildTurtle” Tran was the team’s primary appeal. Though people would often profess to be a fan of WildTurtle, not many would claim to be a fan of FlyQuest itself. The team lacked identity. That was until the beginning of the 2020 season when company COO Tricia Sugita was promoted to CEO, and FlyQuest’s “Go Green” initiatives were pushed to the forefront of the team’s marketing. As this month’s issue of Motley Magazine is themed around the climate emergency, I interviewed Tricia about FlyQuest’s new environmentalist streak, and the other worthy causes the organisation is championing.

Tricia has had a long career in esports, witnessing first hand the incredible growth of the industry over the last decade. Beginning as a prolific Starcraft player during esports’ emerging years, Tricia went on to work for large companies in the space like Azubu and Immortals before joining FlyQuest in 2018: “For me, personally, I’ve been involved in esports for over a decade now, so compared to then, esports has advanced quite a bit. Before the zoomer days, esports used to be heavily localized, with only a few opportunities for national, let alone global competition. A lot of it has to do with money, of course, as do most things of this nature. First, we had a lot of passion, then we had a lot of fans; with fans came eyeballs, and with eyeballs come dollars. With dollars, we saw the big names enter the field. Video games and esports became the lucrative market. I love getting to say this every time but the League of Legends World Championship brings in Superbowl levels of viewership. That’s where we’re at now, and that’s awesome.”

Under the leadership of Tricia, FlyQuest introduced several green initiatives to celebrate and preserve the natural world. TreeQuest was a creative initiative where the organisation would plant trees, the number of which correlated with their team’s performance in-game. For example, one kill for a FlyQuest player would result in one tree being planted. In addition, the team’s training facility is known as “The Greenhouse,” as it is blanketed in beautiful flowers and the team competes in stylish floral jerseys to match. For the Summer Split (the second-half of an LCS season), FlyQuest introduced SeaQuest, a similar initiative to TreeQuest but with the proceeds going to the Coral Reef Alliance, a charity which aims to preserve the world’s coral reefs. To celebrate this initiative, FlyQuest created the LCS aquarium, a saltwater aquarium with various creatures that are being live-streamed on Twitch 24/7.

When asked if these changes were a result of her personal philosophy, Tricia answered that the mantra of “Showcase Greatness” has guided the company since 2018, but only now are they excelling in displaying this to the wider community: “Showcase Greatness means we believe that greatness already exists within everyone, and we want to help them find and showcase it. We believe greatness manifests in many different ways, whether it’s winning in games, being really passionate in your work, or even just lending a helping hand to others. Our vision gave us purpose and direction. Everything we did was in support of our company’s vision and it helped us create a strong, healthy company culture united under one goal. We were able to achieve alignment internally and that vision manifested itself in everything we did from hiring, our viewing parties, to women’s merch and career workshops. It makes things simpler, but not easier. Before I was promoted to CEO, I learned that while internally… we had our North Star of Showcase Greatness that gave us clear direction, we needed to put the same energy into sharing our vision externally as we did internally.”

Delving deeper into the community’s perception of FlyQuest prior to 2020, I asked Tricia how she felt about the community’s praise for the organisation’s new direction: “As CEO, my priority is to share our vision so that everyone knows that what we do always has a purpose and ties back to our vision, Showcase Greatness. We did a much better job this year in showing everyone exactly what this means, with our initiatives like GoGreen, TreeQuest, and SeaQuest. I think finally we are associated with what we set out to be, and it’s a great feeling.”

After the great success of TreeQuest, I wondered if there was a reason why the organisation switched its strategy to saving the corals in Summer Split: “Nothing specific other than the fact that we knew we wanted to go with the seas during Summer Split. We set out with two central awareness campaigns in mind for this split – one for saving the coral reef and one for plastic reduction. Our in-game focus made more sense with the coral reef due to its similarity with planting trees with TreeQuest, while plastic reduction awareness was raised in other ways.”

FlyQuest is showing that an organisation can use its branding and marketing for good causes, and perhaps most importantly, that the community will reward these efforts. When I asked Tricia if there was more scope for improving the planet through esports, she responded enthusiastically: “For sure if anyone out there wanted to help, whether it was the LCS, an esports organization, or even an individual, we believe that they already have the ability to affect our planet in a positive way. Finding that ability, harnessing it, and showcasing it is our mission here at FlyQuest. It would be fantastic if everyone could use any available resources for the good of this planet.”

FlyQuest has taken the rare step in esports of reaching out to university students around California in order to encourage them to pursue careers in esports. As Motley is a student magazine, we were interested in knowing if encouraging students was a core philosophy of the organisation: “Definitely, we want young talented people to pursue careers in esports, because that’s how we grow organically. Even if not pursuing a career directly at FlyQuest, we’re always happy to help pave the way for successful futures in esports.”

It’s clear to me that Tricia and FlyQuest are dedicated to using their platform to support positive causes, environmental and otherwise. It is perhaps good karma that the 2020 season has brought FlyQuest its best ever results in the league. After finishing runners-up in both the Spring and Summer Splits, the FlyQuest will be representing North America as the LCS’s second seed during the 2020 League of Legends World Championships in Shanghai. To end the interview on a more lighthearted note, I asked Tricia what her favourite fish in the LCS aquarium is: “Kobe! For those who don’t know, we named him Kobe because of his purple and gold colours, and we wanted to pay respects to the late great Los Angeles Laker, Kobe Bryant, who passed away earlier this year. As a Los Angeles native, I’ve always respected the Mamba Mentality and strive to emulate his work ethic!” 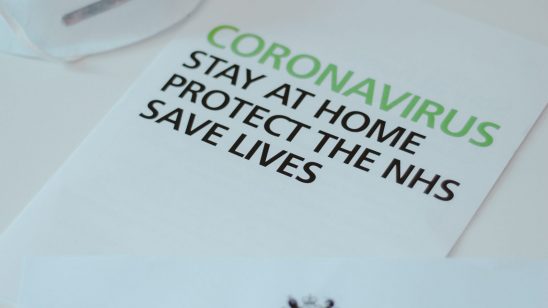 The Environment of Coronavirus 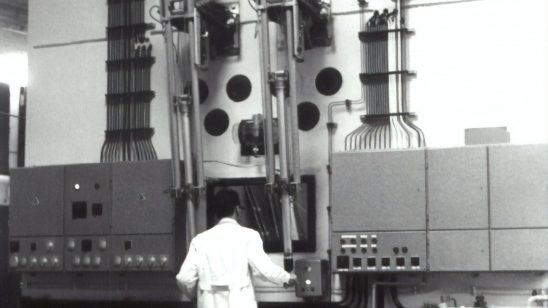