I’ve always been fascinated with the tormented genius archetype: a detective with powers of perception so grand that even the largest of mysteries seem… elementary. Or, a doctor who treats patients as puzzles, while perhaps his biggest puzzle is the workings of his own mind. A scientist who traded his humanity for God, killed in a freak accident. However, the trouble with all of these characters is just that – they’re only characters. Still, I’ve longed to meet a troubled genius in real life, to pick at their enlightened intellect, far above mine.

Finally, I might have discovered one! Hermann Kelly, Former Secretary to Nigel Farage (yes… that one), has shown-off his mental prowess to the world in the form of the Irexit Freedom Party.

He can see things that us plebeians can’t! Obviously, he knows something the rest of us don’t. Why else would he go against the scholarship of every respectable economist, every policy maker with even a lick of sense, or any Irish business that benefits from the EU, if he was not in possession of unique mental faculties, unlike anything the world had ever seen? I’m joking of course.

The Irexit Freedom Party: anti-abortion, anti-immigration, and anti-Eurozone – amongst other things. Much of this is left unstated in official documentation such as the party’s published manifesto. However, much like our friend Trump, Kelly’s musings stated on the party’s Twitter account (which I’m told is perfect satire), is evidence enough:

@IrexitFreedom: “Imagine having to share your sovereignty and territory with 27 of your neighbours. They could come and go as they please into your house and garden. Impose rules on your household. None of us want to be controlled by our neighbours.” 24 Sep 2018.

The logic behind the party is that Ireland has ceded too much control to Brussels. It’s non-sensical, but worse, it stirs long-held and largely incorrect perceptions of Ireland’s position in the European Union. Among the consequences is a significant belief amongst party-supporters that our current housing crisis has come as a result of immigration, a simple equation of “rise in demand equals loss of supply”.

Another personal favourite from Kelly is:

“Ireland has sold its fishing rights to Europe!”

Well, there’s a couple of problems with that. Arguably we have made more money from Europe then Irish fisheries could ever have given us in exchange, even if we did “sell our fishing rights”. We don’t have the infrastructure required to sustainably fish Irish seas even now, so we couldn’t have used them efficiently anyway, until that infrastructure, training and workforce developed, through EU support.

So, that’s just one example, Mr. Kelly, but fishmongers are better off in Europe, but God forbid the party ask one of them to find the facts out for themselves. But that’s arguing with these people based on logic, and I’m just not sure that this applies here. They have ignored the educational, agricultural, industrial, infrastructural, and cultural benefits of the EU on our country (outside of fisheries!), so why would they listen to logic? They certainly didn’t adhere to logic when formulating the name for the desired Irish exit from Europe – “Irexit” sounds like a rectal cream.

Does it strike anyone else as odd that the guy who worked to make “Britain British” now wants to make Ireland… something? Irish? Well, how about: economically re-dependant on a country that views us as useful idiots; under the thumb of a rekindled sense of British Imperialism; ultimately, regress as a nation? Bankrupt us?

Ireland belongs in Europe, just like these lads belong in the loony bin. We don’t need your rectal cream solution to a non-existent problem. 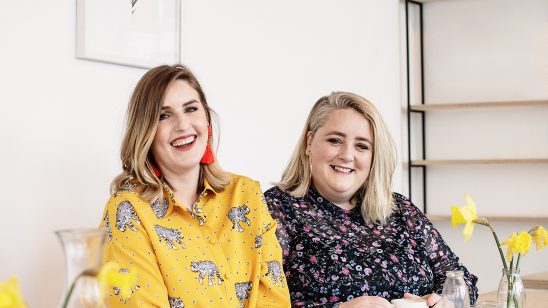 Interview with the writers of: ‘Oh My God What a Complete Aisling’

Any Gaffs? The Student Housing Crisis