The recent general election win of Greece’s “Coalition of the Radical Left” party, otherwise known by its acronym, Syriza, has instilled a profound fear in all centre-right governments across Europe. The party rode into power under the leadership of the fresh faced Alex Tsipras, on a wave of public support for their promises to end austerity and renegotiate the terms of loan repayments to the European central bank. Its members have proposed a radically different method of government to their right-wing predecessors, New Democracy, and have captured the hearts of Greece’s disillusioned electorate.

Incumbent European governments everywhere are dreading the prospect of Syriza success in rebuilding Greece’s broken economy. Why? Well, if the party were to succeed, it would confirm their dreaded notion that left wing radicalism is a viable alternative to traditional centre politics. The possibility of Syriza’s proposed new measures leading to renewed prosperity in Greece may well then set a precedent of election success for all political left-wing parties across the continent.

However, the big issue is the very real possibility that Greece will leave the Euro if bailout reform negotiations prove unsuccessful, leading to a collapse in currency value and other grave implications for the European community. Finance minister Yanis Varoufakis has been given the task of presenting Greece’s new proposals to Europe’s leaders, a venture that has so far proved deeply unsuccessful.

Many have balked at Syriza’s somewhat arrogant promises of bailout reform, with some angered that the country’s delegates believe that they are in any form of position to negotiate terms. Critics have latched upon a distinct lack of warmth from European leaders for the party’s proposed reforms, pointing also towards the inability to take the party seriously, when Greece’s financial proposals were submitted after the agreed deadline. European diplomats are therefore faced with a Catch 22 situation, in which yielding to Greek economic proposals would display obvious weakness, setting an example for other austerity hit countries to attempt negotiations.

Certain economists now believe there to be a 50% chance of break up, resulting in Grave implications for both Europe and Greece alike if a “euro exit” comes to fruition. Looking firstly to the former, a Greek departure would create investor fear in the European market, leading to a drop in the value of the euro, in comparison to other currencies. The loss in currency value would provide temporary relief for the Eurozone, making its exports more competitive in international trade. However, the flipside is that imports from the rest of the world, especially the US, UK & Japan, would become more expensive.

Other similar economies in financial turmoil such as Spain and Italy, would be faced with the prospect of little or no demand for the purchase of their bonds, leading to a loss in much needed prospective income over the coming few years. French banking giant Société Générale have speculated that a Greek exit could result in a 20-30% outflow in already hard hit Italian and Spanish banks. A devastating statistic for both countries’ financial future.

The repercussions for Greece are equally as ominous. According to Swiss global financial services company UBS, Greece would see a 50% drop in GDP, with economists speculating the country would be staring down the barrel of sovereign default, corporate default, collapse of the banking system and collapse of international trade.

Political and civil unrest would ravage Greece with the country’s drachma collapsing in value against other currencies. Inflation would soar for even the most basic of goods and once again people would take to the streets in anger against government “failings,” and displaying the very public outrage that brought about the downfall of Syriza’s predecessors. Minister of Civilian Protection, Michalis Chrysohoidis, has been quoted as saying that the country will end up in “civil war” if Greek backs are turned on the euro with genuine fears for the necessity of military intervention replacing the role of government.

The eyes of the world are now on Greece. This effective case study in left-wing rule could provide the template for similar party success across Europe with a forsaking of ‘tired,’ out of touch centre politics sweeping across the continent.

Interest at home reaches that of far more than just journalists and economists. Sinn Féin have tapped into the distrustful view many Irish people now have of politics with a considerable growth in support over the past four years. Certain fractions of the electorate feel alienated and have grown tired of the Fine Gael/Fianna Fáil monopoly of Irish politics, crying out for a viable, alternative method of governance. Syriza therefore provides a very real model of success for Sinn Fein, with the fortunes of the former arguably linked with that of the latter.

Stathis Kouvelakis, a lecturer in political theory at Kings College London and Syriza central committee member, has stated that a rise in opinion polls for Sinn Féin in Ireland and the left-wing political party Podemos in Spain, has shown that: “The political landscape can change dramatically; that Greece is not an anomaly; that what happened in Greece can happen elsewhere.”

Is Alex Tspiras a revolutionary who is kick-starting the biggest political movement in Europe since the French revolution? Or is he simply another political pretender, destined for the scrapheap like so many others? The world is watching. 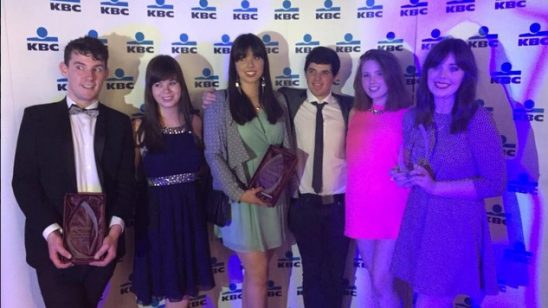 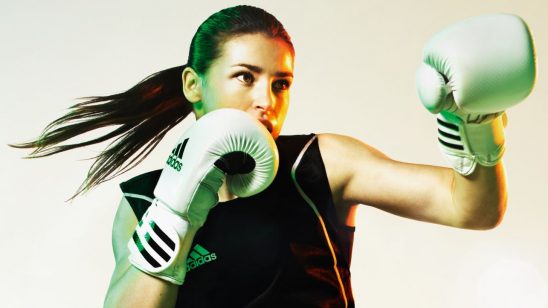 Kings or Queens of Sport?