With the country welcoming the news of most restrictions being eased on the 22nd January, Current Affairs Editor Conor Daly looks at how Covid-19 has caused and continues to cause delays in care both here in Ireland and further afield.

We now stand on the verge of the two year mark of the coronavirus pandemic. What started out as something that might close offices and schools for a number of weeks, has transformed into something that has impacted billions of people globally and dramatically altered our lives. Mask wearing, vaccination, social distancing; all these measures have been introduced in an attempt to combat the spread of the disease and reduce serious infection. The general public has been desperate for some positive announcements, with sustained pressure on the government to ease restrictions on the hospitality sector which has been hit extremely hard by the implications of the virus. Now, almost 48 months since the onset of the pandemic, life in Ireland is beginning to take on some traits of normality following the removal of the vast majority of restrictions. Social distancing has been removed and covid certs will no longer be required to enter restaurants, bars and nightclubs, which have also had their original opening hours reinstated. Moreover, it is being reported that mandatory mask-wearing could be revoked by the end of February. And yet, despite all these positive changes, the impact of covid-19 on our society and more specifically our health service is undoubtedly ongoing.

This is another side to this pandemic, one which resurfaces every so often in news bulletins, lost in the swathes of figures that occupy the media on a daily basis. It is of course the impact that covid has had on the everyday functioning of our healthcare system and the waiting lists that continue to grow due to postponed appointments and cancelled surgical procedures. Obviously, this is a double-edged sword for the health service and the Department of Health. Their priority remains the quelling of the pandemic on our shores, even if that means delaying medical care for other people within our society.

New data has shown the extent of the issue nationwide. The Irish Independent reported on new figures released in January, which showed that there were “over 100% increases in outpatient and inpatient/day case waiting lists at some public hospitals over the past 12 months”. It also stated that roughly 114 people were added to public hospital waiting lists every day over the course of 2021.

The state of affairs is of concern to those waiting for procedures or appointments. These figures come from a report from the National Treatment Purchase Fund (NTFP), which showed that 879,277 people are currently on some sort of waiting list in Ireland. The situation is particularly dire in Cork University Maternity Hospital (CUMH), which had the highest increase in outpatient waiting lists in 2021 at101%. These figures are quite shocking, especially when the hospital with the second highest increase saw a rise of 30% in the same period. There is a consensus both among stakeholders within the sector and also patients that something has to be done to rectify the situation.

Similar reports back in December of 2021 shed light on these issues as well, with the extent of the problem in Cork being clearly set out. At that stage, over 80,000 individuals were waiting for appointments or inpatient treatments in hospitals across county Cork alone.

It is clear that protecting the public from covid-19 has been the key priority over the past two years, and understandably so. But as we begin to emerge on the other side of the pandemic as signalled by the easing of restrictions, this is an aspect of the health system which is in need of immediate attention.

This phenomenon is not confined to Ireland. Reports from the United Kingdom show similar issues, with hospital waiting lists continuing to be a cause for concern for both patients and healthcare officials. The country is still facing the same problems when it comes to the healthcare system feeling the side effects of two years of a pandemic. It has recently been reported by the Guardian that there are currently 6 million people in England alone that are waiting for routine hospital treatment. Another startling figure is that there are more than 300,000 individuals who are waiting longer than a year for surgery. Part of the problem is the extensive absences of healthcare staff which is of course another consequence of the challenging position these workers find themselves in while being part of the fight against the pandemic.

Just over the border from England in Wales, there are also reports of increased waiting times for patients. It is reported that the Welsh health system is experiencing record waiting times for the 19th successive month. One can’t help but notice that 19 months would take us back to the early stages of the pandemic, with the covid-19 virus undoubtedly proving to be a key factor in the challenges facing the health system in Wales and countless other countries around the world.

Ireland is clearly not an outlier when it comes to difficulties faced by national health systems, a global pandemic by nature will have huge consequences on this sector of society. This however should not be a source of comfort, knowing that other countries are experiencing similar situations. The Irish Hospital Consultants Association (IHCA) has recognised the extent of the problems faced by our health system and has called upon the government to take significant action in order to change the predicament the health service currently finds itself in.

The situation needs prompt action taken. The news of the easing of almost all restrictions is of course a hugely positive step forward, out of the darkness of the last two years where the beginning of the end was often difficult to envisage. There is still work to do, that much is abundantly clear. But let us be rejuvenated by the return to life as we knew it, the things we all longed for in the days of lockdown and isolation periods. If the last two years have proven anything, it is the resilience of people in the face of the most difficult of circumstances. One can only hope that all the relevant stakeholders can approach the issue of waiting lists with that same level of resilience and that the problem will be tackled over the coming months. As public morale rises after a long period of uncertainty and adversity, positive changes in general, but more specifically, in relation to this problem in the health system, will be welcomed with open arms. 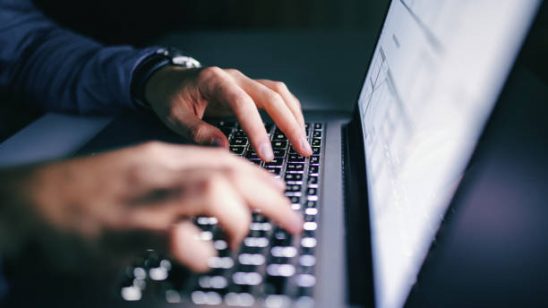 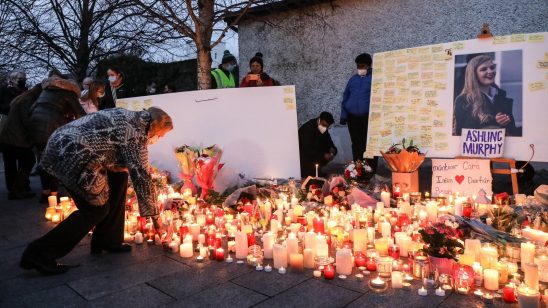 United by the Most Heinous of Crimes