Maeve McTaggart analyses the first leaders’ debate of #GE2020 where talk of healthcare and housing dominated, complemented by a cringe-worthy moment on cannabis use.

Joined at the hip under a confidence-and-supply agreement since 2016, the separation of Fianna Fáil and Fine Gael was not to come at the Virgin Media studios on Wednesday night. Pat Kenny’s Big Debate was to be a head-to-head, without the noise of any other party who could offer an alternative to the powers that be – and have been – since the inception of the State. If voters were looking for clarity, that is certainly not what they got. Reminiscent of a duel of pointing Spidermen, the debate failed to answer the question weighing heaviest on the public’s mind; between Fianna Fáil and Fine Gael, what’s the difference? While policy points on health, housing, crime and pensions all had the innovation of copied homework slightly changed to avoid suspicion, Taoiseach Leo Varadkar and opposition-leader Michéal Martin agreed on one thing unequivocally. Both, in the words of Varadkar, are “willing to work with any other party with the exception of Sinn Féin.” References to IRA-links and unscrupulous political scheming achieved consensus on the empty stage – “you don’t want Mary Lou McDonald as Taoiseach!” Kenny exclaimed as Varadkar and Martin mused upon potential coalition partners. The leaders acknowledged the importance of listening to the Greens on climate change while Green Party leader Eamon Ryan remained, ironically, excluded. Collaboration with each other, however, is not Varadkar’s preference, a stance echoed by Martin the morning after the debate. The two men are former health ministers, their records something the other relished in pulling apart. Trolley crises, GP waiting lists, neglect of Sláinte Care – the back-and-forth drew some low blows. Leo cast out lines but Martin consistently refused to take the bait, unnecessary emphasis on Martin’s ‘Deputy’ title and references to scandals which wrought his health record went unanswered by the Fianna Fáil leader. At points, all three men on stage spoke at once, cameras spinning to accommodate the unintelligible digs at health records and trolley numbers. Unanimity again came as both former Ministers for Health admitted to having private health insurance. “Is that not an indictment of the health system?” Kenny retorted, leaving Varadkar and Martin again brawling for soundbites, never answers or revealing talk on policy. No conversation on the night suggested that the debate would change the minds of voters, but one caused a layer of cringe to settle over Varadkar to the distant sounds of wailing PR teams. A simple question, one which for Martin was a simple answer; “Have you ever taken illegal drugs?” A sure, steady and unremarkable “no” came from Martin while Varadkar froze for what felt like minutes. If anyone had switched over to Love Island on Virgin Media 2, they would find more suspense and second-hand embarrassment on Kenny’s debate-stage than any recoupling. He had already answered the question before, he said. There was glee on Martin’s face, disbelieving that the Taoiseach had fumbled on such an easy question. “I have, but it was a long time ago,” Varadkar finally uttered, breaking a decades long silence and beginning, what Miriam Lord has called, “a drug-induced election” with the issue of drugs, their use and legalisation dominating post-debate headlines. To Hot Press in 2010, the Taoiseach had answered the question before. “I did [smoke cannabis] a bit in my college years, yeah,” a younger version of Varadkar told the magazine. When asked if he had ever experimented with ecstasy or any other drugs, he gave the suggestive answer of, “Not since I’ve held elected office, anyway.” The reality for Leo is that a straight answer would have most likely slipped under the radar. Instead, in a debate where nothing happened, it has become the only talking point. Policy-wise, the debate was a draw of nil-all. Personally, from pictures painted of a drugged-up youth to allegations that the Fine Gael leader lacks any empathy, Varadkar seemed to suffer a knock-out. When questioned on allegations that he is “without human touch,” the Taoiseach offered that he knows “some people say that about me.” In his answer, Varadkar illustrated himself has an intuitive man of few words, articulating his feelings through his action rather than speech. Martin, alternatively, seemed beyond personal reproach – a blessing in a Fianna Fáil leader following in the footsteps of Haughey, Ahern, and a shame-bringing backbench of Lisa Chambers. While Pat Kenny failed to elicit any groundbreaking statements from the two largest-party leaders, it is still early days in an election campaign which threatens to make-or-break the careers of both. Varadkar is an unelected Taoiseach, the title a hand-me-down from his predecessor Enda Kenny in 2016. Martin, if he fails to reach a critical mass of seats which will allow him to become the head of government, will be the first Fianna Fáil party leader never to be Taoiseach. They face each other – and each other alone – in the final debate before the election on February 4th on RTÉ but will face a number of party leaders on the stage beforehand.  RTÉ will host a bigger posse in its studio on January 27th, and Virgin Media will follow suit on January 27th. In a new change, TG4 will for the first time not host a debate as Gaeilge between the leaders of parties big and small. On Wednesday night, Varadkar and Martin failed to excite amid promises of “real change” and that, according to the Taoiseach, this election will “come down to who you trust.” Unanswered questions, scrambled loyalties and a race too close to call. If Varadkar is right, by the end of the election campaign, who will we trust? 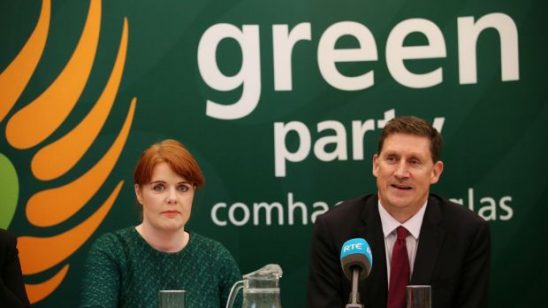 The Green party are Soft-Capitalists. Vote for them anyway. 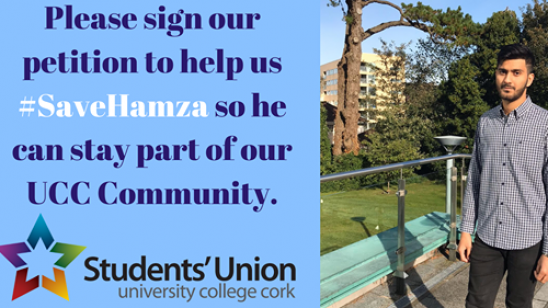 The shocking and unjust proposed removal of a UCC student from Ireland. What you can do to help Hamza Khan?