Don’t look away, we’re just telling you the truth. Conor Daly looks at how our brains are being rewired to act as money-makers for the capitalist machine through social-media.

We judge people with little to no information about their life struggles, their childhoods and what has led them to the point when we meet them. The most harshly judged? Addicts. Perhaps it’s a way of feeling good about ourselves: a put-them-down to pick-yourself-up mentality. Or maybe it stems from an inability to empathise, a sense that you really have no understanding of what their life is like.

Addiction is far more common than people realise. Recently, researchers have shed light upon a relatively new societal addiction, smartphones, and more specifically, social media. Now before you stop reading to attempt avoiding a condescending lecture or horrifying enlightenment, hold your horses while I get off mine: I’ve done this too. But, it seems that especially in a year when people are spending so much time at home with screens, it is important to highlight that technology can be an addiction.

Some of the traits of any addiction are negative impacts on relationships, productivity and probably most importantly, our physical and mental health. A recent article in Business Daily comments upon this fact, acknowledging that social media addictions carry many of the same behaviours as other addictions. We have all been at a dinner table where people are on their phones and not making conversation. This may seem like a common occurrence yet the effect this can have on relationships is substantial.

Anyone who has researched social media and its side effects will be aware of some of the worrying design features of the apps we use every day. They are created to manipulate the same parts of our brains that react to slot machines. The act of you refreshing your social media feed and a new post popping up is made to mirror the experience of gambling. It has been reported that these apps “create psychological cravings”. We think we are in control. Yet, when you see your phone light up, how long can you go without checking what that notification is? How soon after you wake up do you “need” to check your phone and get your fix? In the aforementioned article from Business Daily, it also mentions how engagement on social media posts, such as likes, trigger the same region of the brain as some drugs, for example, cocaine. The Social Dilemma documentary which rocked Netflix a few months ago only confirmed our suspicions on the malevolence of social media with some of the head honchos of former tech giant companies like Facebook, Google, Twitter, weighing in on social media addiction. Even Pinterest is trying to hook your granny to her boards…social media is relentless in its aims to capitalise on your time and on your life. 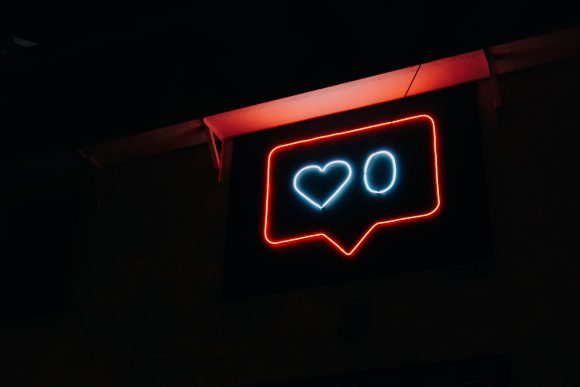 Photo by Prateek Katyal on Unsplash

During the first lockdown, having read articles similar to the ones above, I tried to cut back on phone usage and found it more freeing than I imagined. Granted, being an introvert did help the cause, but it allowed me to see that phones are a “want” and not a “need”. It seems that sometimes we can forget that.

This is not an attempt to stop everyone using a phone or social media. In our current circumstances, these are vital modes of communication. But being aware that these apps are manipulating you allows you to become more aware and take back some of the control.