In the last decade however, it seems like all the world does is throw medals on Hansard’s lyrical genius and song writing skill. From an Academy Award win to a recent Grammy nomination for Best Folk Album with latest record Didn’t he Ramble, Glen Hansard is leading the Irish ‘tribe.’ 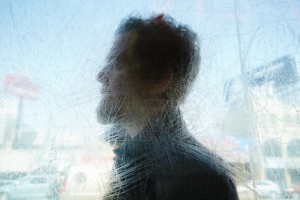 Following the success of his debut solo album Rhythm and Repose in 2012, Glen set himself an admirable lyrical challenge when composing the songs for what is now, Didn’t he Ramble. Instead of falling back on worn out clichés and safe rhyming phrases, Glen decided to make this album devoid of love songs and in particular the word ‘love.’

“I just wanted it to be unique,” says Glen of the record. “I built restrictions. I decided I wouldn’t use the word ‘love’ or ‘heart’ unless there was absolutely no other word out there that would work in the context. Words like ‘heart’ and ‘love’ for a songwriter are easy words. They fall out of your tongue, but when you think about what those words are, I mean the heart is an organ in your body but most of the time when used in songwriting it’s meaningless.” 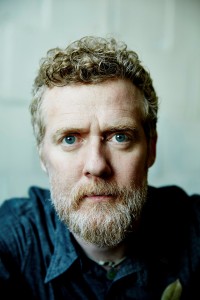 At the age of 46, with a smattering of grey slashed across his signature red beard, Hansard is aware that his songwriting has developed since his early years as lead singer of Dublin outfit The Frames, whether this change has been for better or worse is up to the listener to decide.

“My writing has changed. Whether it’s progressed or digressed, you can be the judge of that, people can decide if it’s better or worse but for me I felt in this record I connected more with the craft. Generally in the past I would sing a line, I wouldn’t really know the sense of it, but knew deep down it meant something. Sometimes it was based purely on the shape and the noise that it makes. But on this record I wanted to write every record and I wanted to mean it. If I don’t mean it, it shouldn’t be there.”
“I wrote songs for my family,” the Dubliner continues as he muses. “My dad passed away five years ago, but it seems I only began to deal with it now through writing this album and performing the tracks.” 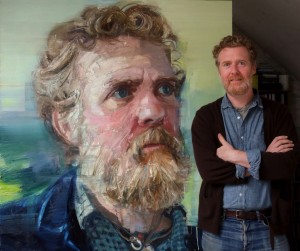 Although his songs contain a unique emotional and personal edge, Hansard admits that as a songwriter he has to stand back from the song to prevent it becoming drowned in his own personal experiences and losing its artistic beauty.

“For me when I put too much of myself into my songs I find I don’t like them as much. I need to step aside and get out of my own way and let the good stuff come through if that makes sense.”

Rustic fretwork and songwriting prowess aside, Hansard feels indebted to producer Thomas Barlett for providing a critical eye to his two solo albums. “He’s an incredible musician whether he opens his mouth or says a word or not he has an influence on the record simply because he’s a great player. It’s good to be around people who challenge the song and challenge the music. Thomas is a great person to sit down with and have a conversation with about what the song is.”

Taking over a year to write and record Didn’t He ramble, Glen admits that the process of making an album is at times a tedious one waiting for the creative juices to flow.
“It’s usually done in very brief spells, it’s done very quickly but over a long period of time. It can be a year and a half of going in and working for three or four days here and there. So it is quite broken up when you look at it like that. It depends on what it is you’re trying to achieve really. Some songs blossom and take more time. Other songs suffer then by spending too much time on them so you need a balance.”

While Hansard may not have issued any solo album until 2012, as lead singer of The Frames he was no stranger to recording an album or the songwriting process. So is there an integral difference between writing songs for a one man folk band and a rock quartet?

“There’s a massive difference. The one main difference being that in a rock band there’s a man with a guitar, there’s drums, there’s bass wanting to make one big great sound. Often times a song is built around a noise that’s made. Clang, boom, boom” says Glen mimicking the familiar instruments’ sounds “It’s built out of a construction of noise and the lyric gets drowned. But when I’m writing by myself I’m interested in the emotion in the song. I’m not driven as much to the sound. I’m interested in it but not very concerned.” 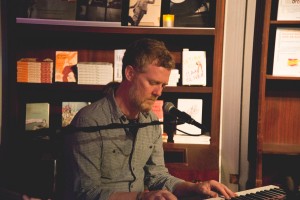 Emotion is a word synonymous with Hansard’s blues style with the Irish Times labelling Didn’t he Ramble as an album of “intimacy and honesty” and his “best work yet.” What’s more, this second solo effort has been nominated for a prestigious Grammy award for Best Folk Album. Having pined and ploughed through the music scene for over 25 years, I ask the Dubliner whether these accolades and positive critical reception mean much to a man who has achieved so much already?

“Ah yeah, of course. It’s a wonderful thing to get recognition. I was proud of the record but it was nice. The record industry is bizarre, so it’s nice to know what the hell you’re doing and if you’re doing ok. It’s nice to get a nod from the Grammy organisation. They’re an interesting organisation. The charity work they do is very interesting. It’s pleasant after working hard to be recognised. You don’t need it, or live for it, or plan for it, but it’s nice.”

Hansard’s Grammy nomination is perhaps reminiscent of his Academy Award nomination (and win) in 2007 for Best Song, with the plundering piano ballad ‘Falling Slowly,’ the lead track of Irish indie film, Once. However, for Hansard the comparison is vague admitting that that period in his life was “unimaginable” and “very strange.”

“What happened there was very, very strange wasn’t it? That was a chapter in our lives that nobody really understood, but this (the Grammy nomination) in a way we could imagine.”

Once is now a multi-award winning musical, including Best Musical at the renowned Tony Awards and earning success at both Grammy and Laurence Oliver organisations. Hansard is not connected to the musical in any form, but admits that he is proud of it what it has achieved and its sold out run in Dublin’s Dame Street Olympia Theatre last summer.

“I never envisaged it and I never liked the idea of it but it happened and it worked. My instincts would’ve been to say ‘Ah jaysus what are yis at?’ But when I saw it I thought that’s got nothing to do with me and it’s really good. I just don’t feel any responsibility or connection towards it in any way. And I’m not connected to it. I’m not a producer, they just use my songs.”

With acting in Once and Irish cult film, The Commitments under his belt, garnering international success as The Frames frontman and now for his solo efforts, Hansard took his first tentative steps into the music industry at the tender age of 13, leaving his school books and native Ballymun behind to busk on Dublin’s city centre streets. Organising Grafton Street’s annual Christmas Eve busk in aid of the Simon Community, this year Glen was accompanied by none other than Bono, and members of Dublin bands The Coronas and The Script. For Hansard busking is “devoid of ego” and is the ultimate way for a musician to keep their feet on the ground as nobody is as judgemental as the pedestrian on the street.

“If I go out in the streets of Barcelona and play, I might make a couple of quid and I might not. It really is down to my mood and the mood of the people passing by and how generous they feel depending on their energy or their money. You can have a successful career and all that but when you go out to the public and busk you are playing for ‘the everyman.’ The nature of it is that one day you’ll be noticed and one day you won’t.” 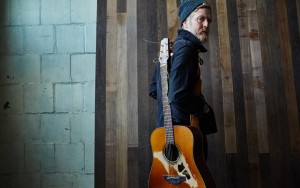 Forever pensive and honest in his answers, Glen believes that the path of the wandering minstrel musician was one destined for him. While at age 13 singing his heart out on the bustling street corners of a different Dublin city to the one we know today Hansard never envisioned worldwide glory, the role of the travelling troubadour was one he was always infatuated with.

“I guess in my deepest self I would’ve had a sense of it. I think everybody has a sense of destiny to do with what you want. If you had said to me where do you see yourself, no I never would’ve been able to describe or envisage Grammy nominations that stuff wouldn’t have came into my head.”

“But the vision of travelling the world and playing for a bunch of human beings all of that I could’ve probably seen. Just the idea of the troubadour- traveling and singing. So I did imagine that sort of existence. When we dream we create the path in front of us, as kids we visualise it.”

In the words of stand-out 2015 track ‘Grace Beneath The Pines,’ borrowed from American poet Robert Frost, at age 46 Hansard has achieved “grace upon the road less travelled.” With a marathon run of gigs in Europe ahead and on the verge of Grammy success, 2016 promises to be another year of dream catching and destiny fulfilling for Hansard.