Current-Affairs editor Ronan Keohane looks at present-day examples of extreme weather phenomena and addresses the emergence of these climate issues in light of Globalisation and the current International Order.

Globalisation is often regarded in a positive light as it has been generally accredited for unprecedented technological advancements and intellectual enlightenment throughout the world at large. This stance is usually justified with arguments that globalisation is the force which has helped facilitate the emergence of over 45,000 international NGO’s around the world, has increased communications as well as a large-scale growth in recognition of the complexity of our world and the various problems that it faces.

Although the connotation is typically positive, globalisation alongside all of its hailed advantages (worldwide increasing GDP growth, technological advancement and market extension etc.) has also got a very wide range of disadvantages which are not always brought to light in comparison to its positive attributes within popular discourse. Economic globalisation in particular has also been known to exacerbate inequalities and it is cited as the primary perpetrator of extreme environmental damage. Due to our privileged position of living in Ireland, a small island nation in North-Western Europe with a wealthy economy in the global north (as well as benefiting from membership in various international organisations such as the UN, EU, OECD etc.), we might not always be aware of the true extent of these negative aspects due to how sheltered we are from these effects. Furthermore, we are a nation which directly benefits from many aspects of the international order as well as having an established upper-hand within established economic systems and trade organisations as opposed to other places which have largely been exploited by them.

Climate change resulting from economic globalisation has become a topic of great concern in recent years and the worldwide influence of prominent and young environmental activists such as Greta Thunberg and Licypriya Kangujam, among others, have served to strengthen this concern. While there are many climate change deniers who argue that human activity is not a driving force behind the vast changes in climate and weather patterns, the rapidness within which these changes are occurring as well as the extensive grounded scientific research which counter these claims can easily serve to contradict these arguments.

We have seen in the summer of 2022 alone the unprecedented drastic effects that this has caused throughout the world, the list of catastrophes is quite long however two events which particularly stand out due to their severity include:

While there exists a multitude of differences between a heatwave and a flood, when investigating the numerous major causes behind the extent of their severities it is evident that the primary cause is climate change as a result of human activity.  What these 2 events have in common is that these countries are both extremely resource-rich nations which have largely fallen victim of labour exploitation within global supply chains. They are widely remarked as being predominantly export-oriented economies; Pakistan’s largest primary export commodity being textiles while China’s is electrical machinery and equipment. Both industries within these export commodity supply chains describe how workers are frequently underpaid and overworked as a result of the system.

What these countries also have in common is both of their primary industries are quite harmful to the environment; these industries are responsible for high levels of air and water pollution. They are also often cited as examples of nations with high levels of worker exploitation. They are dependent on manual labour in factories which usually involves ‘sweat shop’ conditions of labour. Many look to the governments of the respective nations and the superiors within the industry as fully to blame for this, which is partially grounded however arguably narrow as it does not account for the conditions within the international order in which the nations and their industries feel are conditioned to operate in such a manner. What is further notable is that the biggest trading partner is the USA who purchases 17.2% of China’s total exports and 21.1% of Pakistan’s total exports, a further significant proportion of their profits goes to other European and North American retailers (and into the high street stores) who profit significantly more from their production than even the top elites of the nations within which they were produced. The systems of exploitation which are institutionalised and continually re-enforced by these hierarchies of power (whether it be through soft-power, cultural hegemony etc.) create a situation where countries outside of the global north are continually forced to play into the system and keep producing and exporting which feeds more and more into the power system which continually marginalises them. Due to the global north consisting of agents of hegemonic cultural influence and having the established upper hand within global financial trade agreements, the brunt of the negative impacts of climate change will not be felt as much by the global north as they would by the global south. Although it is a fair argument that negative impacts on the environment pose an overall collective threat to all of humanity in general, the disproportionate impacts it has had on the global south (who are typically more financially constrained and geographically disadvantaged) in comparison to the global north cannot be ignored.

Globalisation alongside all of its argued benefits has also created a hierarchy where nations in the global south are much more disadvantaged by the consequences of globalisation in comparison to nations in the global north as a result of hegemonic powers. While this article has provided 2 main examples due to their severity and recentness, there are many more. This is a phenomenon that is underrecognized which serves to further add to the injustices. 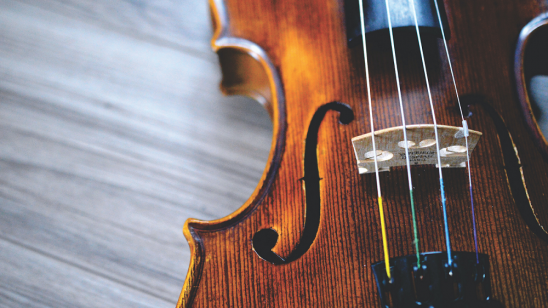 Beyond the Realms of Musical Composition: Historical Examples of Music Being Used as a Political Instrument 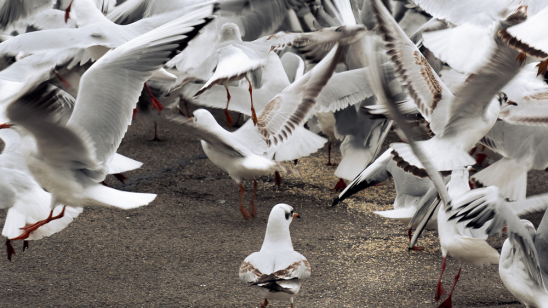 ‘From an Outsider’s Perspective’