MÁIRÍN-RUA NÍ AODHA SPEAKS TO RICHARD KING, PR OFFICER FOR THE GREYHOUND RESCUE ASSOCIATION OF IRELAND (GRAI) ON THE STATE OF THE GREYHOUND INDUSTRY.

“Despite the oversupply the government continues to invest in breeding, this year they’re investing €700,000.”

“All dogs sent to the track are euthanized within 3 years of arrival. The track has admitted to this.”

Ireland as a nation has long been famed for our racing animals. We breed champions at a rate unheard of in other countries and there is undeniable prestige attached to owning an Irish greyhound or racehorse. Sadly, while these animals are seen as princely, they are often not treated like royalty and horror stories of cruelty and neglect are on the rise.

In the wake of a recent media scandal over the export of Irish dogs to Macau, public interest in the fate of our animals is increasing. Motley spoke to Richard King, PR officer for the greyhound rescue association of Ireland to get a better insight into the state of this industry.

The scale of this industry is vast, according to Mr King: “Breeding numbers for the last year are approximately 16,254 – that’s 16,254 puppies within 12 months.”

The regulations attempting to control this over-breeding are sparse, as Mr King explains: “Greyhound breeders only need to register themselves and their business if they have more than 6 breeding bitches. This means that small scale breeders can pass completely under the radar until their dog’s reach racing age. There are regulations on how many litters a bitch can have and the general rule is a maximum of 6 litters, but bitches may have up to 8 litters if the last 2 are signed off by a vet.  However, these regulations are often broken, with little or no repercussions for breeders.”

Furthermore, despite the oversupply the government continues to invest in breeding, this year they’re investing €700,000. According to Richard King, this over-breeding gives rise to a major issue for the welfare of these dogs as because “the high numbers of dogs being bred means the Irish and UK industry is over-saturated with dogs. Breeders then begin looking for markets further afield and begin exporting dogs not only to Macau but also to Spain and Argentina.”

This exporting of greyhounds can be seen because “[t]he IGB has sanctioned that dogs that are no longer fit for racing can be destroyed, yet when we look at the Dog Control figures every year only a few hundred dogs have been destroyed by local authorities. The number of dogs being euthanized in pounds is decreasing but the breeding numbers are not. This begs the question, have they been abandoned, shot or exported?”

And thus began the Irish connection with Macau Racetrack, a relationship Mr King believes started two years ago. “The connection was first established following the Australian airline refusal to carry Australian greyhounds to Macau. Macau is a peninsula of China and is self-governing, therefore gambling has been legalised and the Canidrome was built. Some scrupulous agents stepped in and decided to fill the demand in Macau with Irish dogs, which are seen as prestigious and have an excellent international reputation.” 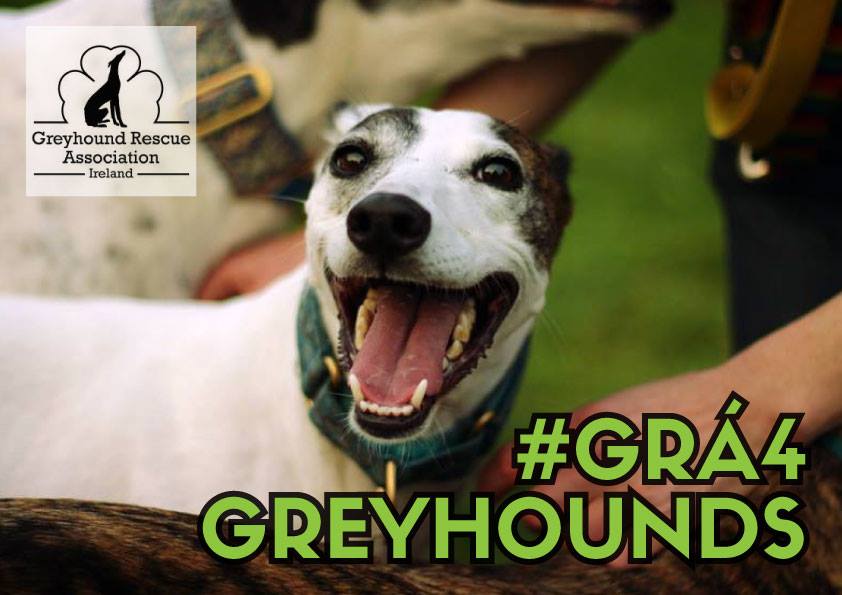 The racetrack has been targeted by animal rights groups who accuse its owners of brutality and of killing dogs after their racing days end. According to King, there is evidence to suggest this because: “All dogs sent to the track are euthanized within 3 years of arrival. The track has admitted to this, claiming that it is out of their control due to rabies regulations. The dogs cannot be exported back to Hong Kong or Europe as they are considered high risk for rabies infection.” With regards to the Irish government, they are currently doing very little. There has been no outright ban on greyhound exports to countries with poor welfare standards.

The Work of GRAI

GRAI (Greyhound Rescue Association of Ireland) promotes greyhounds as pets and advocates for better welfare conditions for dogs within the industry. They organise events to teach the Irish public what beautifully gentle dogs greyhounds are and assist animal shelters in rehoming them. They push for greater transparency and accountability from the industry and the government and highlight major welfare concerns to the media and general public.