Are you sitting comfortably? Good – now let me lead you through the dark and dreary world of a deprived child, having grown up in the world missing a pivotal experience, only to be released into society with the monochrome outlook of someone who had no experience of the wonders of Walt Disney’s wondrous legacy.

I didn’t watch Disney films as a child. I didn’t see The Lion King until I was 19, and then it was at the ‘insistence’ of a friend. To some this may seem strange – I have heard many people saying how their first memories are of them going to the cinema to see Simba being raised proudly to all. Yet it is extraordinary to me that so many people could have such strong emotional ties to cartoons, and this piqued my curiosity. What would the movies look like to an adult, with no experience of the Disney phenomenon? Would they seem as endearing and inspire such fierce loyalty as those who declared themselves ‘raised’ on it? Or would they seem a let-down? With a crash course on Disney, I decided to find out.

First on the list is The Little Mermaid: the tale of Ariel’s adventures both above and below the surf, and her unerring quest to be human. It was a turning point for Disney, being the start of the Disney Renaissance. I must confess that I wasn’t disappointed. It was heart-warming, the outcome was as predictable as rain in Ireland but the story was well told. But I do have a few bones to pick with it: when I was sixteen I was hardly left on my own, let alone allowed off to marry a prince of a different species. Yes, I know true love conquers all and it’s based on an old story, but couldn’t love have waited until she was an adult? She could hardly be expected to have the physical and emotional maturity to handle it. Speaking of physical maturity, she had quite the transformation! When Ariel was on shore with her new legs trying to walk, it was entertaining but they seem to have left out a pivotal moment. As shocking as it was to suddenly have legs, surely the fact she now had a vagina came as a surprise? For someone who thought that a fork was an implement used to brush hair, she seemed completely unphased by that new addition!

One doesn’t have to know Disney to know the story of Sleeping Beauty, the young woman cursed to a terrible fate and saved by Prince Charming. Of course, in the real story Prince Charming is not so lovely – upon finding the princess, he rapes her and rides off into the distance, while she gives birth to twins. She wakes when one of the babies sucks her finger, drawing out the flax from the cursed spinning wheel. But Disney’s story is a beautiful rendition, based on a less graphic and more hopeful version. The way it’s drawn is quite beautiful, and Mary Costa (Aurora) is mind-blowingly good. Again, however, I have a few concerns. I love the way adult relationships are so easy in Disney. Aurora knew Philip for 10 minutes and she was in love. Either Disney is setting impossibly high standards, or I need to meet new men. This movie comes from an earlier Disney era, a time when women were basically seen and not heard – and it is obvious. Aurora, despite being the focus of the whole story, has practically no lines. Surely, we should have heard more from the woman carrying the show?

Last for my rant is my favourite, Mulan. One of the later releases, this is less patronising than its predecessors. It tells the courageous story of Mulan, who takes her father’s place in the war and wins the hearts of the Chinese people after saving their Emperor. This comes from the latest batch of Disney movies and was the last Disney Princess feature for over a decade. It shows how far Disney has come: from Aurora who spent most of her time oscillating that fabulous voice to Mulan, who fought for what she believed in, defying her family and culture. Being similarly obstinate and proud, I felt that Mulan was the easiest to relate to. The animation was stunning (at this point I was expecting no less) and the story was entertaining. You could get annoyed that in one of the few Disney movies to make women out as strong willed and powerful, she had to act as a man to be so, but I think that’s more Disney’s penchant for stereotypes and a comment on the time the movie was set.

So did I become a die-hard Disney fan like the majority of my peers? No, but I can see where they’re coming from. As a child, the stories are entertaining, the cinematography aesthetically appealing and the fantasy of being in such a story intoxicating. As an adult, it’s a slightly different. Every Disney princess is 16 years old, they all have to be saved and none of them are happy without a Prince. Yes, they’re just stories, meant for entertainment but for the young sensitive souls watching I wonder if they feel pressure to find a Prince Charming? Or is it a heart-warming ideal, to believe that true love and contentment is out there? That all we have to do is find our fairy tale ending?

Darren Shan: Interview with the Vampire 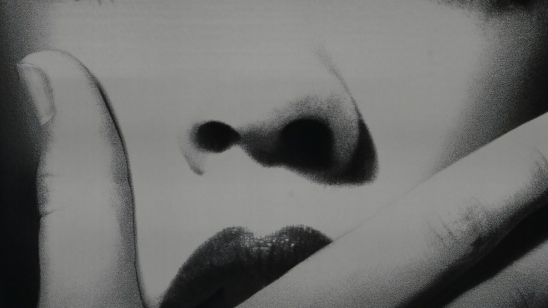 It’s the Most Horrific Time of Year…