Fever Dreaming’s been one of my favourite records of 2020, and Ghostking Is Dead follows it up with Established Form. The newest edition of his birthday releases and a “burgling of the banks of my youth,” it bounces between noodling with the Fever Dreaming dark synth sound and fun theatrical lyrics. Album closer It’s Gone drops the sense of play to deliver a dread-filled electric guitar folk track: “Sit with me and tell me how you thought you’d felt bad/Before you came to understand/That it’s pointless to have plans/That stretch beyond tomorrow and the palm of your hand.”

The label’s also offering up a look behind the curtain with nausea500 and Junk. nausea’s a set of brutally hard electronic outtakes and demos from actualacid’s first EP Boredoms 500, swinging from funky beats to techno and Aphex-Twin-computer-screams, teasing some crazy stuff to come.

Junk, meanwhile, is a self-described ‘lost album’, collecting previously-released Automatic Blue singles such as Antoinette and Boy Toy with an EP’s worth of new material. Leaning further into danceable grooves and Big Pop while keeping some of the dark edge of his debut, it’s a road-not-taken as the artist moves into darker territory in the future. It also features a reunion with former bandmates in the long-dead electropunk act Repeater, fulfilling this writer’s one and only remaining dream.

Check them all out on hausurecords.bandcamp.com. 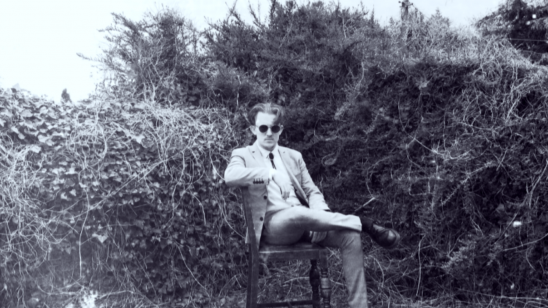 Producer J.J. Lee is in lockdown with ‘All My Friends’ in new single