It’s late October. Night draws in earlier and earlier each evening. Trees blaze orange, yellow
and red. Roadsides and ditches accumulate piles of fallen leaves. There’s an icy chill in the
air, and Halloween is just around the corner. It’s the perfect time for a ghost story:
Imagine a young family – a husband, a wife, at least two children – pulling up to their new
home in a clunky, family car, perhaps a wood-panelled station wagon. Their house is perfect:
white timber, gleaming windows, a porch. Slowly, though, over time, the house reveals itself
to be something more. There are noises in the night, personal items disappear and reappear
later in bizarre locations, furniture levitates, the children exhibit strange behaviour and speak
in unknown voices. Of course, you know this story. It’s the plot of innumerable films and
novels: The Amityville Horror (1979), Poltergeist (1982), The Conjuring (2013). As a child,
and even as an adolescent, I would watch films like these and wonder why the families in
question didn’t just leave. Why didn’t they pack up their belongings, bundle their children
into the car, and find a new home? Naturally, as a child, I was unaware of the complex legal
and contractual labyrinth in which one becomes ensnared when buying a house. It’s
intriguing, though, that so much of our horror fiction is centred on the home, on the anxiety
inherent in purchasing a new house and the fear that a longed-for dream home might sit atop
some unfathomable well of darkness.

Decades later, renting my first apartment, I know that there is nothing, natural or
preternatural, that could cause me to leave. If I discovered a malevolent spirit inhabiting my
reasonably-priced, one-bedroom flat, I would probably contact the Residential Tenancies
Board to find out if I could force it to pay rent or at least contribute to the electricity bill. I’m
stubbornly entrenched here, and no amount of spectral activity, ectoplasmic manifestations or
nocturnal groans could drive me away. Like many Irish people, I struggled to find a place to
live. During my undergraduate and postgraduate degrees, I lived at home and commuted
more than two hours every day to college and a part-time job based on campus. When I began
lecturing, I also commuted daily because I simply could not afford to rent in the city on what
was then a part-time salary. I finally moved out of home, at the late age of 31, when I secured
my first full-time contract. However, I was only able to live in the city because by that point,
I was in a long-term relationship with someone willing to split the rent with me. Even on a
decent professional salary, renting an apartment is difficult. Most people I know either live
with a partner or share with flatmates. Searching for a place to live was an exhausting and
demoralising ordeal. My partner and I would scour listings on daft.ie, but properties were
swiftly snapped up, usually within a few hours of having been posted. Some buildings
required prospective renters to fill out detailed application forms and were quick to dismiss
tenants they considered less than ideal. Despite the average rent in Ireland hovering around
€1,200 at the time, most city-centre rentals in Cork were considerably higher.
I am acutely aware that as a potential renter, I occupy a relatively privileged position. I have
what most landlords would view as a “respectable” job; I am white, able-bodied and
cisgender. I don’t have children or pets to consider. Friends of mine struggled to find a rental
property that would allow them to keep their tiny cat. I know a woman of colour who had
inordinate difficulty trying to secure a temporary rental in Cork city. According to a recent
article in the Irish Times, the average asking price for a house in Ireland is €282,000, though
if you want or need to live in an urban area, that will be considerably more. I don’t hold out
much hope of ever being able to afford my own home in this country. Yet, I am lucky. I have
a roof over my head. I have somewhere warm and safe to retreat at the end of the day. When
it rains, as it so often does here, I have shelter. In Dublin alone, around 1,200 families were
counted as homeless this year. In 2014, that number was only 331. The charity Focus Ireland reports that during the week of 24th – 30th of August 2020, 8,702 people were homeless in Ireland.

There is so much that could be done to alleviate the current housing crisis, yet it is a problem
that remains largely unaddressed. Ireland lacks affordable public housing, and this is a
problem that seems to be getting worse. In the late 1990s, my mother was able to finally
purchase her council house with the help of a rent-to-buy scheme she had opted into during
the eighties. Today, these kinds of supports are disappearing. While the last few years have
seen an increase in private house construction, insufficient levels of affordable and social
housing mean that those most in need will continue to struggle to find a home. Similarly, the
rental market is still largely unregulated, with rents remaining absurdly high and landlords
free to make often unreasonable requests of prospective tenants. Horror often finds its way
into our homes because that is where we are most vulnerable. Home is the place we cling to
most tightly; it is our shelter in a chaotic, unreliable world. As a child, I failed to understand
the desperation with which the inhabitants of haunted homes clung to the properties, even at
the risk of physical violence or death. Today, in the midst of a housing crisis, as rents
continue to climb and more people than ever find themselves on the street, I finally
understand that desperation. I, too, would brave monsters and restive spectres for the warmth
and comfort of home. 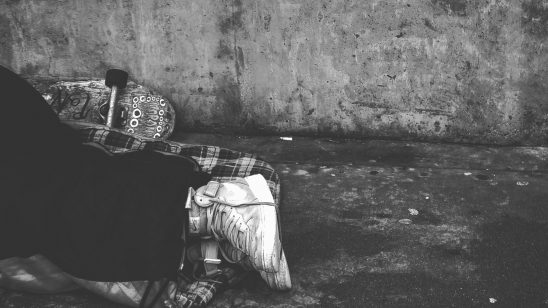 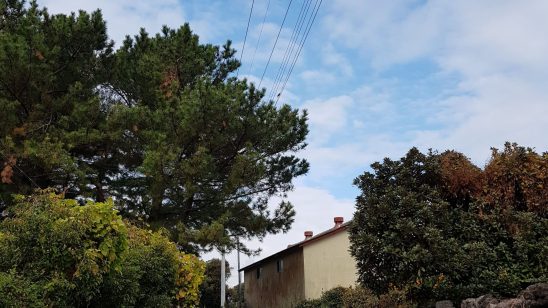 Living with It: Students, Accommodation and COVID-19 in UCC