A statistical analysis of terrorism in 2016 by Current Affairs Editor Hassan Baker.

The news is a constant bombardment of death counts, mostly credited to terrorism. The question that’s rarely asked is; what is terrorism? The United States Department of Defense defines terrorism as “the calculated use of unlawful violence or threat of unlawful violence to inculcate fear; intended to coerce or to intimidate governments or societies in the pursuit of goals that are generally political, religious, or ideological.” Taking this definition, it is easy to freely label acts of terrorism.

Data taken from January to October of 2016. 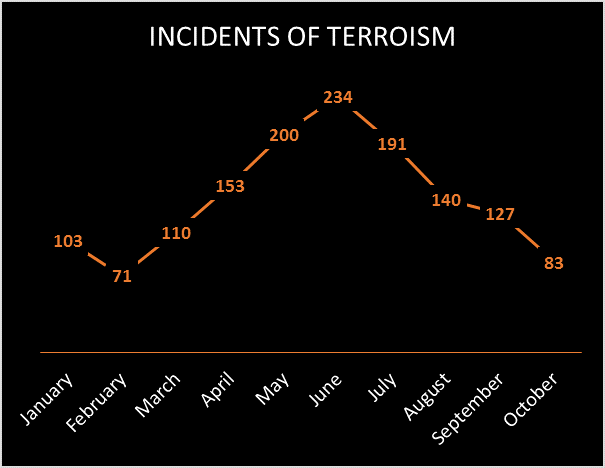 In 2016, there has been a total of 1,412 recorded incidents that are universally agreed on to be terrorist attacks; the attacks that are coordinated by groups such as ISIS and Boko Haram. That rounds down to approximately 141 incidents per month. Taking the
minimum amount of reported deaths by terrorist attacks if this nature, there have been a total of 11,817 deaths resulting from these incidents, which is approximately 1,182 per month. This results in an average of 8.37 deaths per incident. 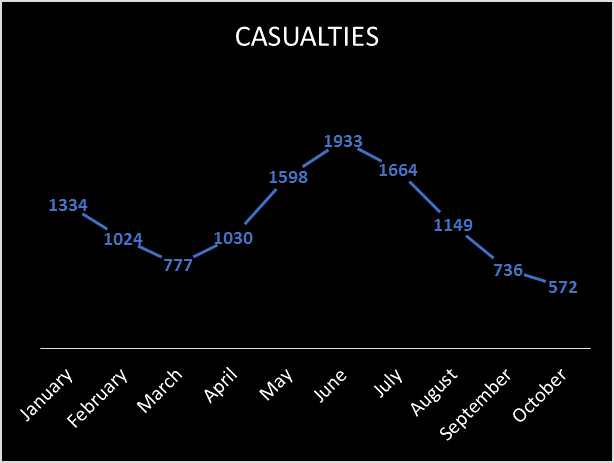 A more interesting perspective is to look at the rates of incidents and the rates of death. The average rate of incidents per month in 2016 is 2.375 incidents. This means that although the graph is trending downwards, there is an average net increase of 2.375 incidents per month. Comparing this with the average rate of deaths per month in 2016, a rather interesting result is found. There is a decline of 74.75 deaths. Meaning that on average, although incidents are increasing throughout the year, the death toll is going down. To backup and confirm this figure, the average rate of deaths per incident was taken, which resulted in -7.155, implying that in 2016, we are getting an average 7.155 less deaths on every incident of terrorism every month.

The data acquired for these statistics was acquired from the monthly index of terrorist attacks listed on Wikipedia. 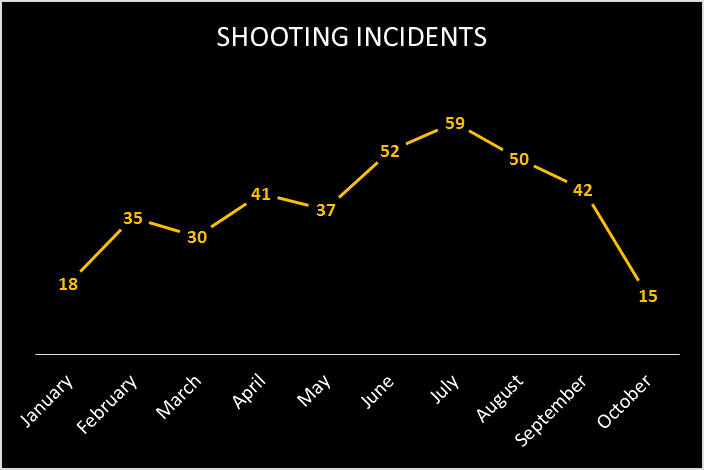 Although mass shootings in the United States are rarely classified as acts of terrorism (unless there is a direct relation to Islamic beliefs), these shootings very much fit the definition. There has been a total of 379 incidents of mass shootings in the United States in 2016 alone, that’s a mean of 37.9 incidents per month, which is more than one a day. There is a total of 490 deaths in 2016, which averages out at about 49 deaths per month. This all results at 1.29 deaths per incident. 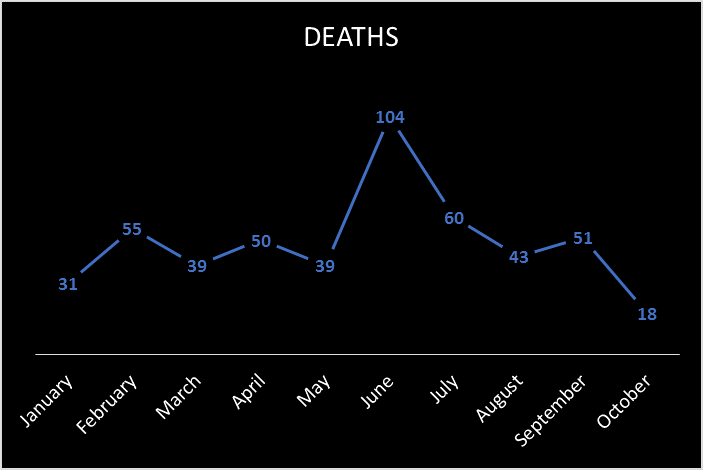 The average rate of incidents per month is 3, meaning on average, there is an increase of 3 incidents per month, while the rate of deaths per month is 2.5. The data accounted for in this analysis actually has an outlier, the shooting of the gay nightclub on the 12 of June, which resulted in the death of 50 civilians, bringing the total of deaths in June to 104. Adjusting for the outlier, the average rate of deaths per incident in 2016 is -0.51, which means deaths per incident is decreasing every month.

The data acquired for these statistics was acquired from the monthly index of terrorist attacks listed on www.massshootingtracker.org.

In regards to the definition of terrorism, drone strikes also seem to fit the bill. An argument may be made that they are “authorized”, but the fact of the matter is, anyone killed in a drone strike is not put through any legal process where they have a right to defend themselves in a court of law, hence, they are unlawful and unauthorized.

Drone strike data is a lot harder to acquire, so the data used here is in regards to drone strikes between 2009 up until 2016, only in Pakistan, Yemen, Somalia, and Libya. There are two different data sources for this set, the US government’s and The Bureau of Investigative Journalism’s data. Both give minimum and maximum counts, but for accuracy only minimums were taken in these calculations. The total amount of strikes in those 6 years is reported to be 473. Which works out at about 6.57 strikes per month.

Terrorism is a real threat, but by definition, any fatal threat can be labelled as terrorism. Matching these incidents to map coordinates, we would see that the threat is pretty much minimal in Europe compared to the threat in the Middle East, Africa, and even the States. 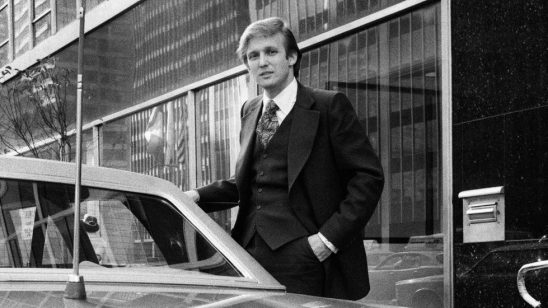 Trump: A Biography Built With Brick and Mortar 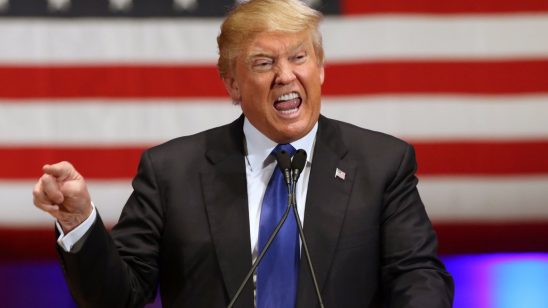 Portrait of a New America