In previous articles for Motley Magazine, I’ve spoken about a lack of resources available to students for access to creative spaces and in access to IT services. With the construction of the new Student Hub, UCC hopes to be able to resolve a few of these problems, and it seems rather promising.

The Student Hub is a new project that seeks to build onto the Windle Building to create an open space for student activities and services; a project that has been in planning stages since before the publication of UCC’s Sustaining Excellence strategic plan in 2013. The headline “Student Hub in financing stage” was seen in the UCC Express in 2010, and a presentation on the Hub was made to class council in 2012, initially intended to be completed for 2014.

This time, however, we have concrete progress to indicate that the plans are being made reality; planning permission has been submitted for the new building, with enabling works to hopefully commence during the upcoming year, on-site work commencing during the summer, with hopes to the building opening during the 2017/18 academic year.

At a presentation to staff and students on December 15th, the design team explained many of the challenges that led to these delays; the Windle Building is a protected historical building, so there are issues with obtaining planning permission and developing a design that focuses on conservative refurbishment. There are specific construction requirements that are involved with building on a live campus, and the design team is trying to aim towards a “zero-energy” building. The Windle Building has had a number of extensions built on to it over time, so creating an effective design was difficult; architectural drawings going back as far as the original version of the building had to be obtained and carefully examined.

The new design is rather striking; a space is to be carved through the existing Windle, providing a new path to the Kane Building, while the new student hub is to extend seamlessly onto and above the existing Windle. The entrance to the new building is to be bordered by the new UCC 98.3FM studio, with an open window onto the entrance; bringing the radio station right into the centre of student life. 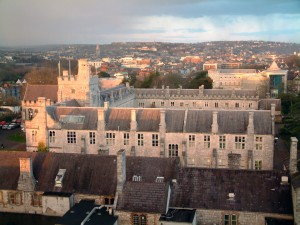 There’s also plans to create a covered canopy space outside, and a new grove of trees, to make the area around the hub more accessible and friendly to students, with plans for lighting to make it an attractive space at night. The existing Windle Building lecture theatre is to be designated as an events space, with an interesting design replacing the rows of seating with steps, and the plan is for this area to be made available to students for events.

Another interesting aspect of the building is to create an open “market hall” to serve as a centre-point for the building, which can be used to set up stalls and stands for events like careers fairs, and is promised as another way the building can adapt to different types of events.

Original plans for The Hub held the concept of five “zones”, however in recent drawings these five concepts share space throughout the building as a whole: 1. Welcome Zone 2. Success Zone 3. Teaching/Learning Spaces 4. Employability Zone 5. Student Services

The Welcome Zone and Success Zone are described as a “one-stop shop” for student help and information, containing elements of student services such as the exams office, the records & examinations office, and the international students office. Creating a united, accessible space for these services are most welcome. Notably, while introducing the concept of these zones, Head of Student Experience Dr. Ian Pickup indicated that the student hub development would be met with an improvement in student IT services, with the point of view of creating a similar “one-stop shop” for online student services. Also to be included in this are promising ideas of an open kitchen for students, with access to free tea and coffee, microwaves etc. in a new common space. This is something that offers immense benefit to students, and one that indicates a bright future for The Hub.
Teaching/Learning Spaces are to be opened throughout the building similar to the Library’s meeting rooms, to be available to students throughout the day.

Finally, spaces are to be opened throughout The Hub for campus media, the Students’ Union, Clubs and Societies similar to the existing Societies Hub, consisting of some closed office spaces (for administration) and open-plan desk spaces for student use.

There’s clearly been a lot of thought gone into the development of the building from the point of view of design and functionality but there’s still a sense of something missing. While there are a lot of spaces available to help societies, clubs etc, it’s looking like there may not be many spaces opened up for actually holding student events. The new events space in the former lecture theatre seems like a welcome addition, but there’s still a fear that it won’t play out exactly as planned in practice.

Áras Na Mac Léinn was initially proposed as an open building for students, but in order to be properly funded and operated has acted as a private business (SFS Ltd.), with spaces like Devere Hall being too expensive for students to use for events. There’s an immediate fear that the University seeking external funding for the Student Hub could have similar impact. In 2014, the then-President of the Societies Guild Padraig Rice outlined “I don’t know if we can support [the student hub] given what happened with the Student Centre”.
However, if the University engages with students to identify use cases and guarantee students access to the full potential of the new Hub, it could have fantastic outcomes for students and lead the way for student-organised activities on campus. Currently, the SU President sits on the Hub Steering Committee and together with the SU Comms Officer represents students interests with the Hub, however, holding further open forums and presentations to students as the Hub develops would be a welcome step to opening the process to the student body as a whole. 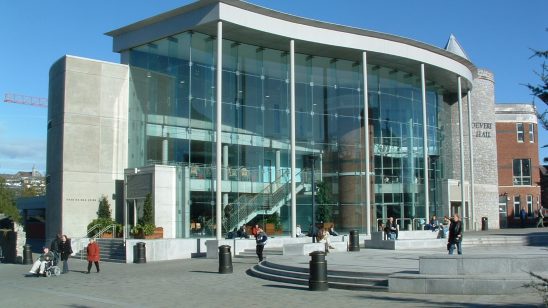 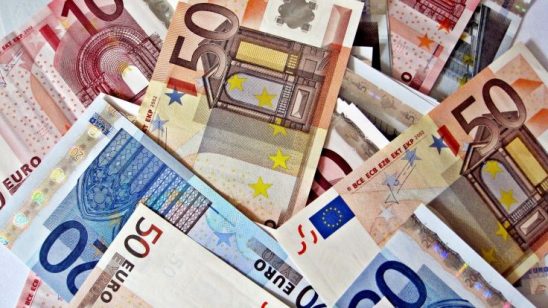