Norwegian singer Aurora talks to Laurie Shelly about writing songs to save the planet, finding power in being gentle, and lending her voice to Disney’s Frozen 2.

Aurora Aksnes grew up in a forest, because of course she did. Her family lived near Lysefjord, which translates as ‘fjord of light.’ “I miss Norway a lot,” she tells me when I talk to her in the hours before her show at Dublin’s Olympia Theatre in early November. “But I try to open my eyes instead and look out towards whatever city I’m in and focus on all the small little things that travelling can bring. But yes, I miss the silence and the trees.”

Her debut album, All My Demons Greeting Me As A Friend, was released in 2016 when she was 19, and is full of surreal images; she sees faces made of sand and thousands of black water lilies in a magical river. Some of her verses are written in a made-up language of her own. Many of her songs have an otherworldly, slightly odd quality, as if they are not the handiwork of a human but instead were found at the bottom of the sea or heard in a strange dream. The 23-year-old is widely known for her cover of Oasis’s “Half the World Away,” which featured in the 2015 John Lewis Christmas ad (that one with the man on the moon), and Billie Eilish cites her enchanting song “Runaway” as the reason she decided to pursue music. She says her current tour feels special. “When I first started playing shows six years ago, I hated it. I thought it was really scary and pointless and stressful and unnatural for me to be on stage. But after I while, I learned why playing live is so important,” she says. “I feel like my biggest mission with doing a show is to make sure people get time off to cry a bit and close their eyes and let go and dance and know that now, for one and a half hours, we’re a part of something beautiful and good.”

Aurora’s 2018 EP, Infections of A Different Kind (Step 1), has that same objective at its heart. It tells of a utopian kingdom, or “Queendom,” as she puts it, where everyone “can feel like they belong somewhere.” This past June, she released A Different Kind of Human (Step 2). The two-part “step” situation was her way of representing how one must look inward (Step 1) before they can effectively tackle the issues she explores in Step 2, namely the climate crisis.

A Different Kind of Human balances angry, aggressive tracks with quieter, sweeter moments. In “The Seed,” she chants the Native American proverb “when the last tree has fallen and the rivers are poisoned, you cannot eat money,” while the title track, over warm, soft synths, reassures its listener that they need not feel isolated. She thinks anger and gentleness are completely linked. “Why do we have to be angry and strong, why do we have to fight? It’s because we fight for something we care about, because we’re trying to protect something, like a parent to a child, or a wolf mother to a cub. It’s about the soft core of things that we are trying to preserve.”

The music video for the album’s latest single, “Apple Tree,” is striking— Aurora cuts a Princess Mononoke-like figure against a barren landscape, covered in blood, warpaint around her eyes. She says she “always kind of co-directs” her videos because she has very particular visions about how they should be; she wanted this one to be “quite extreme.” “We are Mother Earth and we are bleeding on behalf of the world and everything in it,” she says of herself and the dancers in the video. “We’re in pain and our muscles are aching, but we have to keep on dancing for Mother Earth.” She puts a lot of thought into her music’s paratext. “I even know what colours I want to have on the live show, I think about all of it, it’s all connected.” Aurora comes across as exceptionally optimistic. During our conversation, she talks about how humans have “failed each other,” but she always follows that up with very hopeful affirmations about things will hopefully be better “one day.”  “To even have the courage to try to win the battle against global warming you have to have so much hope,” she says. Does it ever feel overwhelming, putting so much energy into making art about a potential ecocatastrophe? “It does, but in a good way,” she says. “For me, it’s just really helpful, and, of course, intense, but in a helpful way. When I’ve made a song, I feel like I’ve crafted an impossible subject into something solid that I can sing again and again and share.”

The natural and the electronic play off each other very interestingly in her music, which hybridises imagery of rivers, animals and apple trees with the clean, sharp sounds of Scandi-pop. “For me, it’s an example of how electronic and organic things can coexist and turn into something really beautiful,” she says when I ask her about this folktronica-ish fusion. “It’s a way of saying that it’s fully possible to make something amazing when you have a balance between the synthetic and the organic.” She says she feels like her voice “comes from the ground.” “I can shout so loudly and sing for so long. It feels like I am the very organic part of my album, together with the titles of my songs and the themes and the whole spirit.”

Her voice recently caught the attention of no less an establishment than Walt Disney Studios, and she has found herself featuring in Frozen 2, the sequel to the global phenomenon that was Frozen. “Frozen is close to my heart because it’s [set in] Norway,” she says. She appears on the soundtrack’s crown jewel, “Into the Unknown” (the sequel’s counterpart to “Let It Go)” which is performed by Idina Menzel, with Aurora providing spectral backing vocals (as well as what Disney probably identified as a rootsy, authentic Nordic feel). We talk prior to the soundtrack’s release, and I am sure she has been warned by Disney bigwigs to keep tight-lipped about the song lest she let a spoiler slip. “I don’t know how much I can say,” she says. What she knows she can say is that it is “very exciting,” that “the role that voice and music have in this film is very pure and very, very inspiring,” and that “it has been a true honour to be a part of it.” Turns out Aurora’s vocals are not merely used in Frozen 2 as harmonic ornamentation; its plot completely revolves around them. The film’s premise is that Elsa, the snow queen, starts hearing a haunting voice beckoning her northwards (it’s Aurora’s voice), and, in spite of her fear, decides to follow it. Aurora says she likes the idea of being able to reach a young audience with the song, “to be a part of young children’s lives, the warriors of the future.” Like “Let It Go,” “Into the Unknown” is a huge power ballad about embarking on a character-testing quest with a massive, stirring chorus and broadly relatable themes of release and self-empowerment. It is set to be inescapable, so you’ll be hearing Aurora around.

She says her next album will be dressed in an “armour of hardness.” “But I’m also really exploring the soft, delicate part of me, which I want to open up even more on my next album. And I’m discovering more and more things I want to be more involved in, because I’ve discovered fans all over the world who live in cultures that are unfair towards the people… I want to use my voice for something good, even though it might not matter, but at least I am there to show support.”

I am surprised she thinks her music might not matter; she has legions of fans attesting to the contrary. “I just want to release the most beautiful music I can,” she says. “I want to do a lot of things. I have three albums in mind so I’m trying to figure out which to do first.” A Different Kind of Human’s thesis could be summed up in one of its lyrics: “I know I’m just a girl, but can I change lives?” The answer is yes, and that she will keep writing songs that do just that.

“Into the Unknown” (Idina Menzel feat. AURORA) from Frozen 2 is out now. 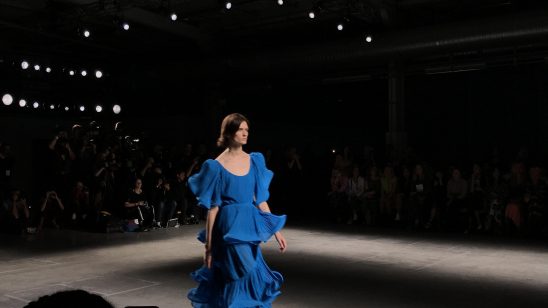 A Week in My Wardrobe: London Fashion Week 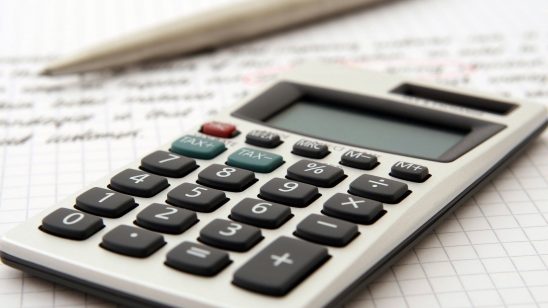