Motley’s Entertainment Editor, Gemma Kent, chats with Brooders’ vocalist, Adam Bairstow, ahead of the release of their mini-LP on February 11th.

Not only is it the choice activity of anyone who’s locking themselves away from the world because “2016 tho”, ‘brooding’ also happened to be the first action on Adam Bairstow’s list when he and his mates Liam Naylor and Adam Speare were coming up with band names. “[We] thought so much on the name that we just decided to list the actions we’d been doing to feel creative with this choice. Top of that list was ‘Brooding’. Fate almost?” To anyone familiar with the three-piece psycho-grunge bandfrom Nottingham, it won’t come as a shock to know that the idea stuck, the band adopting the name Brooders (that’s also a pun on Brüders if you’re feeling a little German) soon after.

Before there were name games, however, there was the formation. Adam pins his college days with brother-in-arms, Liam, as those that got the Brooders initiative rolling. “Our tastes just clicked,” he says, reminiscing on nights spent journeying to college, alternating car DJ-ing. “One night we decided to go for a jam: I’d been messing with new pedals, turnings and all sorts of odd stuff and Liam just seemed up for what I was churning out. We just really enjoyed playing.” Add in housemate Speare a short while on, and suddenly the band had found its feet. “Everything has been so much better since,” Adam says.

“He was so keen immediately that we nailed the full set with a bunch of new songs in about three weeks.”

Since then, it’s been a rollercoaster of gigs and touring. Where many of us were caught up in the grim affair of 2016 (have I mentioned it was a terrible year?) Brooders were making the best of the lot, Adam describing the year as simply “mad for shows” with “stages ripped apart, basses shattered, amps set on fire… and a lot of good stories to tell.” The boys played their first festival at Sound City Liverpool and met their first full UK tour with buddies Kit Trigg and Goldsands. And if that wasn’t enough, there were two sold out shows, one in hometown Nottingham and a second in Leeds. When I ask if there are many plans laid down for 2017, I’m assured of “lots more writing, lots more recording” and a bunch of other things the boys insist they’ll “keep behind the scenes” (to build suspense, I am told). 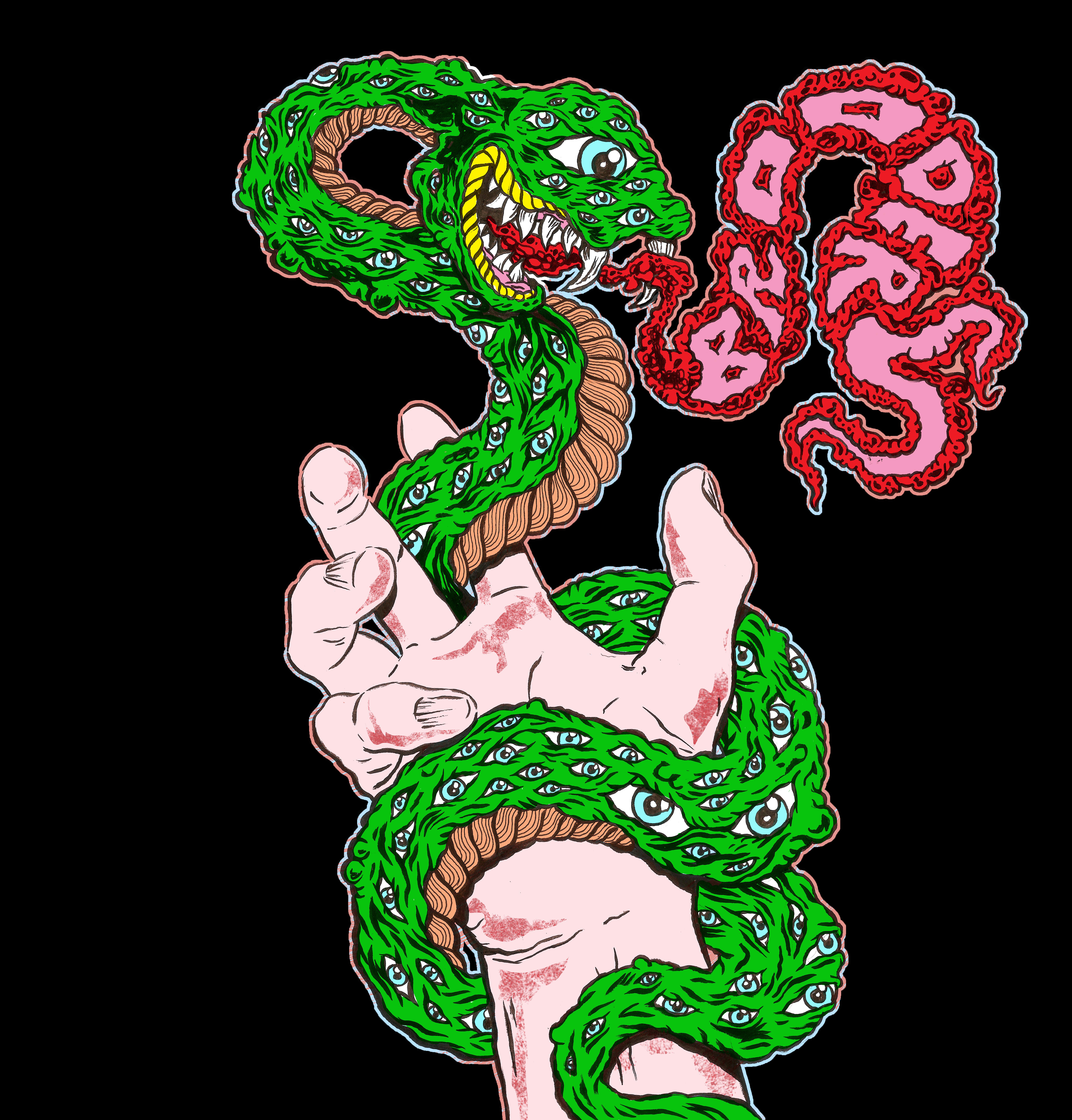 One guarantee I can make for the boys in 2017 is the arrival of their mini-LP (also called Brooders) on the 11th of Feb. Tapping play on my preview of the songs, it’s tracks like Haze (see link below) and Blue-Eyed Prince that have you brooding over the shortest possible time it could take before these boys match the skill of “obvious candidates for inspiration” Rage Against The Machine and Nirvana. When I push for a favourite track, Adam settles on Melancholy, saying the band has been “waiting a long time to get that [song] out”. “It was just a magic moment to record,” he adds as an afterthought, referring to the straight-to-tape recording of that particular track. “I’m absolutely buzzing for people to get that in their noggins.” And rightly so: Brooders is a mini-LP oozing venomous potential, sure to fulfil its role as a “gritty narration of a year finally rounded off”, as Adam so perfectly puts it.

Speaking of rounding things off, I wrap up this interview with Brooders by returning to the matter of brooding, one I seem incapable of shaking off.  I ask if the boys consider themselves regular brooders, or if the German side of the word is its main attraction. “I wouldn’t read too hard into the German origin side of things really,” Adam tells me, “But I do think we’d all consider ourselves as brooders in more than one sense of the word. I have a tendency not to let my brain stop whirring away anyway!”

Ear to their new LP, it’s easy to see why.

You can watch the music video for Haze here.