Gemma Kent talks with Eoin Whitfield of Enemies about the highs and lows of a life in music and the process that led the band to call it a day.

“As we got together and wrote our first song we knew we were onto something special.”

Jump back ten years ago to the village of Kilcoole in Co. Wicklow, and you’ll find the start of an incredible journey for Lewis Jackson, Mark O’Brien, Eoin Whitfield and Micheál Quinn. The next near-decade would be a whirlwind of three albums, an EP and gigs in London, the States and here at home. But as fans now know, despite great success in the industry and the accumulation of thousands of listeners, the guys have decided to call it a day, with the band coming to a close this December after a final gig in Vicar Street on the 18th.

News came for fans through Facebook on the 28th of September this year. Linked to in the post was a letter penned initially by drummer Micheál then built upon by the others before being released to the public. Band member Eoin tells me the reception to the letter has been hugely positive. “Seeing all the things people have written and expressed to us since has been overwhelming. It’s further assured us that this is the best ending for us as a band.”

The band’s letter is worth a read: it’s a heartfelt, open account of creative struggle and the wrenching highs and lows that weighted so much pressure on the four. Elaborating on his own experience of the band’s ending, Eoin tells me: “Being in Enemies often took a lot of my energy; sometimes it felt worthwhile and fulfilling, sometimes it felt pointless and excruciating… It all happened in a grand cycle of deterioration: not eating right, not sleeping right, not spending time doing things that nourished my being… All of these things and more would result in my falling apart.”

A clash of external commitments was not the only contributing factor. Eoin also talks of the impact polar interests had on the kind of music the band would produce and the direction they pursued. “A lack of shared musical vision resulted in a very difficult writing process. There were times where we just couldn’t please all four members. We were constantly writing and then scrapping: 5 steps forward, 10 steps back. It was hard to keep positive when the motor just wouldn’t run.”

The band’s ultimate decision to break apart was the “easiest part of [their] deconstruction”, according to Eoin.

“After the US tour… we all arrived at the same conclusion. It was a relief to acknowledge what life had been trying to tell us, and once we did think order was fully restored amongst us.”

From there, the only decision left to make was whether or not to follow through on a final studio album. Opinions were initially mixed, but once the crew of four inched their first steps towards the finished product, there was no doubt that the right choice had been made. “The fact that we got to write the happiest ending possible to one of the most important stories of our lives is something that will never leave us.”

According to Eoin and to the letter, the liberation that came from admitting defeat fuelled the band’s final album, Valuables. As thoughts of self-actualisation and audience reception were banished from the process, so creative intuition became free to reclaim its throne. “Once future was removed from our equation, our goals, hopes, ideals and musical differences didn’t matter anymore… There was an obvious freedom all of a sudden; the weight of our own personal hopes and dreams weren’t riding on every decision.”

A tribute to their endeavours lies dormant in the album’s nine tracks: even with no explicit talk of endings, the sense of closure mingles with the overall feel of every song. Eoin tells me there was no intention to speak directly about their conclusion, but that the decision found a way of showing itself in the music. “It’s almost like the spirit of Enemies was telling us [to break up] but we couldn’t see it until the jigsaw was completed.”

Despite drawing to a close at the end of the year, Enemies aren’t planning on turning their backs on the music industry anytime soon. Drummer Micheál will continue keeping beats through his main band Meltybrains, while Mark and Lewis, though yet to finalise their next course of action, are unlikely to turn their backs on what Eoin tells me is “a very big part of their hearts.” Speaking lastly for himself, Eoin talks of his experimentation with electronic music over the last few years, and how he plans on using his newfound freedom to explore that option further. 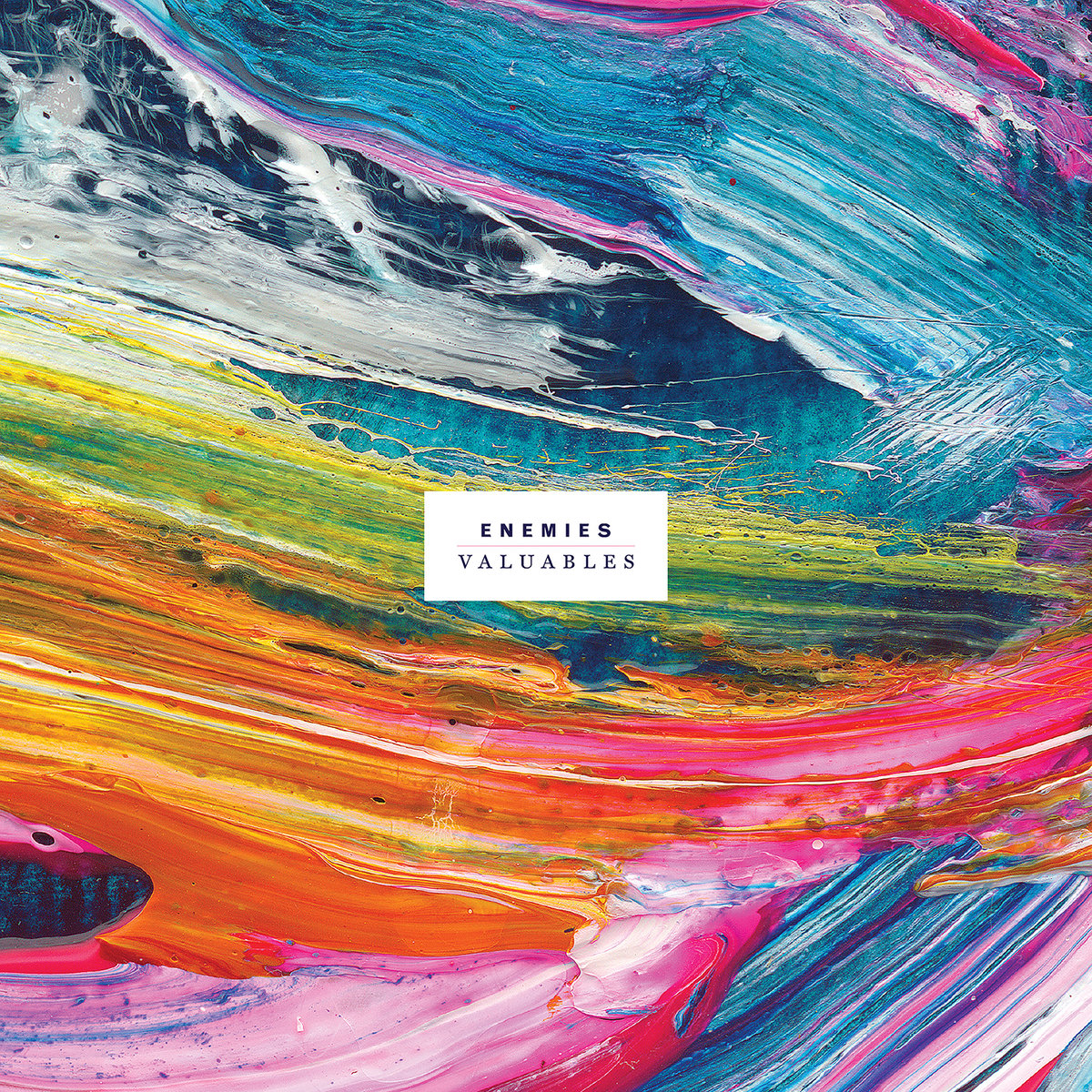 Overall, there’s a powerful sense of optimism coming from the guys as they tell me of their imminent endings and newfound beginnings. A new chapter is being written; it’s not the end of the book. “It’s like kids leaving the nest to go off into the world,” Eoin says, “There’s a lot of excitement and potential to be uncovered.”

Valuables can be purchased online at www.topshelfrecords.co.uk and in all good Irish music stores.