Ruth O’Dwyer sits down with Gypsies on the Autobahn to talk origin stories, learning the guitar and their expected return to the Rebel County.

Alternative rock band Gypsies on the Autobahn are ready to make a fresh appearance in 2017 – with the hopes of being bigger than they’ve ever been, following their three-year break. Guitarist James Smith reveals to me how this year they want to “completely and solely focus on writing and improving how we play.”

For those of you who are ill-informed on these alt-rock Dubliners, Gypsies on the Autobahn are a four-piece band from the Northside of the capital. The band comprises of Niall Mooney, Gary Quinn and brothers James and Dan Smith, all of whom grew up together and attended the same school. James informs me that the band was “first formed around 2006 through a Battle of the Bands that was held in the school, where we decided to just come together and play.” I question James on the band’s name – why Gypsies on the Autobahn? The story of the unusual name is almost as interesting as their music. It’s an origin I certainly wasn’t expecting to hear.

“It came from the fact that we needed a name for the Battle of the Bands. The competition was in two or three days, so we were all freaking out and didn’t know what to do. We asked around what people thought might suit us. One of our friends came up with about six different names, and this was probably the least offensive or least crazy one, so we decided to keep it.” 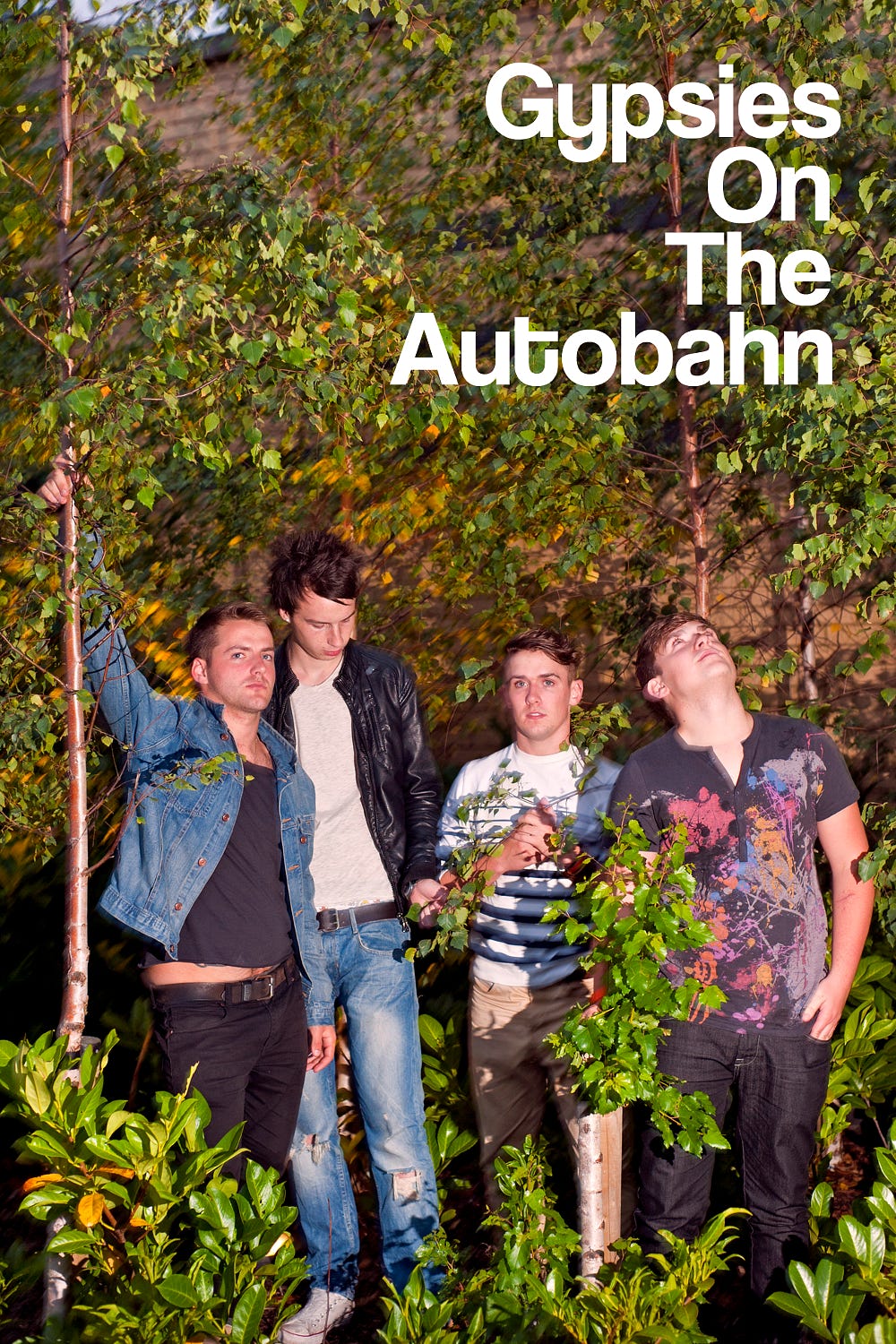 James goes on to tell me about the impressive musical ability the four members possess, with each being skilled at playing guitar.

“My brother Dan and I would have started learning the piano at five or six, and Niall started playing the guitar at ten. He was actually the one who introduced us to it. We all can play guitar, but it’s just me and Niall that play it in the band, Gary plays the bass and my brother plays the drums.”

James continues to describe the band’s style of music with admirable passion and sharpness, stating, “Our music is mainly alternative rock; it’s quite rocky, but there are some pop elements to it as well. The alternative side of our music mainly comes from Niall’s playing, and all the harmonies that we do too.”

The Dublin quartet are eager to achieve a lot this year. They are set to appear on the gig scene again, with a few performances lined up in March to showcase the music they have been working on for the last three years in anticipation of their new album Born Brief, which is scheduled to be released at the end of February or the start of March. The album will feature eleven songs, including their single ‘Hidden’, which is due to come out in January. Like all of their work, James explains to me that “The lyrics come from inspiration given to us by family and friends; especially the discussions that we have with them about love and hope, and loss as well.”

Although Gypsies on the Autobahn don’t have many gigs set in stone outside of their hometown for the upcoming year, they express their desire to perform in other parts of the country too. On this notion, being the Corkonian I am, I’m determined to question James on the possibility of playing in the Rebel County soon. Thankfully, he is flattered by the idea, and assures me that they plan to impress their fresh work upon Cork this year too.

“Oh yeah, we love Cork. We’ve had a couple of good nights out in Cork. It’s a fun place down there.”

Hopefully we can look forward to seeing Gypsies on the Autobahn appear in Cork in the near future, – no doubt I’ll be keeping my eyes and ears peeled in anticipation of that announcement! This is a group bent on success, and with quirky music and raw talent like theirs, there will be no one to stop them.