The mention of the name Overhead, The Albatross may be met with fleeting recollections from fans of the Irish music scene. Indeed, the ambient post-rock Dublin band have been around since 2009. But until last year, it was only persistent gigging and a collection of EPs that garnered them any recognition across the country. The release of debut album Learning to Growl in May 2016 has ushered the band from the fringes of the alternative music world to the heart of Irish independent music and an RTÉ Choice Music Album of the Year nomination.

For guitarist Stevie Darragh, the length of time between the band’s beginnings and the album release is testament to the size of the task at hand:

“It took us 3 years from start to finish. It was a long process. A lot of it was just us figuring out how to make an album, because we’d never as a band taken on a project as big as that before. We wanted the album to be all new material. We’d released EPs and a double-A-side single previously but we’d gotten to the point where we said “Are we going to make an album?”. 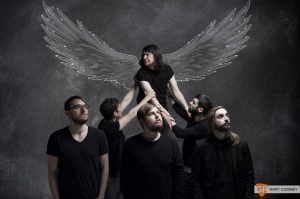 Realising the difficulties in getting all members in one place long enough to write a full-length record (“There were 6 of us in the band at that stage, and it was hard enough to get us all in one room to rehearse, let alone write an album’s worth of material!”), the band decided to pack up their studio equipment and set off to an a remote area near Pisek in the Czech Republic. It was here where, unburdened by distractions, they stayed for three months writing.

“We decided to go to the Czech Republic to write the album, out to a completely remote part of the countryside, with no internet and where you had to drive ten minutes to the nearest town. We then came back and recorded the album in different cities in Ireland, just taking parts we’d written over there, reshaping them and finding the sound we wanted.”

In addition to the solitude the countryside gave the band, the unorthodox location choice also gave them the chance to be patient and hone their sound until each member was thoroughly satisfied.

“There were points along the way when we could have said “Ok, we’ve finished writing now”, but we consciously took our time because we knew all six of us weren’t going to be happy in saying “That’s fine, let’s record”. That’s part of the reason it took us three months to write, I guess. It was an amazing experience and atmosphere to write music in, having no distractions or anything to focus on but the music itself.”

The album has been well-received among critics and fans in Ireland, earning the band a nomination for the RTÉ Choice Music Album of the Year Award, due to take place on March 9. Other big-name acts up for the prize are All Tvvins, Lisa Hannigan and James Vincent McMorrow. Darragh is diplomatic when I ask him whether such accolades mean a lot to him and the band, pleased at the recognition of a group whose music hardly lends itself easily to radio airplay, but he is keen to stress the secondary importance of winning awards in the creative process:

“It’s strange… I mean it’s obviously amazing, especially looking at the other nominees like Lisa Hannigan and All Tvvins. We write eight-minute songs with no lyrics… From that point of view, it’s nice to see that people who maybe would have only considered mainstream, more commercial music taking an interest in our band. It’s the first time we’ve been involved in an awards occasion of that calibre, but it’s obviously not our motivation! It’s going to be a great night I’m sure. We’re performing at the ceremony too so I’m really looking forward to that.”

One question Darragh struggles to answer on behalf of the whole group is listing the band’s influences:

“If you asked all five members that question you’d get five different answers! There are some basic influences we all share, like Sigur Rós or Pink Floyd for example. We all enjoy electronic music, but everyone in the band has their own individual influences.”

The constantly evolving nature of Irish music, however, is something Darragh highlights as having a big impact on the band, saying “We don’t just pick a couple of bands each day or anything… You know, there’s always new music coming out in Ireland. You hear some new act or local band and that can influence you at that moment. All through the album process we were hearing new music which influenced each track.” 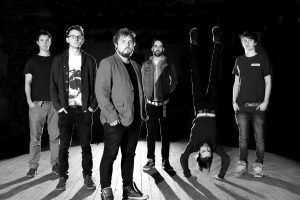 Earlier this year, the band played the First Fortnight Festival in Dublin, the country’s first festival officially dedicated to raising mental health awareness. Darragh affirms that the subject is one which is close to everyone in the band’s heart, and that events like First Fortnight are a helpful step in increasing dialogue surrounding mental health in Ireland. “It’s nice to be able to use our band in a small way to shine a light on things like mental health. I remember talking to some of the organisers of the First Fortnight gig, and it really is amazing the effort being put into raising awareness for a subject we don’t yet have the infrastructure to tackle in this country.”

Mental health has become a central point of discussion in Ireland in recent years, including in the celebrity hemisphere, with stars like Bressie opening up about the importance of speaking up about our feelings, as Darragh puts it, “as we would with any physical illness.”

Overhead, The Albatross are no strangers to the Cork live scene either, having played here regularly since 2010 and supported Kodaline at The Marquee in 2015. Darragh insists the city has always had fond memories for the band and is looking forward to their next trip to Cork [Cyprus Avenue on April 29]:

“I remember at our first gig in Cork there was another [Cork] band called Slugbait and we were just playing on the floor in this tiny bar. We played Cyprus Avenue last year and although I don’t know the city that well we’ve always had a good time there and I’m really looking forward to it actually.”

If their album is anything to go by then Overhead, The Albatross will be a mainstay in Irish music for the foreseeable future. Their trip to Cork in April will hopefully not be their last to the south!