Leanne O Connor Desmond chats with Morgan MacIntyre and Gemma Doherty from Saint Sister about their beginnings, successes and trips around the globe.

It was Morgan who reached out to Gemma to start a band back in 2014. Prior to the creation of the band she had been working as a singer-songwriter on her own and her move to contact Gemma was a decision of two folds. On one hand, she wanted to collaborate in a true sense with another musician but also, as she herself puts it: “I really sought out that kind of relationship.”

What kind of relationship I found myself asking? Well, as the girls explain to me, they went from not knowing each other to suddenly spending all of their time together. “I guess it’s surreal to meet someone and then, all of a sudden, spend all your time with them. We just decided to  try this.” And we’re certainly glad they did: Saint Sister has been rising through the ranks of up-and-coming artists, producing earthly and natural tones to delight the ear.

Curiosity got the better of me and I had to ask about their name, Saint Sister, one they had clearly put a lot of work into.

They explained to me how they had wanted a name that not only echoed their mystic tone but that also spoke of a womanhood that was defiantly female and had a power to it. Hearing them insist upon the philosophy behind their name was inspiring.

Morgan also found the time to share an interesting titbit with me: “We were originally ‘O Sister’, a name my mum had come up with”, she says with a reminiscent laugh. She goes on to proudly state Gemma was the person who thought of Saint Sister. The importance of family to them as a band was obvious when they told me they both had sisters, and that that kind of important relationship fed through as they thought of their name. I was enchanted by their dynamic: it sounded to me as if each had found a sister in the other.

For anyone yet to listen to their captivating music, Saint Sister create a sound that is unique and mystical. The tones of traditional instruments and pop meld together into a wonderful auditory experience. This is a band that is most evidently writing from its core.

I enquired about their unique sound, searching for any inspiration they might have had in its birth. Gemma talked about how their sound was born organically; it was the running theme of their approach to the band. “I’ve been playing the harp since I was small and that’s always been my first instrument. It’s what I would naturally go to when writing and performing.”

One of their songs I found particularly poignant and beautiful was ‘Castle.’ They were only delighted to explore it in more depth when I gushed about how much I loved it! The song, in its core, is about family; specifically modern family. It’s a very simple concept but also one that’s not explored that often.

Morgan drew parallels between the song and her and Gemma’s own families. I found myself treated with a hilarious anecdote. “At a gig both families will always say, ‘Oh, it’s not about us! It’s not about us!’” We all laugh as Morgan explains how the song really isn’t about anyone in particular. She and Gemma wanted to explore the true meaning of relationships, whether with a lover or partner, or even a mother, sister or father. The sum of your family and your experiences, they say, combine to make you. “There are relationships that are fragile and need a bit of help and that’s alright.”

Morgan and Gemma then talk to me about touring and the festivals they have played. They claim they are ‘a boring band’ when they are on tour. This, of course, was their way of waving away compliments of how hard working they are. A band truly dedicated to their music and performances, Saint Sister work tirelessly on tour to make sure that their audiences get the best experience they can offer them.

They spoke highly of their time at Glastonbury describing it as “eye opening.” Morgan and Gemma explained how amazed they were at the sheer size of the festival and told me how lucky they were to have had such an amazing opportunity, as well as such excellent support from their fans.

And with the duo headlining at Cyprus Avenue on the 6th of November, I’ll give you just one piece of advice: be there, because they’re certainly a band on the rise!

A Global Problem with a Global Solution 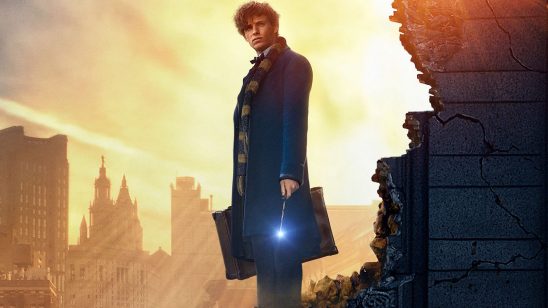