Amy O’ Regan Speaks To Conall O’ Breachain, Drummer and Co-Vocalist For Irish Duo We Cut Corners About Their Latest Album Release,Their Favourite Venues To Perform In And Their Gigging Plans For The Years To Come

It was over ten years ago in college that Conall and John first came together as a Dublin duo. It was during this time when they attended teacher training college that they realised their similar taste in music preference and came together to collaborate on their first song, “we wrote our first song for a song contest on in the college at the time and continued to write ever since” Conall informs me in a chirpy tone of voice, and I don’t doubt the pairs hard work and commitment to their craft one bit. Since 2009 the pair have come a long way in the music scene, having hit upon a new formula that they are very happy with and completely changing their original acoustic folk-like sound to incorporating different styles like the drum-guitar format, which changed the dynamic completely and allowed them to write songs in a completely different vein. Curiosity got the better of me and I had to ask about the main message throughout their songs on their new album release ‘The Cadences Of Others.’ Conall explained for me that although there’s no specific message in each of their tracks, the album is more about the concept in which different people experience different aspects of life, with the first track on the album called ‘Middle Kids’ describing the feelings of being a middle child in the family, while another track on the album, ‘Of Whatever’ documents the apathy that seems so prevalent in today’s society which can essentially lead to stagnation and bad things happening, with ‘apathy the verses sort of take the form of a relationship between two people and how that apathy sets in and how it causes the relationship to disentegrate.’ Conall highlights for me how the title of their new album release, ‘The Cadences Of Others’ sums all of it up, ‘it’s sort of an allude to the unique way each person experiences the trials and tribulations that we go through.’ 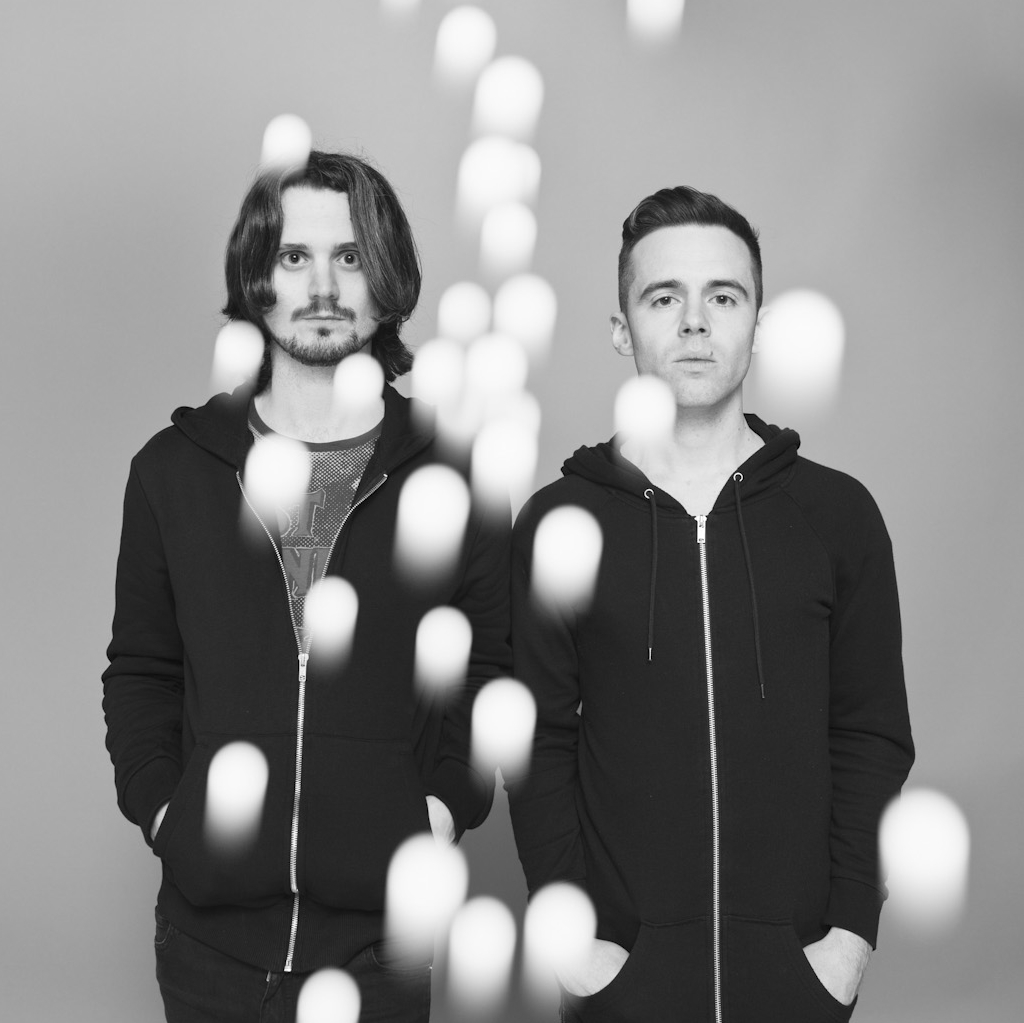 Conall also found the time to share an interesting titbit with me: “We’re trying to be 100% in the moment with this record, we’re trying to enjoy every aspect of it, whether it’s doing interviews with people like yourself or whether it’s playing shows or performing live in studio sessions and that and not trying to think too far into the future because theres a danger that if you start focusing on the future, you won’t enjoy or get as much out of the present,” although he says it in such a soft manner, the seriousness of the issue is more prevalent that ever before and within the music industry, it’s very important to be two steps ahead of competitors for most musicians, ‘there’s certainly a danger when you’re in a band that you need to be constantly thinking what’s our next step, what’s our next step.’ However, the duo seem to have their work cut out for themselves, with brains to burn, fantastic song-writing skills and positive go-lucky attitudes, we’re not a bit worried about the pair making it within the music industry, I mean look how far they’ve come already in the last 7 years.

A major highlight in their success was in 2011 when the lads produced their first record, ‘Today I Realised That I Could Go Home Backwards,’ shortly followed by their second record in 2014 ‘Think Nothing.’ Their latest album release ‘The Cadences Of Others’ just came out on Friday the 4th of November, which was a long time in the making, “The recording was a process which probably started two years previous to that, where we built a recording studio in a chapel on the grounds of where John and I went to college.We worked with an Engineer called Jimmy Eevie and another Engineer called Peter Ashmore and we spent nine days in the chapel recording the sort of bones of the album. We spent the following year writing the orchestral arrangements and collaborating with people like Conor O’ Brien from Villagers who recorded bass on all ten tracks from the record and an ensemble of string players called the Fratres String Quartet and also members from the Booka Brass Band.”

“What you need to be focused on when you’re playing a gig aren’t the sounds around you in the room, it’s the sound that you’re making yourself on stage and to make sure that you’re in the music and in the songs and in the words as much as you can be… your focus should always be on performing to the very best of your ability.”

Finally, Conall talks to me about the pairs love for gigging and favourite venues to perform in around Ireland, “Cyprus Avenue or Crane Lane in Cork, which we’ve played in when we were down there and enjoyed immensely. There’s always a lovely atmosphere in Cork. We see the same faces when we go back and new faces but we do love the passion that the Cork people bring to We Cut Corner shows and we very much appreciate it, The Spirits Door in Dundalk is another lovely intimate venue, but the Olympia in Dublin has to be my favourite if I had to pick one. We were lucky enough to play the Olympia three times at this stage and everytime it’s just a privelege and a joy to walk out to such a historic stage in such a historic venue.”