Fifi Coughlan examines the influence of the Eastern world on a Western, high street society.

With Middle-Eastern luxury sales booming it’s no shock that the traditional Muslim garb of the hijab and the abaya have infiltrated into the haute market. Middle-Eastern customers are one of the top buyers for luxury goods with the Muslim customer globally spending over $260 billion on fashion, The Asian and Russian markets also making a dent on the global expenditure of luxury goods. High fashion venders cleverly cash in on the Eastern market, leaving the wealthy Muslim population, with a taste for opulence, open to more options for high fashion, such as a collection by Dolce & Gabanna featuring embellished and decorative hijabs styled with their not so modest accessories featuring flower patterned handbags, sunglasses and even phone covers.

Designer, Anniesa Hausban created history at New York Fashion Week’s Spring/Summer offerings this year for being the first designer to present traditional Muslim attire on the runway. The Indonesian designer broke new ground for traditional Muslim wear with her soft colour palette of pink and blue hues and luscious silks, exhibiting how east meets west and amplifying the traditional to the contemporary. With 1.6 billion Muslim people in the world, it is only natural that Islamic wear would make an impact on mainstream fashion, such as retail giants H&M featuring a Muslim model, Maria Hidrissi in their campaign last year, expressing the demand for modest fashion and Islamic models alike, displaying the fashion conscious, modern Muslim woman who styles her classic white tee with an on trend dusty pink teddy coat. 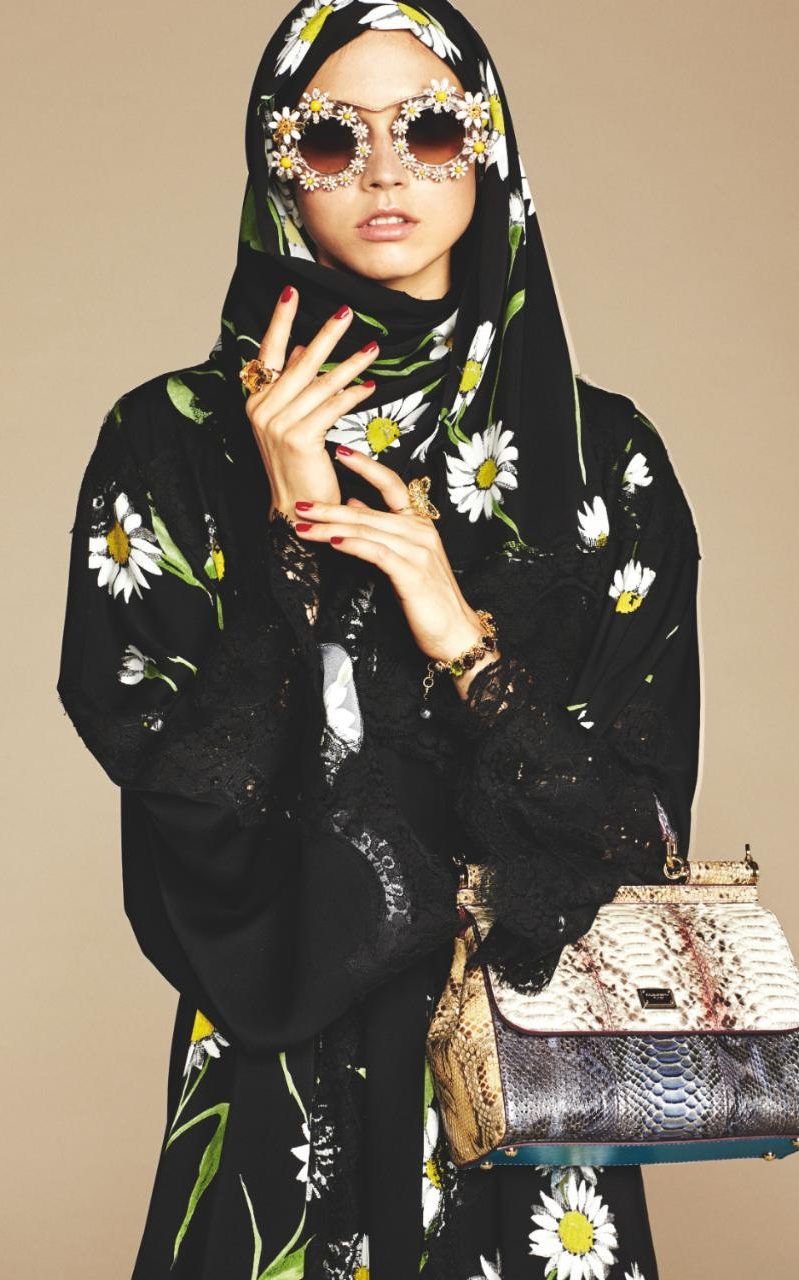 Online retailer Haute Hijab https://www.hautehijab.com/ provides an array of chic scarves for the Muslim shopper including brightly coloured, flower patterned or more demure black and white hijabs all at a reasonable price, allowing options for Islamic wear. The prominence of Muslim bloggers has become apparent as of late, with their non-compliance of western beauty standards in their dress, due to their faith, it is almost refreshing to see an alternative taking place into the mainstream. Most notably, Muslim beauty bloggers have had an impact on the beauty world such as @hudabeauty who chooses not to veil and @lifelongpercussion who create industry standard beauty looks. While it might be foolish to think that Muslim women remain modest by wearing little or no makeup it is in fact quite the opposite with the notion of beautification of the face dating back through history. With divisive opinions among some Muslims regarding attracting attention from men due brightly coloured clothing or striking beauty statements, it is clear that the modern Muslim woman wishes to embrace her identity in a contemporary form while her faith remains paramount to her style choices.