Despite travelling across the border from Canada to America on tour with duo Broods, Jarryd James is more than happy to chat with me over the phone. Instantly I get a feel for how down to earth and unaffected this guy is. He apologises for the delay on the line and seems eager to have a genuine chat with me.

The Brisbane born singer-song writer’s chilled disposition is fitting after listening to his new EP High which consists of a mix of ambient R&B and electropop songs. Dreamy and smooth incorporated with an almost nightclub like beat.

Born in Brisbane and raised in a small farming town three hours west of the city, the 31 year old has embodied the ideal of moving to the big city and making it on his own. His single ‘Do You Remember’ reached number two in the Australian charts in 2015, and the song also won him Best Pop Release at the ARIA Music Awards in 2015 plus four more nominations.

He has also had the chance to work with Grammy award winning songwriter Joel Little, who has worked with many major artists such as Lorde, Sam Smith and Ellie Goulding. Regardless of how these are two powerful artists working together, Jarryd laughs when he describes writing with Joel: “Our sessions are normally just both of us sitting around drinking beer, then we write a song in between beers and that’s how we do it.”

‘Do You Remember’ certainly echoes that chill vibe, while having just enough of a strong beat to be a radio favourite. The song has been described as a refreshingly original hit which showcases Jarryd’s remarkable falsetto. However, he remains extremely humble and genuine when he speaks about the single’s success saying, “Me and Joel both had a feeling that we had a song that at least we loved and we thought was pretty special. It was just great that other people agreed with us.”

Undoubtedly he listens to his gut and produces music authentic to himself. He continues to tell me how he believes that sincerity is the best way forward in the music industry, and how more often than not songs that come from a musician’s experiences are the ones that leave the biggest impact. He muses that the industry has become a place where people try to squeeze themselves into the boxes of genres that are current, without taking time to reflect on what’s true to them as artists.

While initially uncertain that he is experienced enough to give advice to budding musicians, he does seem certain on one thing as an artist – honesty. “Make something really honest, make whatever just flows out naturally. That’s the best thing to do. Some of that stuff turns into the songs people like most in the world, the stuff that comes straight from the heart. That’s all I say, be honest”

Undeniably, the singer has more musical experience than he gives himself credit for. He was seen as an old-soul in his youth when it came to music, having listened to a lot of Stevie Wonder, Bob Dylan and The Beatles, citing these artists as his inspirations today. He played instruments from a young age, and was classically trained on the trumpet growing up.

In his teens his passion developed further when he picked up a guitar for the first time and taught himself how to play. From then on he dabbled in various instruments such as the piano, using these as accompaniment to his favourite instrument – his voice. It was only in his early twenties, however that he made the decision to start writing songs.

Following this decision he played in a band for a few years, however quit music completely in 2012. After being forced to abandon something so central in his life, he used this time to turn to community work and began dealing with young people who had suffered serious abuse and trauma. While he never draws directly from the experiences of these people as inspiration for his music, he does believe that it is something that subconsciously influences him while writing. He doesn’t underestimate the power of music and the kind of effect it can have on someone, regardless of genre. “It is one of those things that calms people down. I want to make music that can take someone away from whatever is going on with them at the time.”

It’s clear that his music has certainly struck a chord with millions throughout the world as he is currently on tour throughout the US with Broods. “You see a lot of places very quickly”, he deliberates when I ask him where his favourite place on tour has been. “You don’t get to explore a city as much as you’d like, but it’s cool because you get to get a little taste of where you want to come back to visit.” 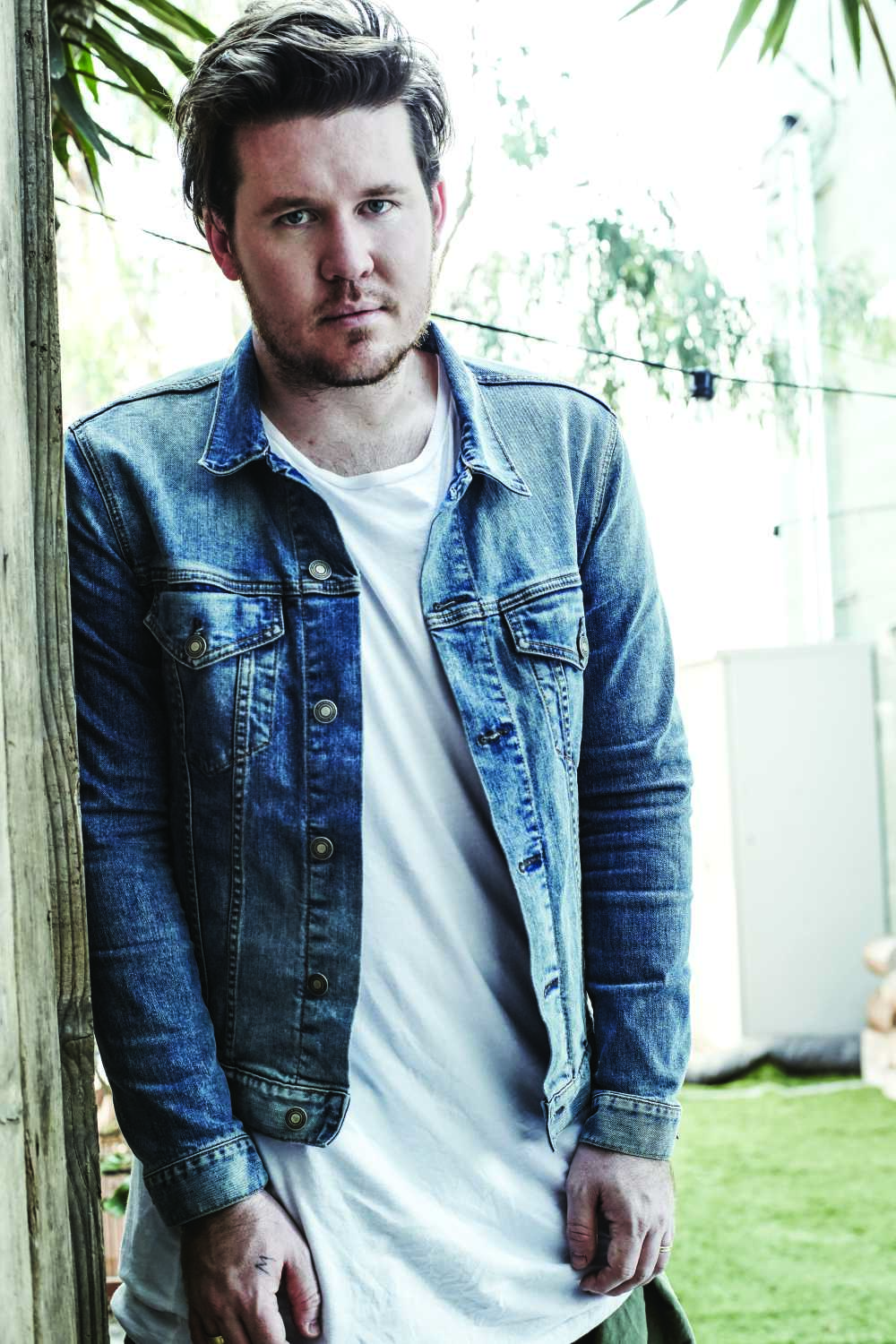 Diversity seems to be what appeals to Jarryd the most, who even acknowledges our capital as a great place to perform. “When I played in Dublin it was pretty amazing just to be there because I had never been before. I think variety is my favourite thing about travelling and performing. I don’t necessarily have any definite favourite places.”

His genuine nature has been extremely striking throughout the conversation. He’s a man determined to succeed after past failures, wanting to always write better songs. It seems he wants to keep his music simple, focussing on the purity and rawness of his voice before embellishing it in anyway.

However, he repeats that he’s not afraid of variety, even in his music. The lead track of his EP High, ‘1000X’, is a poignant love ballad sung as a duet with Georgia Nott of Broods. Having initially written and recorded the song, James decided not to release it on his debut album Thirty One. It was only when Georgia Nott stepped in to perform it as a duet, did the song become complete.

Other tracks like ‘Sure Love’ demonstrate a soothing ambience, while ‘Do You Remember’ retains that atmosphere with more of an R&B twist. For future works James says he’ll try and keep it simple but is not afraid to add something new to his music. “I mean the whole thing is centred around how I sing, but I love working with people I’ve never worked with before, people who bring a different colour to the whole palette. I’m just going to keep on singing how I love to sing and whatever happens after that I’m down to experiment.”

Regardless of what colours are brought to his musical palette, I’m sure all his fans, myself included, will be excited to see what Jarryd has to ‘paint’ in the future.