25 years ago a story 65 million years in the making was finally  brought to the big screen by director Steven Spielberg. I’m speaking of course, about Jurassic Park. A story first realized within the pages of  Michael Crichton’s novel of the same name, which received both widespread critical and financial success. Crichton is notable for several other works including Congo, ER and Westworld

Filming for Jurassic Park began on August 24th 1992 with a budget 63 million dollars. A sizable chunk of that 63 million was to be plunged into developing the special effects technologies needed for Spielberg’s Dinosaurs to be brought to life and ready for their release dates of June 11th 1993. Initially Spielberg had planned on using stop-motion animation for his creatures but upon seeing the potential of computer generated Dinos he snapped at the opportunity and as a result Jurassic Park became a  pioneering film in the realm of special effects. It featured the most life like creatures ever put on screen at the time.

Cleverly Spielberg decided to use practical effects by Stan Winston Studios for most of the dinosaur close-ups. Artists and engineers created animatronic puppets for several of the dinosaurs including a live sized T-Rex that was used in the breakout scene. This scene was initially supposed to be shot in the dry and last minute Spielberg requested rain. As a result to rubber skin of the T-Rex took on too much water and the extra weight caused the Rex to rattle from side to side. Stage assistants were needed to continually dry the Rex down with towels.

Jurassic Park featured a proper star studded cast too. Jeff Gold’s, Dr. Ian Malcolm serves up some of the most quotable lines in cinema history, insisting that “life, uh, finds a way”. Images of Jeff Goldblum splayed on a table, shirt ripped open will live on forever through the power of the internet. Richard Attenborough’s “Welcome to Jurassic Park” will echo through pop culture forever. Can’t forget Laura Dern as Dr. Ellie Sattler, the most badass paleobotanist in any film ever!

The production of Jurassic Park was not without its setbacks as on September 11th the  Hurricane Iniki hit the Hawaiian island of Kauai where filming was taking place. In fact the delays resulted in Samuel L Jackson having  his death scene cut from the movie. However the crew would persevere and Jurassic Park would release on schedule.

Jurassic Park soured to the top of the box office, earning 914 million dollars world wide making it the highest grossing film of all time. A title it would hold until James Cameron would release Titanic in 1997, a film that features exactly zero dinosaur.

Along with financial success Jurassic Park received critical praise as well as several awards including 3 Oscars ,for Sound Mixing, Sound Editing, and of course Special Effects.

There was Jurassic Park everything in shops. Toys, action figures, pencil cases, books and even Christmas crackers we slapped with the Jurassic Park Logo. It had become a worldwide phenomenon. It is a bit cliche to say,but it really did capture the imagination of the public. People had never been exposed to Dinosaurs like this not just movie monsters but living breathing animals. Children all over the world grew to love learning about dinosaurs and science and it can all be traced back to Jurassic Park. Traced back to the moment the T-Rex breaks out of it’s enclosure after rippling the water in the glass. An effect that was achieved by running a guitar string under the glass and plucking it to achieve the ripple effect. Spielberg and his team of effects wizards,along with his stellar cast managed to created film that would stand the test of time and continue to be a pillar of cinematic achievement.

Naturally Jurassic Park spawned many sequels including this years Jurassic Park Fallen Kingdom, but none of the 4 subsequent films have managed to recapture that sense of wonder achieved in the first movie.If you haven’t guessed already I really love Jurassic Park. I was one of those children who carried his dinosaur toys everywhere and constantly stomped around making horrendous screeching noises pretending to be a dinosaur. The visuals,the characters the brilliant John Williams score all combined and just turned my impressionable young brain to mush.

Jurassic Park like dinosaurs themselves, has stood the test of time.a film whose message about man’s inability to control nature is as poignant as ever. A film that many might not have seen in a while but when you get the chance please do revisit this fossilized gem, after all it’s Jurassic Parks Birthday. 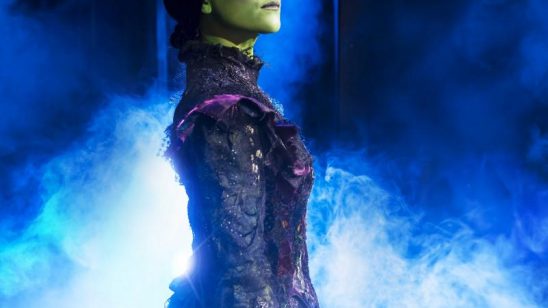