After a certain amount of premeditated hype, and a bucket load of strategic promotion, the ‘Kendall + Kylie’ clothing line has arrived.

The collection, the first of its kind to be launched by the somewhat entrepreneurial sisters, is on paper, a step in the right direction for the fashionable duo to make their mark on the fashion industry.

The result however, is a sorting of completely underwhelming and forgettable pieces. Ranging from the not so bad (a leather shift dress with asymmetric detail) to the downright ugly (an off-pink jumpsuit made ridiculous with Dalmatian spots), the clothes are inexpensive looking and geared, with a limited girlish aesthetic unable to compel, towards the teenage demographic. 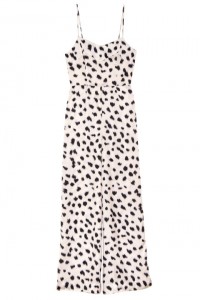 Other items include high-waisted checked pants, crop tops and sun dresses and all draw from a neutral palette of soft pinks, blues, black and white. 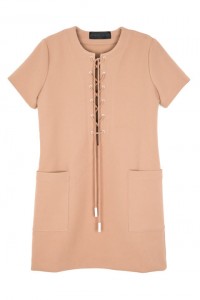 However, the collection’s saving grace is the shoes. The footwear is undoubtable lovely, and ranging in styles and electric and muted colours, it’s the somewhat disconnected glory moment of an underperforming scheme.

Strangely, you’d think that a collection signed off on the names of two of the most influential young celebrities of our generation, a supermodel and a beauty guru respectively, would reap the awards. Especially so in relation to previous collections released in cooperation with other brands. Kendall and Kylie’s previous and ongoing work with the west coast based PacSun and with Topshop’s summer 2015 feature showed far greater diversity and a more obvious understanding of modern style – that is a careful combination of striking modernity with a classic outlook – than anything found in ‘Kendall + Kylie’.

Interestingly, PacSun are to release their Spring collection in collaboration with the sisters around the same time, the description of which, with a nod towards seventies’ vibes and the film ‘Almost Famous’, already sounds so much more appealing than the girl’s own brand.

One of the greatest faults of the collection is that none of the pieces resemble anything close to the personal styles of the Jenner’s. While Kylie favours an urban, ‘too cool for school’ edge, Kendall is credited with a daring but classic sense of high fashion that most off-duty models opt for. Of course the campaign is marketed with the belief that purchasing from this line will, as MTV puts it, have you “dressing like you’re a long-lost Kardashian sister.”

But let’s not believe the hype hmm? Even more confusing still, is the elder sister’s insistence that this is the pinnacle of their adventures in fashion so far. “We’ve grown up a lot in our tastes and point of view”, she says “and it feels amazing being able to express that in a more sophisticated collection.” For a young woman used to receiving packaged 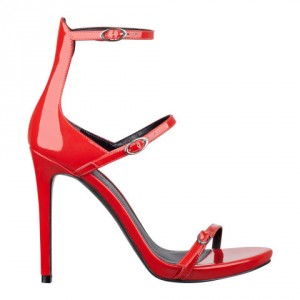 parcels from Givenchy at her front door, it’s a sentiment slightly out of sync.

It has to be said, the line is not a total disaster. In fact, it’s saved momentarily by footwear. Simplistic but trendy, electric yet chic, the shoes are undoubtable lovely. It’s an unexpected element of the line, a somewhat disconnected glory moment of an under-performing scheme.