There can’t be anybody else doing what Kneecap is doing, and if so, certainly not as well as these lads from West Belfast. The opening song for their Cork set was “Tá na Baggies ar an Talamh”. Your first thought when they play this is, “Jesus Christ I have joined the IRA.” This is aided by DJ Provaí’s balaclava-wearing performances. Your second thought is “And I don’t care. This is fucking brilliant.” Kneecap’s energy is infectious, and it spreads in viral proportions. The gig was certainly not for those who fear mosh pits. Woe betides anyone who is particular about personal space bubbles. But, for the brave, the catharsis of screaming “Ná fucking éist le RTE” in a group of strangers is unparalleled. This is the Irish language as you never could have conceived of in school. At any given point during the gig, the crowd enthusiastically screamed fuck various things, RTE, sniffer dogs, Gardaí, the DUP, old people, bouncers (Moglaí Bap hugged one of the bouncers on stage while gleefully screaming “Fuck Bouncers” repeatedly. They seemed like mates).

“Aye I can see why it’s called the rebel county,” exclaimed Mo Chara, which was met with raucous cheers. At one stage Mo Chara asked attendee’s to buy merch with a rallying chant of “More Merc, More Drugs.” The performers know exactly how to manipulate a crowd and after the gig, I spoke to the T-shirt sellers, they sold very well. Kneecap is well and truly compelling. Particular performance highlights were “Gael Gigolos”, which is a song which tells of how Kneecap get into trouble with the IRA, and in order to pay back a debt, Mo Chara and MóglaíBap, pimp themselves out to old people. It includes lyrics which I am particularly partial to: “Fucking old people/I’m an opposite pedo.” Genius. Their latest single “Fenian Cunts” was opened on the basis that it was the first love song they had written. It’s about the band trying to chat up two unionist girls. Explosive stuff.

C.E.A.R.T.A was the closer, maintaining the hype and energy right through the end. This song was Kneecap’s first hit, written in response to the Irish language act.  The crowd zealously screamed the chorus with enormous vigour, and there is something special about seeing a language you always considered so unsexy growing up transform into an anarchist’s cry. As you would have ended a “Timpiste” essay in school, ní deanfaidh mé dearmad ar an lá sin go deo. 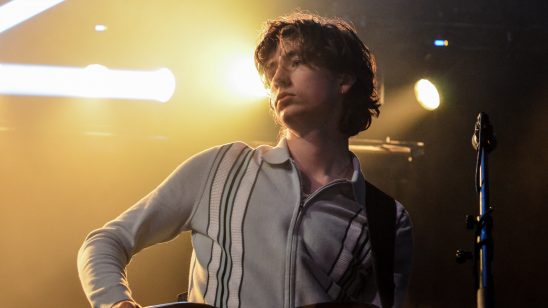 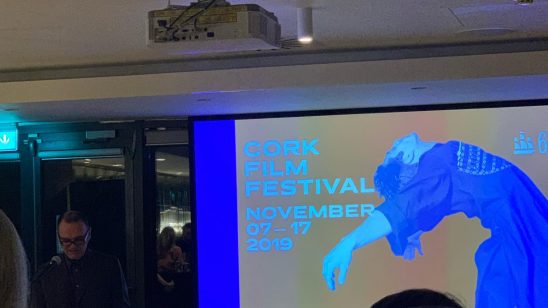