I’m going to go ahead and say that if you’re reading a piece about labour in the games industry, you have at least some passing interest in using your degree to enter the business in some fashion. If you do, no matter what area you hope to find yourself in, having a decent understanding of the conditions you’ll be working under is important. And even if you just like playing games, you should be aware of the production behind your purchases. So, let’s look at some of the more uncomfortable aspects of labour in games.

At a glance, there are three notable places of work today: large scale corporate development which can involve hundreds (Ubisoft), small team independent studios in the tens of people and lower (Fullbright), and home office individual developers (Chucklefish). But the world of games is big and growing even larger. Though it might not seem like there is much space for gross exploitation in these examples, over the past few years we’ve heard more and more stories of how people from all walks of the game industry have struggled with labour conditions as an overwhelming and difficult thing. From what we can see there are a few major issues that always come up in development: crunch (this is where workers are forced into extended, stressful hours to finish a project before release date), job instability and the fact that wages are on average a quarter less than the rest of the tech industry.

Employment in the games field is often a precarious and exhausting affair. Most workers are there because it is a passion employment. But passion is not a reason 17% of a group of people should be working a 70+ hour week, with an ever-looming threat of being laid off. 14% of the 2014 Gamasutra salary survey said they had been laid off that year.  The IGDA (International Game Developers Association) report in 2015 on this revealed that 62% of workers still have to work crunch, and most will average 1 year of unemployment before going between 2.7 employers within 5 years (and for freelancers this is 4.6 per 5 years). Most reports from the IGDA and others are similar. These figures are not an anomaly. But they very much should be. They aren’t just stats. These exhausting conditions aren’t good for the whole mental and physical health thing.

In the industry, we hold up “innovation” as one of the core traits of a great game. But have fun reinventing how stealth mechanics interact with verticality while sleep deprived and anxiety ridden.

Even worse there are cases like the shovelware developer Sensory Sweep owing workers $1.2 million dollars in unpaid wages. Unfortunately, this isn’t just dodgy devs either. In a more mainstream case Crytek failed to pay their workforce for months last year. Take that in the context of the 11% of people in the IGDA report who are responsible for elderly care. Expecting people to juggle an extended work week, rent, family care and all the machinations of adult life on top of not getting paid is not good enough. It is no wonder so many suffer from burnout in the industry; this is just exploitation.

How do things like the Crytek case happen and why do people put up with poor treatment across the business? For one, most people working in the industry do it as a passion. They hope to make a game that will impact someone in the way their childhood favourites have, or simply because they really want to create in the space of games. But moreover, I think a major reason things like the Crytek case happen is that games, like many modes of creative production today, are deeply steeped in an unsettling type of corporate culture. The IGDA itself isn’t even a union but an advocacy group and past board members haven’t proved very worker friendly. Mike Capps for instance, formerly of Epic Games, is noted as saying they would not hire anyone who refused to work a 60-hour week. How can you expect people like that to “advocate” to empower workers beyond exploitation and expendability?

The way this type of culture has enveloped the scene is so deeply frustrating. Games are a sector where the act of creation could be a deeply social thing. Let’s take for example, an industry leader at the moment, not a struggling dev house. I was recently watching a documentary on last year’s DOOM, it was plain to see the crew over at Id Software are united by a reverence for the company’s golden history. Plush models of game characters’ rest behind monitors and the interviewees speak with that ‘passion’ that people like Capps very much like to talk about (alongside stating that crunch is a necessity). But, the recent past at Id is beyond troubled. The common industry wide motif of the old guard, like development legend John Carmack, leaving on bad terms to be replaced by fresh faces is present.  These new workers come to Id, excited to contribute to the canon of the storied studio. Their enthusiasm leaves them vulnerable to the problems that are evident throughout the industry, with no real power to oppose them, as well as a myriad of other problems.

In a 2013 piece from Kotaku, Jason Schreier reported a constant bleeding of workers and a general dissatisfaction among them with management’s treatment of their labour and projects. “You’ve got these different cultures and they’re all kind of jammed together,” said one worker. “Most of [Id’s] top talent has left or been fired,” according to another. And, lastly, “It’s not going well… Poor management, poor organization… [Id] just couldn’t nail down design… It’s just a mess”. Job instability like this is not exactly something you want to rest on your mind, especially when this “mess” was meant to be your dream job.

Although the 2016 title succeeded, it took 8 or 9 years of stumbling and the scrapping of DOOM 4 in its entirety to get there.

This is not an issue based on individual cases though, it is a structural problem at the foundation of the industry. I can’t stress that enough, this is about labour as a structure in an industry rather than a case by case basis. Games need a major shift in how labour operates as a whole, far from the world in which it functions in now, where even industry leaders struggle to foster a stable work environment. What should be a deeply social type of production is atomised in the current form and workers are forced into antagonistic rather than co-operative relationships which contributes to a lot of the problems we saw at Id.

It’s not all cloudy skies on the horizon however. The first major step in empowering workers in games was taken last year. SAG-AFTRA, representing voice actors in the business, organised strike action against eleven companies for better pay and compensation for things like stunt work with motion capture, vocal stress, and better residuals for successful projects. It, for the first time, provided a counterweight to the massive power imbalance between worker and employer in the business, even though it was generally not too radical in its demands. I think it’s time the games industry finally grew out of this corporate culture and into a more positive, social form of labour and creation. That cannot be done without risk or imperfect action. It will take time and sacrifices but having these widespread conditions is just plain harmful to the people working under them. A common love for the medium, which should act as social solidarity in production, is drained along with the dreams behind it by a cynical machine of production. But, there is room now to work to create material change in people’s lives by reshaping how power in labour is balanced. Hopefully people will see SAG-AFTRA take this step and work alongside them to organise the games industry, making it a better place to work and create. 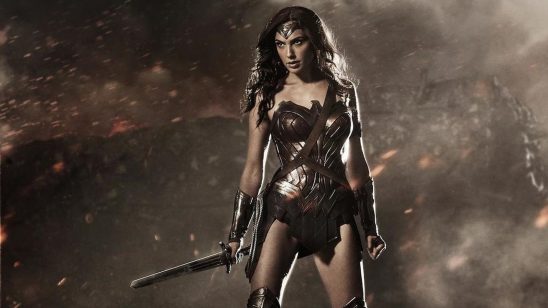 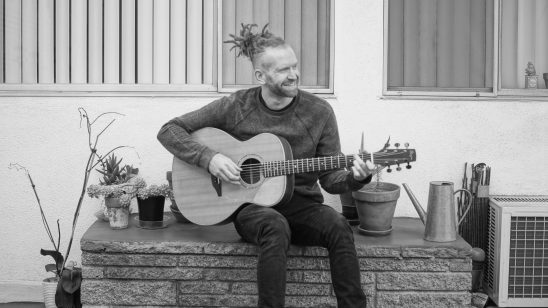