Rachel Muckley discusses the trials and triumphs of Wyvern Lingo with Caoimhe Barry, who juggles the band’s vocals and drums.

Following the release of their new EP and single Letter to Willow, the trio, namely Saoirse Duane, Karen Cowley and Caoimhe Barry, are swamped in anticipated marketing, gigging and as I found out, planning for more music in the not too distant future.

It’s clear, as I listen to Caoimhe discuss how the new single came to be, that the music making process is quite a mixture of wide spontaneity alongside the band’s personal, intuitive touches.

“Letter To Willow, specifically, has an ultra‐pop feel. It’s definitely the closest thing we have to a pop song. We had a lot of fun in the studio, a really good time. We took a lot of inspiration from Genius of Love and the Tom Tom Club which has a lot of strange percussion sounds and wanted to go with a quirky feel, something synth bass heavy and drum heavy as well.”

The music video sees the trio indulge in their artistic sensibilities. Through fading and blurring compositions and wind machines in full glory, it makes for a subtle edge to a song already very eclectic. Caoimhe discussed how the band imagined the follow‐up visual to this track.“We worked with Simon Eustace and Glen Collins [of Pull The Trigger Productions] and they did a great job, we loved it. We had a lot of failed attempts shooting it that day, trying to get the perfect shots and with confetti canons and it being filmed in slow motion. The actual track that we were singing along to was hilarious! It was a big production too, there was hair and makeup and people taking our orders for food.”

They are bashful and the sense that ego has not replaced gratitude comes across greatly from Caoimhe. She tells me she remembers thinking: “This is class, I feel like Rihanna!”

It was around the time that Karen and Caoimhe starting featuring vocally in Hozier’s music that the band released their first EP The Widow Knows, an era Caoimhe claims sounds aliens to her now: “It was an essence that we were a bit of a hobby band at the time, we weren’t cohesive with a vision.”As an act that planted its roots during its member’s school days, she explains that their togetherness is a completely “natural thing.” She speaks about the opportunities the band never saw coming and the aspirations they had about having a career in music.

“We didn’t!” she says laughing. “We’ve been friends since we were 11 or 12 and when you’re that age, there’s not a lot of people who are mad into music. When you discover something like that at a young age it’s like you wake up for the first time. So to find each other was just great, and while we’re so different as people, [music] is the one thing that’s always kept us together.”

They went their separate ways to pursue various courses at college. At that time, the girls held their attention elsewhere, not yet realizing the great potential of the influence they could have on the industry.

“We were never pursuing it as a career! It only became a possibility after Karen and I did backing vocals with Hozier and we were like… wait a minute… maybe we could make this work if we really tried. We’ve been full time for just over a year. In that time we’ve met our label and our manager and we’ve been so encouraged by everybody. Even though we’ve been together for years, now it feels like we’re a band!”

Undeniable is the fact that this is a new wave for Wyvern Lingo. Beginning as what one critic calls a group of “bluegrass licks, gospel harmonies, and with insightful­beyond­their­years lyrics”, the band have since turned to “fun pop” to send their music out onto the market. I tell  Caoimhe how impressively striking the music is, how there’s something to be said for the authenticity of melody driven acoustics that these friends have made their own and the emotion it can capture. I wonder where this inspiration has come from, and how they have kept the balance between pop and sonically original songs.

“Incidentally, we don’t write loads of love songs! We’re inspired by stories. For example there’s a song on the EP called Beast At The Door which is about a cartoon that I saw when I was 5 and it reminded me of someone that I met in real life recently. To write with two narratives in mind is something that we do a lot. Because we’re three different writers we have to make sure we are working with the same themes and we talk together a lot about what interests us. We’re writing a lot of new music at the moment that deals with gender, that vulnerable position you can be in sometimes as a female. We have to be really honest. It’s our point of view … it’s a female point of view.”

With such great success at home and internationally, having recorded three of the new tracks in Germany and touring extensively with Hozier, the musician continued by reflecting on their experience abroad in contrast to a home reception.

“When we’ve been away with Hozier, those gigs have been huge. It’s a different way to gig because you’re trying to win over the audience, and it’s a bonus if they clap! So if you do win people over [as a support act] then you’re delighted. Touring with Hozier this January was so good, the reaction was amazing. We’d come off stage and there would be loads of tweets and good reviews. We also did a headline gig in London which was packed. We’ll be trying to do more UK shows this summer.”

Momentarily departing from the more uplifted talk of crowd pleasing, I take an opportunity to probe about the more challenging aspects of working in the music industry today ‐ sexism, ageism, discrimination of any kind. The question is met with contemplative silence and a hesitant response.

“To be honest, no! We have our team who are very interested in us. In terms of prejudice of any kind, we haven’t come across that yet, thankfully. I don’t know is it because we’re a band, we’re more solid.”

Further contemplation ensues and after a moment she speaks again, but this time with far more contempt in her voice.

“The only thing I could ever say, and this has only happened in maybe two reviews, is that someone made a point of saying that we write the songs ourselves and play our own instruments, almost condescendingly ‘Aren’t they great!’ You wouldn’t say that if it were all lads in a band. Of course you write your own songs and play your own instruments, it’s not a novelty!”

We move on to more positive effects on the group, speaking about what Caoimhe considers the band’s great achievement to date.

“God, I mean I’m pretty excited about today. We’re going on The Late Late Show and we’ve more likes on that post than we’ve ever gotten before. So I hope tonight goes well. I would probably say that it will be our proudest moment to date.”

Before we part ways, I put one final question to the talented singer‐songwriter: “Caoimhe, you have an upcoming gig in Cyprus Avenue on the 26th March! Are you looking forward to playing in Cork again?

“Yes, absolutely! The [Cork] crowds are always so enthusiastic, they sing along to songs that we haven’t even released. We’ve a few diehard fans down there. The last time we were there we did two gigs, one in the city and one in Ballincollig, and they were both the best gigs of the tour. We just love playing to Cork, so yeah, can’t wait!”

‘Letter to Willow’ is available now. Wyvern Lingo play Cyprus Avenue in Cork on the 26th of March. 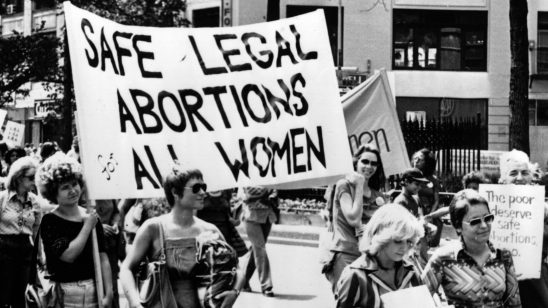 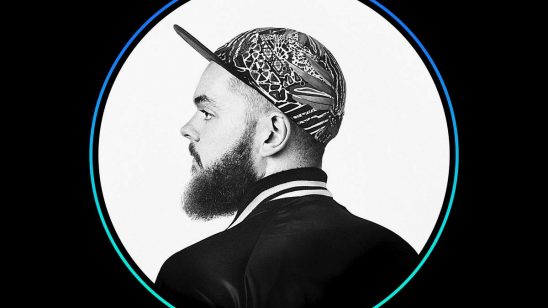