It was January 2020 when James Leonard from Knocknaheeny, Cork became a household name. His story of addiction, imprisonment and homelessness offered the nation a previously unheard insight into the trials faced by those living in areas subject to devastating neglect and stigma.

Speaking to Tommy Tiernan on his RTE show, Leonard explained that Knocknaheeny, “was probably the most deprived area in Cork,”. An area where the absence of suitable role models led to the idealisation of joyriders and drug-users among its youth. Speaking on the lack of opportunities offered in the area, Leonard eloquently put it, “You could walk to UCC in about fifteen minutes from my house, but it may as well have been a million miles away.”

After the imprisonment of his father at a young age and the abandonment he felt from the education system at secondary level, James started experimenting with various drugs. The initial thrill and seemingly inconsequential nature of his behaviour was quickly replaced and it wasn’t long before a harmless act of recreation became an all-consuming dependency.

As James explained it, “The craic left me.”

After a ten-year period of heroin use, recovery, relapse, and short-sentence imprisonments, James Leonard presents himself today as a strong, dedicated and inspiring man on a mission to educate and support those with a similar story to himself.

“Were you nervous before going on the show?”

Leading up to it, no, I wasn’t nervous. The ten minutes beforehand though, I thought to myself, ‘What the hell have I gotten myself into?’

Tommy had never met me before and I had never met Tommy. I was worried that he would have no mercy on me. I didn’t know what his experience was with drug users, he could have been mugged by one, I just didn’t know. It was very risky.”

How did you find re-watching the interview after?

“I couldn’t watch it properly for a long time because I was so nervous thinking about how my story would be received. I thought people would see me and think, ‘who does this guy think he is?’ When I first tried watching it, I didn’t like my accent. So I only watched it properly in November, and I could see that I came across quite well and it was actually a really good interview.”

Did you receive many opportunities as a result of your appearance on the show?

“President Michael D. Higgins actually rang the show looking for my contact details. So, I got a phone call from RTE asking me if they could give my phone number to Michael D.

“I got a phone call after from his personal secretary, so when it’s safe to do so I will be joining the president in the Áras. Something to look forward to anyways.”

You have had significant academic success in recent years, did you always consider yourself academically inclined even when you were younger?

“I always felt I was smart. I knew I was capable in primary school but I hated secondary school. I got into a lot of trouble, the teachers weren’t great and my behaviour wasn’t good due to things happening at home. I needed help and support. That just wasn’t on offer at the time.

I had no stake in my own education. CAO Points, never heard of them. Applications, SUSI, all this was never on my radar, so college was never given a second thought. I always felt I had the ability but it was never nurtured or encouraged. When I thought about college, I only pictured posh people from the south side.”

“It was only after I went through recovery that I contemplated returning to education. Going back as a mature student offered fewer distractions. I was older, I knew what I wanted in life and I had my eyes on the prize. So I started in the College of Commerce, moved on to UCC, got my bachelors, my masters and now my PhD. I had the help of some incredible lecturers and tutors that saw the potential in me and nurtured it, and from that, I’ve been published in international journals, I’ve written for local and national papers, and I have a chapter coming out soon in a British University Press book in criminology.”

Did you always want to do a PhD or was that only considered after completing your Masters?

A masters and a PhD were not on my radar at all during my undergrad. I initially thought, ‘fucking hell if I could get through three years of a bachelor’s degree then I’d be doing alright.”

It was only in final year that I started getting really good grades and lecturers would pull me up after class and encourage me to apply for academic scholarships. So I applied and I ended up getting one. I was delighted, and it meant that I could do a masters for free.

There was an award’s ceremony that October and the Dean of the College of Arts, Celtic Studies and Social Sciences described us as ‘the best of the best.’ My wife was next to me and I turned to her and said ‘did you hear that now?”

That was my proudest moment in UCC.

In the meantime, I got a scholarship to do a PhD and things just snowballed. I always had it in my head that I was only going to do this once, so I might as well do it the best I can.”

How did the idea for the Two Norries Podcast come about?

“After my conversation with Tommy, I had thousands of people reaching out to me for support and guidance, and I thought, ‘How am I going to help this many people?’ So that’s how the idea of the podcast came about. We made it, put it up for free on YouTube and Spotify and it has become very popular.

I think in the last month we had over 100,000 downloads which is insane for a podcast. It’s a great resource for students as well, as we tackle a lot of social issues with words from academics, psychologists as well as people with lived experiences.”

Where do you see the Two Norries one year from now?

“We have about 4,000 subscribers now, and I would like to get that to 10,000 by the end of the year. It’s a big ask, but with the way we’re going, it’s not unrealistic. I just want to grow the channel, I want more people listening and watching it.

It’s also going to be shown in Irish prisons which is great, along with various drug treatment centres and addiction rehabs around Ireland too, ensuring that the people who need it the most also have access to it.”

Obviously, drugs play a large role in the college experience, and often, students with little to no prior experience are thrown into the deep upon arrival to university. What advice do you have for students when it comes to drug use?

“I think it’s better to abstain because if you never try it, you don’t run any risk. In reality though, people will try it, it’s normal for people to experiment, especially for those who are out of home for the first time and want to exercise their freedom. So it’s all about being careful with what you’re using.

Don’t use alone, don’t use too much, put limits on your dosage and make sure you’re getting it from somebody you trust relatively well.

Every time you take a drug, you’re putting your life into the hands of a drug dealer, and let’s be honest, they’re not the safest hands for your life to be in. It’s about doing your research, having your eyes open going into it and knowing the risks. If you are going to use them, enjoy it because they can be fun when used in the right and appropriate way.”

What is the future of recovery and support for those suffering from addiction?

“Decriminalization. We have decriminalization for people caught with small quantities once or twice, but realistically, that isn’t relevant for 99% of people. If you’re struggling with addiction and you get caught twice, you’re not going to be miraculously cured, you’re going to get drugs again. But for a student at a house party on College Road, they’ll get away with it as that’s the demographic it helps.

It does not help anybody like me. It does not help anybody going through addiction or homelessness, they’re still treated like criminals. It just goes to show the class bias in the policies created by middle and upper-class politicians who see this as a way to primarily protect their children and grandchildren. For people in more deprived areas, however, the status quo will remain for them.

“The introduction of the supervised injection centre in Dublin is a great step though, but it will take another few years before we see the same steps being taken in Cork.”

Do you want to see more supervised injection facilities across Ireland in the future?

“Definitely. These are places where people can use intravenous drugs safely. Users can benefit from clean equipment, healthcare and a reduced risk of overdosing. There’s no risk of bloodborne diseases being transmitted such as HIV or Hepatitis because people aren’t sharing needles and it’s also a place to signpost treatment options.

A lot of people in addiction would never go near a doctor or seek medical treatment, they neglect themselves. So when they’re coming to you, you can help them.”

“Once they’re alive, things can always be turned around.”

James Leonard is the perfect example of this. 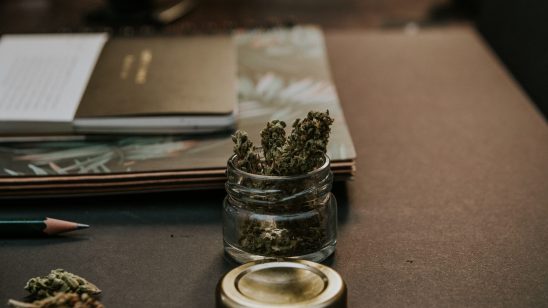 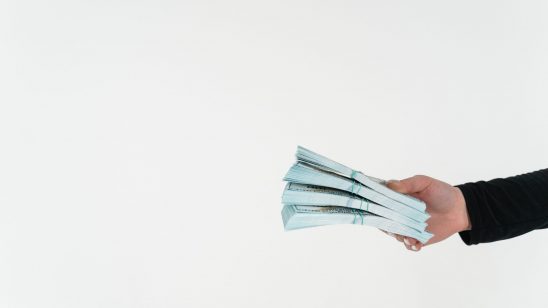